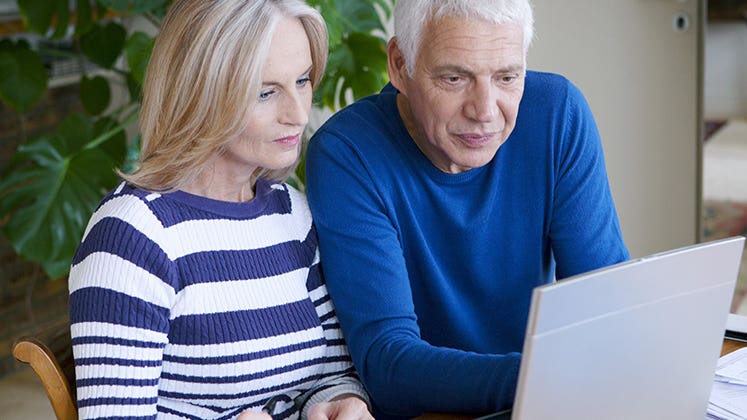 The IRS says you earn too much money to open a Roth individual retirement account. But new rules allow you to convert a traditional IRA to a Roth regardless of your income level. So why not open a traditional IRA with the intention of doing a Roth conversion so you can take advantage of the tax-free growth of your funds? It’s a question many high-income earners and their financial planners have asked, earning the strategy its own moniker: backdoor IRAs.

A quick primer on the different IRAs

With a traditional IRA, the contribution limits are the same, but you get a tax break upfront because the contributions are not included in your taxable income. When it’s time to take the money out, generally at age 70 1/2, you have to pay ordinary income taxes on the withdrawals.

But anyone can contribute to a nondeductible IRA, a type of traditional IRA in which only the earnings are taxed when withdrawals are made, as long as the right paperwork is filed with the IRS every year (IRS Form 8606).

Why go through the back door?

A backdoor IRA refers to the method of contributing to a nondeductible IRA and then converting it to a Roth. The benefit of this strategy is, despite being limited by making too much income to contribute to a Roth, one can still get after-tax dollars into an account that grows tax-free and is not taxed upon withdrawal. The after-tax money finds its way to the Roth through the “back door.” However, things can get tricky when using this Roth conversion strategy, and some financial experts advise against it.

Going through the back door is one of the only ways that high earners can get money into a Roth IRA, says Lynn Mayabb, CFP, managing director at BKD Wealth Advisors in Kansas City, Missouri. “If you’re saving anyway, why not allow your money to grow tax-free and be tax-free in the future?” she asks.

While Mayabb says her firm has helped a number of clients open traditional IRAs and later convert them to Roths, the process can be tricky. “You need some guidance because you don’t want to mess it up,” she says.

The one aspect that often “trips people up” is the IRS requirement that you must aggregate all your IRAs to determine tax liability, Mayabb says. “You have to consider all your IRAs and where those dollars came from,” she says. “If you have another IRA out there and if you originally took a tax deduction on those dollars, that will affect your tax liability on the Roth IRA.”

While an experienced financial planner can help you determine the correct liability, the strategy “works best for people who don’t have other IRAs or who have rolled deductible IRAs into a 401(k) plan, eliminating it from being considered,” Mayabb says.

Why avoid the backdoor strategy?

While going through the back door to get into a Roth IRA may be “legitimate, there are too many potential downfalls,” says Jean Dorrell, a certified estate planner and founder of Senior Financial Security in The Villages, Florida. When she considered following this strategy herself, Dorrell says a respected colleague told her it could send up red flags to the IRS.

“When you have a Roth IRA, your money is growing tax-free and after five years, you can take the whole thing out,” Dorrell says. “If you screw up the calculations or if the custodian does, there could be a problem with the IRS.”

Because the rule allowing anyone to convert a traditional IRA to a Roth is still relatively new, it’s difficult to know what will happen if tax liability calculations have been figured erroneously. “The people who have done these haven’t reached the five-year mark, so we don’t know all the consequences,” Dorrell says. “If you overfund a Roth, the consequence is a 6 percent excise tax. Miscalculating tax liability could carry another excise tax, or the IRS could count all the money as taxable.”