A Roth IRA is the best retirement account around, according to many experts, and it offers huge benefits such as tax-free income and the ability to leave tax-free money to heirs. Plus, because of its tax-free status, a Roth IRA gives you flexibility when it comes to taking retirement income.

But what if you have another retirement plan? The good news is that you can convert plans such as a 401(k) or traditional IRA to a Roth IRA and take advantage of its range of benefits, and now may be a great time to do so.

“Converting to a Roth can be a great way to take advantage of historically lower tax rates and establish a tax-free retirement,” says Eva Victor, senior director of high-net-worth wealth planning at Northwestern Mutual. “Once you have a Roth IRA, it can produce tax-free income for years, even decades.”

Here’s how to use a Roth IRA conversion to set up tax-free income for your retirement.

What is a Roth IRA?

Using a Roth IRA you can save for retirement on a tax-advantaged basis, giving you some attractive incentives to prepare for your golden years. With a Roth IRA, you deposit after-tax money, can invest in a range of assets and withdraw the money tax-free at retirement, defined as after age 59 1/2. Tax-free withdrawals are the biggest perk, but the Roth IRA offers others.

If you’re planning an estate, a Roth IRA can be especially valuable. You can pass down a Roth IRA, and heirs will receive some significant tax advantages, too. You can invest in a Roth IRA at any age as long as you have enough earned income to cover the contribution.

The Roth IRA also offers a lot of flexibility. There are no required minimum distributions, as you have with a traditional IRA. Plus, you’re able to take out contributions (but not earnings) at any time without penalty. If you take earnings out early, you can be hit with taxes and a 10 percent bonus penalty, however. But some situations allow you to take penalty-free withdrawals.

How to do a Roth IRA conversion

The actual process for converting a 401(k) or traditional IRA to a Roth IRA is simple. In fact, it’s so straightforward that you can create problems before you’re aware that you’ve done so.

Here are the three basic steps to convert your retirement account to a Roth IRA:

“If you manage your own funds, you should be able to find steps to do a Roth conversion on your investment platform’s site,” says Kerry Keihn, a financial advisor at Earth Equity Advisors in the Asheville area, noting that each institution has a slightly different process or forms.

Within a couple of weeks – and often sooner – the conversion to the Roth IRA will be made.

When it comes time to file taxes for the year you made the conversion, you’ll need to submit Form 8606 to notify the IRS that you’ve converted an account to a Roth IRA.

While a Roth IRA conversion may be atypical for some individuals, many others who earn too much for a typical Roth IRA perform a backdoor Roth IRA conversion each year. They want to take advantage of the account’s many benefits and that’s the only way for them to do so.

Who should consider doing a Roth conversion?

A Roth IRA conversion can be a good option for many individuals, and here are some of the most common situations where it would make sense.

You earn too much

A Roth conversion can be a good option for those making too much to get a Roth IRA the normal way. Individuals make a contribution to a nondeductible IRA first and then transform it into a Roth IRA – the so-called backdoor Roth IRA approach.

There’s also a rule of thumb for when a conversion may be beneficial, says Victor. “If you’re in a lower income tax bracket than you’ll be in when you anticipate taking withdrawals, that would be more advantageous.”

The reason you might be in a higher tax bracket could be anything: living in a state with income taxes, earning more later in your career or higher federal taxes later on, for example.

“Let’s say that you are a Texas resident and you convert your IRA to a Roth IRA and then in retirement, you move to California,” says Loreen Gilbert, CEO, WealthWise Financial Services in Irvine. She points to high-tax California and no-tax Texas as examples. “While the state of California will tax you on IRA income, they won’t be taxing you on Roth IRA income.”

In this example, you avoid paying state taxes on your conversion in Texas and then avoid paying income taxes in California when you withdraw the funds at retirement.

Your income is low this year

It could even make sense to do a conversion during a year when your income is unusually low.

“We have seen millions of people quit their jobs to take time to consider new career moves,” says Keihn. “If you have opted to take a few months off before starting a new career, a Roth conversion could be a great option for you this year due to temporarily lower income.”

A Roth conversion could also make sense if you want to leave your heirs tax-free income. This way could be particularly beneficial if you intend the money to go to someone other than a spouse, where the IRA inheritance rules are special and more advantageous.

“Under the SECURE Act if you leave your traditional IRA to someone you are not married to, they have to withdraw all the funds from that account in 10 years,” says Keihn. “Depending on the size of the account, this can have significant tax consequences.”

But the Roth IRA gets your heirs out of the tax consequences, says Keihn. “While the 10-year rule would still apply in this case if your non-spouse beneficiary inherited your Roth IRA, your beneficiary would not have to pay income taxes on the withdrawals,” she says.

What account types can be converted into a Roth IRA?

A Roth IRA conversion involves transferring retirement assets into a new or existing Roth IRA account. The types of accounts eligible for conversion generally fall into one of two categories.

What to watch out for when converting

While a Roth IRA conversion can be relatively easy to set up, you’ll want to pay attention to some rules so that you maximize your opportunity and don’t pay any needless taxes. Here are some pointers from the experts on what to watch out for:

A conversion may lead to more taxes

When you convert a traditional IRA or traditional 401(k) that has used pre-tax contributions (i.e. a deductible 401(k) or IRA), you’ll end up with a tax bill. You’re recognizing that contribution as income, and you must pay taxes on it – the taxes you didn’t pay when it went into the account.

If you convert a Roth 401(k) into a Roth IRA, you skip the tax hit, because they’re both after-tax accounts. However, any employer match in a Roth 401(k) is technically held in a traditional 401(k), meaning that a portion of the account cannot be converted without incurring some taxes.

Consider converting over a period of years

Experts such as Victor advise careful planning to minimize the tax hit that comes with a conversion. Individuals could space the conversion out over many years rather than convert the full amount in one year. By doing so, they may be able to avoid jumping to a higher tax bracket and paying more on each incremental dollar of converted money.

A conversion is better if you have more time

“The longer the time between the conversion and using the money, the better,” says Gilbert. “That way the money continues to grow after you paid the tax bill.”

Watch out for the five-year rule

The IRS requires any conversion to have occurred at least five years before you access the money.

“If you have not kept assets in your Roth IRA for five or more years, you may be charged taxes and/or penalties on withdrawals,” says Keihn. “If you think you’re going to need to withdraw the assets in less than five years from opening a Roth IRA, you may want to reconsider a conversion or have a conversation with a CPA to see if it’s still the best path for you.”

A conversion may affect government programs

If you participated in government healthcare programs or others that depend on your income, it’s vital to note that a conversion could affect your eligibility in those programs or their cost.

“The Roth conversion is viewed as taxable income in the year it occurs,” says Keihn. “This means that it could affect your eligibility for Obamacare or financial aid or your children’s financial aid. If you are on Obamacare or completing a FAFSA application, it is important to factor that into the decision of how much to convert, if any.”

“People who are two years from receiving or are [already] receiving Medicare benefits need to know that their Medicare premium most likely will go up two years after they convert to a Roth IRA,” says Gilbert. “Medicare has a two-year look-back to determine premiums and in the year you convert, your income will be higher than other years. But this is a one-year spike that will then decrease the following year.”

Get it done on time

“Don’t wait until December to start thinking about a Roth conversion – the IRS does not give any extensions,” says Keihn. “You must complete the conversion by Dec. 31 of the specific year you want it to count towards.”

Beware the pro-rata rule on conversions

If you have traditional IRA accounts with deductible contributions, you’ll need to factor that in if you convert any nondeductible amounts into a Roth IRA. You’ll need to follow the IRS’s pro-rata rule, which forces you to calculate the tax consequences considering your IRA assets in total.

In effect, you’ll have to figure out what proportion of your funds have never been taxed – that is, deductible contributions and earnings – to your total IRA assets. That percentage of the conversion is subject to tax at ordinary income tax rates.

It’s a complex calculation and can create significant confusion.

Call in an advisor

If this is all too complex, it can be worthwhile to hire a financial advisor to help you make the best decision for you. Look for an advisor who you’ll pay to work in your best interest.

A Roth IRA conversion can be a great idea if you want to create tax-free income in retirement, but you’ll want to understand the trade-offs, especially the immediate tax consequences of converting. And if you’re converting an especially large account, you’ll want to consider how to minimize the tax bite, so working with a tax professional could pay for itself and then some.

5 top benefits of a Roth IRA 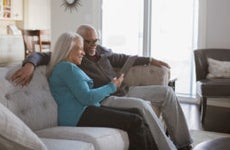 Backdoor Roth IRA: What it is and the benefits of setting one up 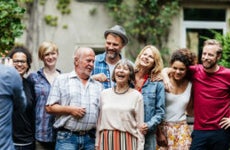 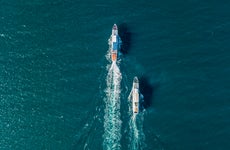