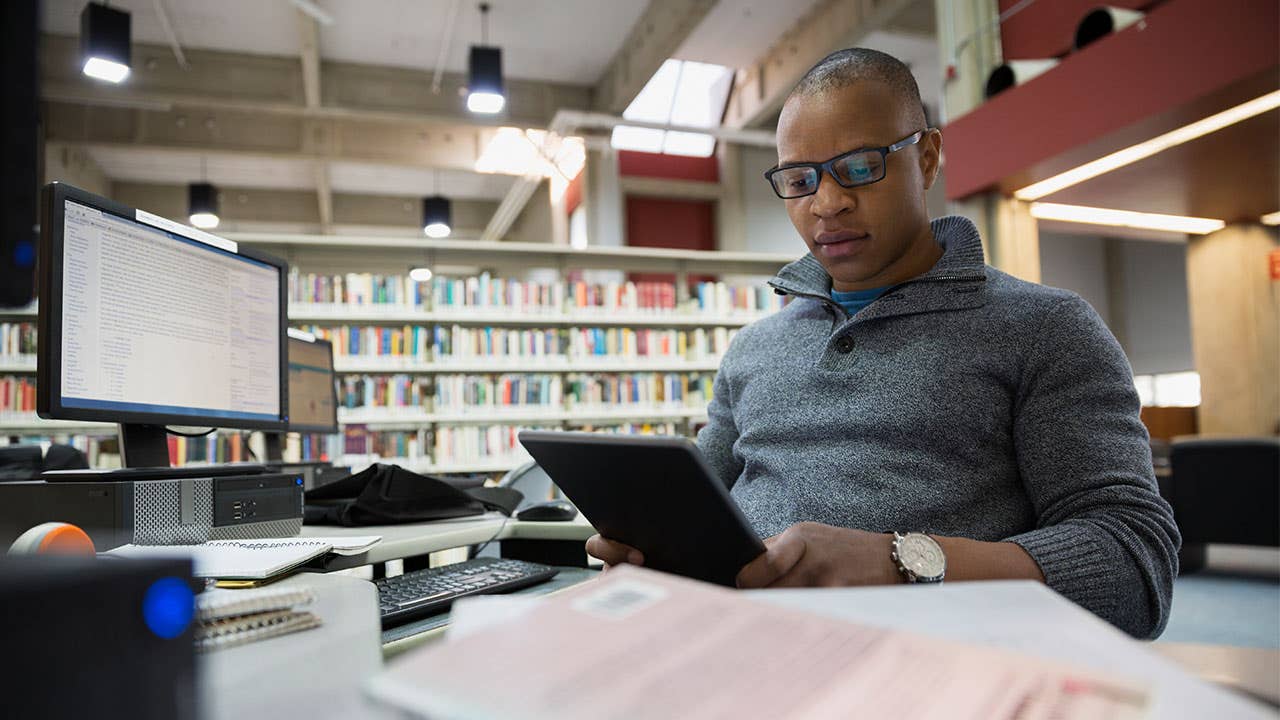 No doubt you’ve dreamed of winning a mega-lottery, inheriting a massive estate or becoming an overnight Mark Zuckerberg.

But of the approximately 11 million Americans with $1 million or more in investable assets, the vast majority likely took the tortoise’s path to get there—slowly and diligently building savings and achieving financial security.

The good news is that this course, while not terribly thrilling, is fairly easy to duplicate.

How to get rich: Boost your earnings

Because your earning power is rooted in your education and skills, investing in yourself is the first step to achieving wealth. Need evidence? Consider this: The average net worth for someone with a high school diploma is $36,795. Those with a bachelor’s degree accumulate nearly four times that amount, while people holding advanced degrees amass nearly nine times as much.

Of course, it pays to pick the right field too. The average pay for an accountant is $68,000, but a software developer with a similar, four-year degree typically earns $102,000, according to the Bureau of Labor Statistics. If you’ve reached the maximum salary in your field, consider starting a side hustle. From selling items on eBay or Craigslist, driving for Uber or Lyft, or renting out a spare room on Airbnb, there are thousands of ways to earn extra money.

Besides increasing your earnings, you can keep more of what you make by negotiating down many of your bills—your car and homeowner’s insurance, your cell phone and cable plan, and credit card, to name a few. Take a few minutes to call these companies and request a better deal.

Write your own paycheck

Only 47 percent of adults report that they spend less than they earn, according to a study by the Federal Reserve. The other 53 percent are presumably living beyond their means and putting their futures at risk. But if you want to get rich, you should spend substantially less than you earn—putting at least 10 percent to 15 percent of your income into savings, according to many financial planners.

The best way to do that is to pay yourself first by putting your savings on autopilot. Begin by taking advantage of a 401(k) or similar retirement savings plan. Money you stash in a 401(k) is pretax, and contributions inside the account grow tax-deferred until you withdraw them. What’s more, your employer may match a percentage of your contribution, giving you an even better chance of reaching $1 million or more.

The earlier you get started saving, the sooner you can take advantage of the snowball effect of compound interest. Here’s how compounding works: When you save or invest, your money earns interest. The next year, you earn interest on both your original savings amount and on the interest it earned last year. The following year, you earn money on your original deposit and two year’s worth of interest, and so on.

Stashing your money in a low-interest bank savings account, however, isn’t enough. Instead, take some calculated risks and invest some of your money in stocks. For instance, let’s say you stash $91 a week in a diversified stock index fund that earns 7 percent a year—the inflation-adjusted average for the S&P 500 stock index. In 40 years, you would have invested a total of about $189,000 of your money, but through the power of compounding, you would accumulate just over $1 million. Now that’s acting like a millionaire.