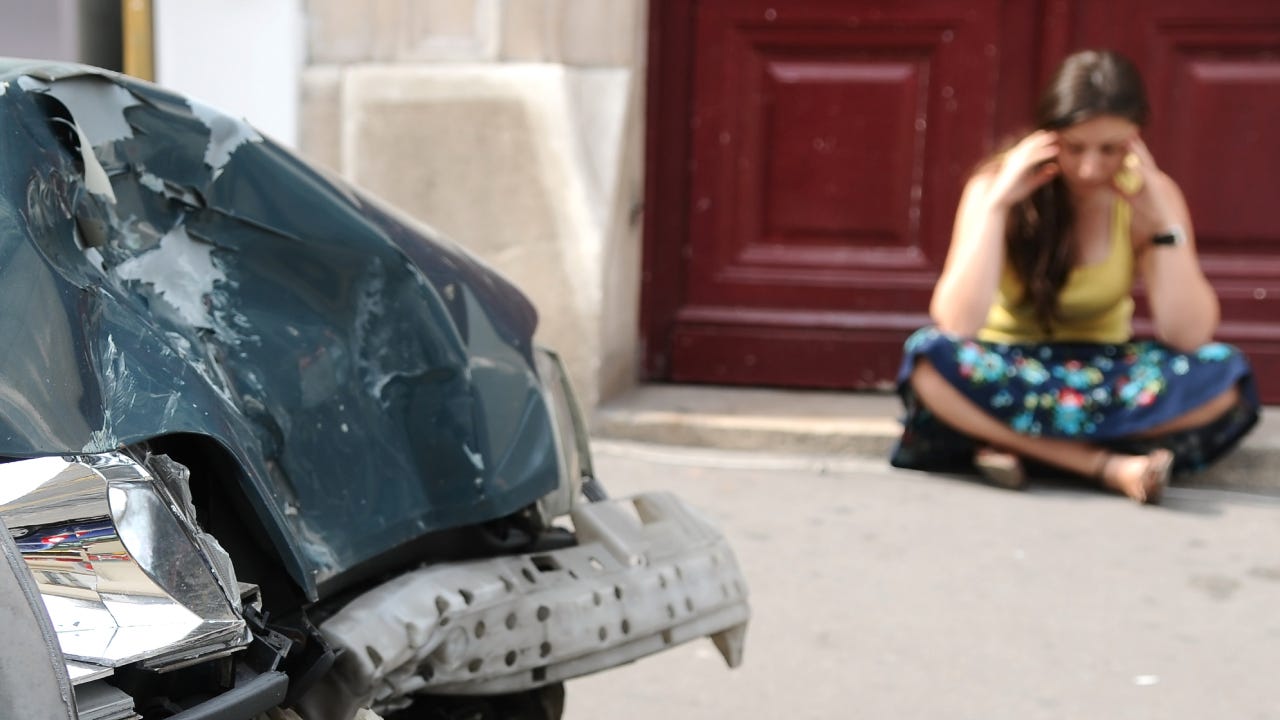 Kacie Goff
Edited By
Mariah Posey
Edited by
Mariah Posey
Insurance Editor
Mariah Posey is an auto and homeowners insurance writer and editor for Bankrate.com. She aims to make the insurance journey as convenient as possible by keeping the reader at the…

Any car accident is stressful, but it adds another layer of tension if the other person speeds away before exchanging information. While this type of accident is especially uncomfortable, it’s not uncommon. If you’re dealing with a hit-and-run situation in Florida and wondering what to do, you’re not alone. Nearly one-quarter of all Sunshine State accidents are hit-and-runs, which is why Florida has established hit-and-run laws to hold the other driver accountable. There are also various insurance coverage options available to help pay for any bills after the accident. Understanding how to handle a hit-and-run in Florida can help reduce the stress that follows such incidents.

Throughout Florida, any accident becomes a hit-and-run when one driver leaves the scene of the accident before doing two things. First, Florida state law requires that every involved driver stays at the accident scene long enough to exchange personal information such as name, address, vehicle registration number and license number with the other drivers. Second, state law also requires that drivers stay long enough to “render to any person injured in the crash reasonable assistance,” which can even include taking them to a doctor.

While those are the only two requirements mentioned to avoid being charged with a hit-and-run in Florida, the Florida Department of Highway Safety and Motor Vehicles (FLHSMV) reports that nearly 25% of drivers break the law anyway.

The FLHSMV data also shows that the vast majority of hit-and-run fatalities occur between 6 p.m. and 5 a.m., so it’s important to take extra precautions while driving between dusk and dawn.

In 2014, the hit-and-run Florida statute was modified with the passage of the Aaron Cohen Life Protection Act (section 316.027, Florida Statutes), which outlined a stricter Florida hit-and-run law after a cyclist and father of two was killed by a hit-and-run driver. Now, the penalties for a hit-and-run in Florida include:

These penalties assume the driver is found. However, even if law enforcement can’t identify or locate the hit-and-run driver, you could still receive financial protection, as long as you have proper insurance coverage.

No matter which side of a hit-and-run you’re on, there are potential car insurance consequences to face. For the victim of a hit-and-run, the most significant impact on their insurance will likely be a premium increase if they file a claim. For a driver at fault for a hit-and-run, there will likely be a substantial increase in their insurance premiums if they are found. The at-fault driver may also need to maintain an SR-22 form for a number of years following the accident. The accident can also be added to the at-fault driver’s driving record. In some situations, the driver may have difficulty finding insurance companies that will offer them coverage.

Eight things to do after a hit-and-run in Florida

There are still some steps that can be taken by drivers who are the victim of a hit-and-run following the accident.

Normally, if another driver causes an accident, their property damage liability (PDL) — which Florida law requires for all drivers — will help cover the cost of repairing or replacing your vehicle. But if the other driver isn’t found, there are some other coverage options.

Specifically, these three types of auto insurance coverage can help after a hit-and-run in Florida.

Because drivers in the Sunshine State already pay more than the national average cost of car insurance, purchasing additional insurance to cover a hit-and-run may not be the most appealing option. Still, it’s worth checking out different cheap car insurance companies in Florida to make sure you’re financially protected.

How common are hit-and run-accidents in Florida?

The FLHSMV reports that nearly one in four accidents in Florida are hit-and-runs. Florida state law requires that people stay at an accident at least long enough to render reasonable aid to any injured people and exchange information. If you’re ever involved in an accident, don’t leave the scene until you do these two things.

Everyone’s needs are different, and there is no one best car insurance company. It’s a good idea to shop around and compare rates from multiple insurance providers, and speak with a licensed insurance professional before purchasing a policy.

How much should I expect to pay for car insurance?

Car insurance rates vary a lot between insurance providers, and premiums are based on many factors, including age, location, credit history and type of vehicle being insured. While there is data available on the average cost of car insurance to provide a baseline, it’s still a good idea to speak with a licensed insurance professional to find the best rates for your unique needs.

How much insurance do I need?

Nearly every state has specific requirements for how much auto insurance is required, known as the mandatory minimum coverage for that state. These coverage limits are the amount you must maintain to drive in that state legally. Still, there are many reasons to consider expanding your coverage through increased limits or additional types of coverage. You can speak through your insurance needs with an insurance professional to help figure out how much car insurance you need.

Read more From Kacie
Kacie Goff is a personal finance and insurance writer with over seven years of experience covering personal and commercial coverage options. She writes for Bankrate, The Simple Dollar, NextAdvisor, Varo Money, Coverage, Best Credit Cards and more. She's covered a broad range of policy types — including less-talked-about coverages like wrap insurance and E&O — and she specializes in auto, homeowners and life insurance.
Edited by
Mariah Posey
Insurance Editor