The automotive industry has grown leaps and bounds over the last century. Not only are cars safer than ever before, but they are equipped with features that improve convenience and the driver experience. However, many people might not be aware that women are behind many of the technologies that we rely on today. Inventions like the car heater, windshield wipers and even GPS and Bluetooth were developed by female inventors many decades ago.

Without these female pioneers at the forefront of innovation, the automotive industry would not be where it is today. Not only does this include major contributions to the industry, like computer programs, but also less-heralded inventions, like non-reflective glass and Kevlar, which is a key component in modern-day bridge design.

Unfortunately, many female inventions for the automotive industry did not receive the recognition and credit they deserved at the time, as a result of limitations in the patent process during their careers. Nevertheless, these women pioneers paved the way for modern technology in cars and are responsible for changing the automotive industry and the country as a whole.

To bring attention to these female pioneers, we are highlighting some of the women who created technologies that have become essential for vehicles and the broader automotive industry today. Here are some things women invented that have changed the course of the auto industry and beyond.

Margaret A. Wilcox was a mechanical engineer born in 1838 in Chicago, Illinois. Wilcox is credited with inventing the car heater after spending her career building and engineering devices to improve people’s daily lives.

During Wilcox’s lifetime, trains were the main form of transportation. She learned at a young age that people who rode in train cars were getting cold from Chicago’s harsh winter conditions. Wilcox determined that passengers were getting cold because the train cars lacked insulation that would prevent cold air from getting inside.

Through her own experimentation and formal training in mechanical engineering, Wilcox realized that the heat created by the train’s engine could be used to heat the individual train cars, by channeling air through the engine and into each car.

In 1929, Henry Ford used Wilcox’s technology to design and install heaters in passenger cars. Although modern-day car heaters are slightly different, the concept remains the same. Coolant gets heated by the engine and passes through the radiator, which heats the car and allows the driver to control the temperature.

Not only was Wilcox one of the few female mechanical engineers during her lifetime, but she was also one of the only female inventors to receive a patent for her invention. In November of 1893, Wilcox was awarded a patent for her heating system technology.

Florence Parpart was born in Hoboken, New Jersey. Not much is known about Parpart, except that she was a housewife for most of her life and was married to an electrician. Parpart is credited with inventing the electric refrigerator, which replaced the icebox, possibly with help from her husband’s knowledge of electrical systems.

However, Parpart did not just invent the electric refrigerator. She also designed an improved street sweeper that is still used today. The very first street sweeper was created in 1879 by Eureka Frazer Brown, who invented the original concept and holds a patent.

According to documents, Parpart had a vision of creating a machine that gathered debris and dirt from roads across all neighborhoods and disposed of the debris into a separate receptacle. She launched her improved street sweeper design in 1900, and one year later, filed for a patent on the technology she had developed.

In 1904, Parpart received the patent and got credit for her innovation. She later went on to sell street sweeping machines to cities across the United States.

Mary Anderson was born in 1866 and is best known for inventing the windshield wiper. In the early 1900s, Anderson was riding a streetcar in New York City on a snowy day. She observed the driver opening windows to see the road ahead, and getting out to clean off the front windshield for better visibility.

To improve efficiency and safety for streetcar drivers, Anderson had the idea to design a tool that would wipe the windshield automatically without manual cleaning. She envisioned a rubber blade attached to a lever that was controlled by a spring-loaded arm, with a counterweight to hold the wiper flush against the windshield. The blade could be completely removed on clear days with no precipitation.

Anderson filed a patent for her windshield wiper invention in 1903, and it was found to be the first device of its kind to work effectively for clearing snow and rain from streetcar windows. Anderson was awarded the patent in the same year she filed.

Although Anderson’s windshield clearing device was originally used on streetcars, it eventually became a standard feature on passenger vehicles once driving became more common. Anderson’s design was replaced in 1917 when the first automatic windshield wipers were invented.

Hedy Lamarr, best known for her role as an Austrian actress, was born in 1914. From an early age, Lamarr was interested in machinery and improving the way things worked. Some of Lamarr’s early inventions included an improved stoplight design and a tablet that was dissolvable in water to create a drink that tasted similar to cola.

However, Lamarr’s greatest invention was a communication system that would eventually be used to invent wi-fi technology and Bluetooth. On the eve of World War II, she partnered with a writer, film score creator and fellow inventor named George Antheil to develop a new communication system that would be used to guide war torpedoes to their intended targets.

Lamarr’s communication system relied on a concept called frequency hopping, which prevented radio waves from being intercepted and allowed torpedoes to travel more accurately underwater. In 1942, Lamarr and Antheil were awarded a patent for their communication system, but the Navy never adopted the technology during the war.

Despite the fact that Lamarr never profited from her invention, the frequency hopping technology that she developed eventually became the foundation for wi-fi, Bluetooth and GPS, all of which are technologies used in vehicles (and much more) today.

Ada Lovelace, born in 1816, was the daughter of famed poet Lord Byron. She studied mathematics from a young age, a subject that most women did not receive education in. Lovelace is credited with being one of the world’s first computer programmers after working with Charles Babbage, who is often called the father of the computer.

While studying under Babbage, Lovelace became interested in his inventions, including the Analytical Engine that could be used to compute Bernoulli numbers. Between 1842-1843, she notably translated an article about the Analytical Engine penned by Italian engineer Luigi Menabrea, and included her own notes on the subject matter.

Although there is no consensus on whether Lovelace was truly the first computer programmer, her contributions are still recognized today. One of the earliest programming languages developed in the 1980’s, called Ada, was named in honor of Lovelace.

Stephanie Kwolek was an American scientist born in 1923. From an early age, Kwolek was interested in fabrics and sewing, but eventually pivoted to pursue a career in chemistry. After graduating from Margaret Morrison Carnegie College of Carnegie Mellon University, she landed a job at DuPont and studied polymer research.

When Kwolek was in her 40’s, the leadership team at DuPont asked her to identify fibers that would hold up in extreme temperatures and weather conditions. Through a series of polymer experiments, Kwolek discovered that certain conditions triggered polyamides to form liquid crystalline solutions, which could then be spun into fiber to improve their strength. Kwolek’s discovery led to the invention of Kevlar, one of the strongest synthetic fibers.

Today, Kevlar is used for a variety of purposes, but it is commonly used in bridge design. Kevlar is often used in the design of suspension bridges because the fibers are stronger and lighter than steel. Kevlar is also used in car brakes because the material’s abrasion resistance and thermal regulation can withstand prolonged friction and wear and tear.

Katherine Burr Blodgett was born in 1898 in New York State. After attending Bryn Mawr College and the University of Chicago, Blodgett began her career as a research assistant to Irving Langmuir, a Nobel Prize-winning chemist, at General Electric (GE).

During her time at GE, Blodgett experimented with monolayers, which are organic films that are only one molecule in thickness. Eventually, Blodgett discovered that a water-surface monolayer could be transferred to a solid substrate. When the process was repeated, it created a multilayer stack of infinite thickness. In 1935, the Langmuir-Blodgett technique was developed and is still used today.

During her lifetime, Blodgett was credited with several other inventions, including smoke screens that protected soldiers during World War II. She was the first woman to receive a Ph.D. from Cambridge University in 1926 and was the first female scientist hired by GE Laboratory.

Patricia Billings was born in Clinton, Missouri in 1926. Her passion for art led her to study at Amarillo College, where she focused on sculpting. In the 1970s, Billings set out to find a cement additive that would increase the strength and durability of her sculptures, after one of her pieces fell and shattered.

After many years of experimenting with different additives, Billings identified a component that made an indestructible plaster when mixed with gypsum and concrete. Not only did Billing’s discovery give her sculptures longevity, but a friend of Billing’s found that the compound was also resistant to heat.

Following more years of experimentation with the mixture, Billings created Geobond®, an indestructible and fire-proof material, which was also the first completely non-toxic replacement for asbestos. Today, Geobond® is used for many purposes, including to seal roof leaks in cars, trucks and RVs.

There are dozens of automotive inventions that were spearheaded by women, many of whom were well ahead of their time. Without the contributions of these women inventors, it’s difficult to say what the auto industry would look like. Vehicles would lack important safety features and cars would be much less sophisticated, at the very least.

Today, female inventors continue to make advancements that are bringing the auto industry into the next generation. As we celebrate International Women’s History Month, it’s a good time to recognize women who have made significant contributions to their respective fields. Through innovations, these famous women inventors have both directly and indirectly improved the everyday lives of consumers.

If you are interested in learning more about famous female inventors and the contributions they have made to the United States and beyond, check out these resources: 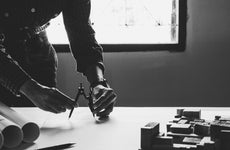 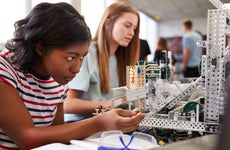 5 best scholarships for women in 2022 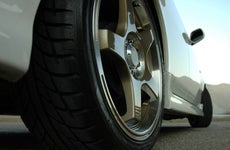 Car insurance for a Scion FR-S 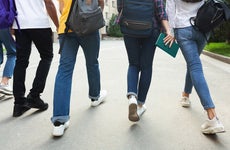 How to save money as a high school student in 2022