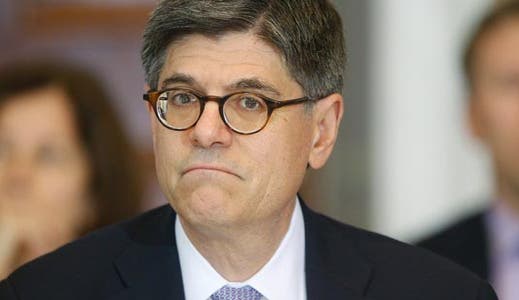 Take a bow, U.S. taxpayers. By paying your taxes, you’ve helped the federal treasury amass $3 trillion for the first time in its history.

That financial milestone was announced by the U.S. Treasury Department and the White House Office of Management and Budget, or OMB, on Oct. 15, the day that millions of taxpayers were meeting the extended tax return filing deadline.

Not to OD on the numbers, but the bottom line, according to Treasury and OMB, is that the deficit fell to 2.8 percent of the country’s Gross Domestic Product, or GDP.

That, say U.S. financial officials, is the lowest level since 2007 and less than the average of the last 40 years. In dollar terms, says Treasury, the fiscal year 2014 deficit is the lowest since 2008.

So how did Uncle Sam get so much more of our tax money? The Treasury attributes it to a couple of things.

First, the economy is recovering. Growth in wages and salaries made collections of individual and payroll taxes strong throughout the year.

Then there were the tax law changes.

The temporary cut in payroll taxes ended. You remember that 2 percent extra pay you got each payday in 2011 and 2012 when Capitol Hill cut the payroll withholding in an effort to spur spending and jump start the sluggish economy? When 2013 rolled in, the full 6.2 percent payroll tax on employees resumed.

Even more significant were the tax rate hikes on wealthier individuals that took effect in 2013.

Some of them were part of the American Taxpayer Relief Act of 2012, also known as the “fiscal cliff” tax bill. Under that law’s provisions, which went into effect in January 2013, higher income earners now face not only a new top income tax rate of 39.6 percent, but also lose some of the value of their itemized deductions.

In addition, a couple of Affordable Care Act, or Obamacare, taxes on wealthier individuals also took effect. These are the 3.9 percent net investment income tax and the 0.9 percent added Medicare tax on earnings.

All told, says Treasury, individual income taxes accounted for $1,394.6 billion, $8.4 billion higher than estimated when the department did its fiscal year mid-session review.

Thanks for doing your tax and civic duties, my fellow Americans. It’s making a big difference.