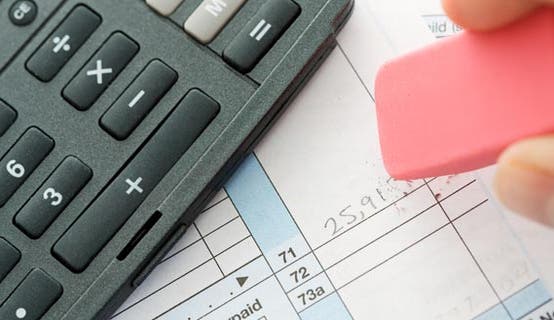 Tax filing season is just around the corner.

Savvy taxpayers are taking advantage of year-end tax moves to lower what they will owe Uncle Sam when they file their 2014 returns.

Others, however, might turn to a little tax sleight of hand to trim their upcoming Internal Revenue Service bills.

But if a recent survey is right, there won’t be many potential tax cheats this coming year.

The IRS Oversight Board’s annual survey of taxpayer attitudes found that 94 percent of taxpayers agree it is every American’s civic duty to pay their fair share of taxes.

We aren’t going to debate what “fair share” means here; something needs to be left to the politicians! But the overall public perception is that we’re all in this together and need to chip in to pay for the government programs that benefit us and our friends and families.

That percentage, however, has been trending down since the 2010 high point. Four years ago, 97 percent of those surveyed by the Oversight Board said all U.S. taxpayers should pay their fair share to the U.S. Treasury.

To ensure that taxes are properly paid, a majority of survey respondents also believe that tax cheats should be held accountable. The 93 percent who want tax scofflaws caught and punished is the same percentage as last year’s survey.

Again, 2010 was the high point for this question, too. That year, 96 percent of survey participants approved of fully enforcing tax evasion laws.

And this year 86 percent told the Oversight Board pollsters that it’s not at all acceptable to cheat on income taxes. Six percent said a little cheating here and there is acceptable. Five percent go for broke, saying cheating as much as possible is fine with them.

Of course, cynics will say that aside from that five percent segment, people tend to say they’re in favor of punishing tax cheats. Otherwise, you sound like you are a cheater if you say it’s OK to fudge your Form 1040 entries.

But when it comes to filling out your forms in private, well, most folks will likely tweak a number or two.

While I’m typically skeptical of most human actions, I cling to the idea that most of us are honest in our IRS interactions. Maybe it’s fear of being caught. Or maybe, as the poll also indicated, it’s plain old personal integrity.

Whatever the reason for accurately filing our taxes, since we follow the tax laws, we want our neighbors to be law-abiding, too.

What do you think? Is it ever OK to cheat on your taxes? Have you ever tried to slip something past the IRS? Have tax auditors ever caught one of your questionable entries?