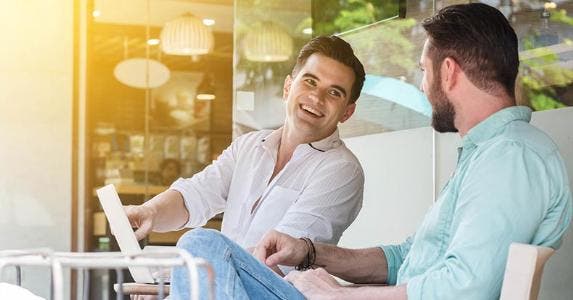 You sold your holdings in a tech company to take advantage of capital losses for tax purposes. But the company just announced in an earnings call that it expects its market share to increase exponentially in the next few years. You’re tempted to buy some shares again.

Don’t be in too big of a hurry to call your broker. If you repurchase the stock too soon, you’ll violate the “wash-sale” rule. This regulation prohibits a shareholder from selling a holding at a loss, using that loss for a tax break and then turning right around and buying the same or similar stock.

The wash-sale rule is designed to prevent the deduction of what the IRS calls “noneconomic losses.” Essentially, in the eyes of the IRS, you never really sold the stock. Your repurchase indicates to the tax agency that you believe in the investment itself but the whole purpose behind the transaction was to generate a tax loss.

“You just sold it to book that tax loss, and the Internal Revenue Service is not going to let you do that,” says Jim Van Grevenhof, executive editor from the Tax & Accounting business of Thomson Reuters.

Most investors encounter the regulation when they reacquire a stock soon after selling, but it works the other way, too.

Specifically, the law says you may not take a tax loss on a security sale if you have obtained the same or a substantially identical security 30 days before or 30 days after a sale. So don’t try to get around the rule by buying more of a stock just before you dump the poorly performing shares you already own.

No loss now, but later

When a stock transaction violates wash-sale guidelines, the IRS will not let you take the tax break immediately. However, all is not lost.

For tax purposes, the deduction of your loss is postponed to a later date. That is, the disallowed loss is added to the cost of the new shares you bought. This gives you the tax basis for the holdings, which you’ll use when you sell the reacquired securities.

For example, Joe bought 100 shares of Stock A for $1,000 and sold them for $750, producing a $250 loss. Fifteen days later, he bought 100 new shares of Stock A for $800. Because Joe bought identical stock, he can’t immediately take the loss. But he can add the disallowed $250 to the $800 price of his new shares, producing a basis of $1,050 for the new shares. When Joe sells his reacquired Stock A shares, the adjusted basis will, depending on the sales price, produce a bigger loss to claim or reduce any taxable gains.

And don’t try to skirt the rule by buying a call option on the stock. “Say I bought a stock at $30, it went down to $20 and I want to sell it and claim the $10 loss. Then a day or two later, I buy a $20 call on the stock,” says Van Grevenhof as way of illustration. “What I hope is that the stock will go up. That’s the same thing as buying actual stock, and it violates the wash-sale rules.”

What exactly is identical?

The wash-sale timing considerations are pretty straightforward. That’s not necessarily the case for the rule’s other key component: the nature of the sold and repurchased stock.

Investors who deal in individual stocks usually don’t have problems. It’s easy to tell what stocks the IRS might deem substantially similar. Just how does the same asset rule work for investors who trade mutual funds?

Let’s look at Joe’s portfolio again. This time, he’s closing out his Fidelity XYZ Growth Fund account at a loss. He believes, however, that the sector is poised for growth, so he uses his XYZ proceeds to immediately buy shares of Pioneer XYZ Growth Fund. Since both funds are invested in telecom holdings, has Joe violated the wash-sale rule?

No, says Van Grevenhof. As far as the IRS is concerned, the Fidelity and Pioneer funds are not essentially the same investment.

But be careful with exchange-traded funds, or ETFs. “I sell my IBM stock and book a loss,” says Van Grevenhof. “I can’t buy IBM for 30 days and there is no other similar stock I want to buy, so I buy an ETF in a computer industry fund. That’s not a problem. But say that industry ETF buys computer-type stocks and 2 percent of the fund is IBM. Theoretically, the IRS could come back and say 98 percent is OK, but you owe tax on the 2 percent.”

So far, though, says Van Grevenhof, that’s never happened. But the possibility it could is good to know, just in case the agency ever decides to make it an issue.

And the IRS always has the power to disregard what it considers a sham transaction. Even if you made it look like a substantially different security, if the IRS identifies that there is no economic substance to the transaction, it will disallow the loss.

The IRS, however, has officially nixed such transactions as a way to circumvent the wash-sale rules.

Essentially, that means the IRS recognizes that the individual investor and the IRA investor are one person, so the wash-sale rules apply.