Dear Tax Talk,
My wife inherited an annuity when her mother died last year. She received a lump-sum check. Does she have to pay taxes on the entire amount as normal income? Or does she owe tax to the extent that it exceeded her mother’s basis? This is not an IRA and the annuity was purchased with after-tax dollars. I am leaning toward treating this as the same as inheriting cash.
— Jim

Dear Jim,
You’re on the right track, but the inheritance is not the same as cash. Instead, the annuity is considered income in receipt of a decedent, or IRD. IRD is the income element of inherited property. For example, if you receive an IRA as a beneficiary, it is income to you as it would have been income to the decedent.

In a traditional annuity, an investor turns over a sum of money, usually to an insurance company, that agrees to pay the investor a certain amount of money over a period of time. Some annuities begin immediately and some are deferred until some future event, such as the beneficiary reaching a certain age. Whether it is an immediate or deferred annuity, each part of the payment represents a return of the original investment, plus the earnings on the investment. The earnings are taxable over the life of the payments.

Because your wife chose to cash in the annuity, a portion of what she received will be income from the invested funds. The insurance company should be able to tell her what amount is income. In this sense, it is not the same as inheriting cash. 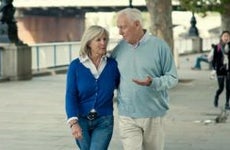 Can annuity income inherited from late brother be used for a Roth IRA contribution?

Who pays the taxes on an UGMA?