The first-time homebuyer tax credit has made it possible for many people to own a house.

But as with all things tax, in order to get the most of this tax benefit, homeowners must follow the Internal Revenue Service rules.

Paying back the 2008 tax year claim

The original first-time homebuyer tax credit was not a true credit. Rather, it essentially was an interest-free loan from Uncle Sam, and every loan has payback terms. In this case, the credit is to be repaid in 15 equal payments of $500 each tax-filing time, beginning with 2010 returns.

The first tax year that this credit was repaid, you had to complete Form 5405 and transfer the appropriate payment amount to your Form 1040. You’ll continue to repay the credit each filing season until it’s paid off, but you might not have to file a Form 5405 for future payments.

Nowadays, however, few people stay in the same house for 15 years, so the IRS devised a way to get the original homebuyer credit back from those folks.

When you quit using the home as your main residence, for example by selling or renting the property, then you have to pay the balance of the $7,500 credit in full when you file the tax return for the year in which your living arrangements changed.

There are some exceptions — what the IRS calls disposition situations — which could get you off the lump-sum repayment hook.

And if you sell the house on which you claimed the $7,500 credit, your profit will determine how much you must pay back. When you sell, either by your choice or as part of a foreclosure, you only have to repay the credit up to the amount of the gain on the sale, if any.

When the American Recovery and Reinvestment Act, often referred to as the stimulus bill, became law in 2009, it included changes to the homebuyer tax credit.

This credit was available to qualifying taxpayers who closed on the purchase of their homes by the end of November 2009. But the still-struggling housing sector prompted Congress to extend this tax credit even further.

The Worker, Homeownership and Business Assistance Act of 2009 was signed into law Nov. 6, 2009, and gave credit-eligible homebuyers until June 30, 2010, to close on a property.

While there’s no longer an automatic payback of the latest version of the homebuyer tax credit, you could still owe the IRS if you don’t live in your home long enough.

To get the homebuyer tax credit outright, you must live in the house as your principal residence for three consecutive years after purchase.

If you move out within 36 months of purchase, you must pay back the full credit. The same exceptions as those that apply to the original first-time homebuyer credit could save you from the payback requirement.

But if you simply move, either because you, for example, sold the home on which you claimed the credit or converted it to rental or business use, you must give back the $8,000. You’ll do so via your tax return filing for the tax year in which your residential circumstances changed, using Form 5405. This time, fill out part three.

You also need to be aware the payback could cause other tax trouble.

“They now owe the $8,000 and also could face an estimated tax penalty,” says John Sheeley, an enrolled agent with his own tax practice in Goshen, N.Y. “It’s not something most people are thinking about. If you sell your house, that’s a life-changing event. But something like this, that they might have this tax issue, doesn’t occur to them.”

And even when they are made aware of the tax costs, that’s still not enough to prompt some homeowners to change their plans.

One of Sheeley’s clients was a single man who bought a home in Brooklyn using the $8,000 tax credit. “Subsequently he meets the love of his life, who won’t leave Manhattan,” says Sheeley. “Now he plans to rent the place in Brooklyn to an unrelated third party, which triggers a recapture of the first-time homebuyer credit.”

Sheeley explained the tax consequences to his client, but in this case love conquered the tax code.

He headed to the neighboring borough, says Sheeley, because his sweetheart wouldn’t move to Brooklyn for $8,000. 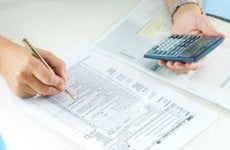 5 questions about the homebuyer tax credit