See how much media mogul Rupert Murdoch is worth 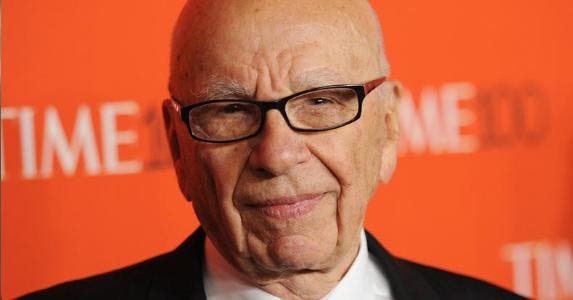 How Rupert Murdoch’s net worth was built

Media mogul Rupert Murdoch was only 22 years old when he inherited 2 Australian newspapers after his father’s death. He soon discovered that by converting one of the papers into news filled with scandal, he was able to improve its circulation. He has applied that strategy to his other publications. During his career, Murdoch has had a hand in everything from TV Guide to The Wall Street Journal. Because of his deals and acquisitions, he and his family now control 120 newspapers in 5 countries, and they have television channels on 5 continents. Add the movie studio and publishing companies that Murdoch owns, and it’s easy to see how he became a multibillionaire.

You can use Bankrate’s net worth calculator to see how you compare to Rupert Murdoch’s net worth.

After dealing with scrutiny for unethical behavior by employees at News of the World, Murdoch closed down the newspaper. In 2013, News Corp. split, with the print portion becoming News Corp. and the television and media portion becoming 21st Century Fox. Murdoch still chairs News Corp. And even though he stepped down as the CEO of 21st Century Fox in 2015, he maintains a seat as executive co-chairman. In March 2016, Murdoch made news by marrying former supermodel Jerry Hall.

Murdoch received the 2015 Hudson Institute Global Leadership Award. He was honored with the Simon Wiesenthal Humanitarian Laureate Award in 2006. He was awarded the Companion of the Order of Australia for his contributions to the media.