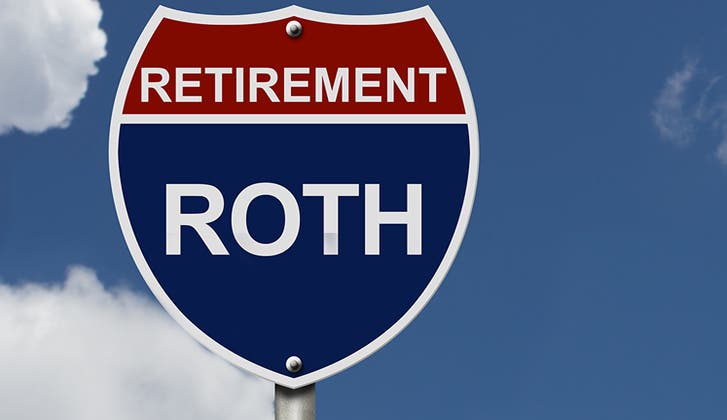 Millions of U.S. investors are smitten with the Roth IRA. Contributions to the retirement vehicle topped $500 billion by the end of 2013, according to a report by the Investment Company Institute, a mutual-fund trade organization.

But President Barack Obama’s 2015 budget includes a pair of proposals that threaten to take away some of the Roth’s most alluring features. Both involve changes to Roth IRA distribution rules.

The first change would compel all people with Roth IRAs to take required minimum distributions, or RMDs, beginning at age 70 1/2.

In addition, the president’s budget would require nonspousal IRA beneficiaries to disburse inherited IRAs within five years of the owner’s death. This would prevent these beneficiaries from “stretching” distributions over their expected lifetime to minimize tax consequences.

The proposed changes clearly are intended to raise revenue for a nation awash in red ink, says Michael Rubin, CFP professional and founder of Total Candor, a financial planning education firm based in Portsmouth, New Hampshire.

“We have a government with a significant amount of debt that has to be paid back,” he says.

But the new rules could have a negative impact on many investors who have Roth IRAs, says PJ Wallin, CFP professional and founder of Atlas Financial in Richmond, Virginia.

“It’s unfortunate,” he says, adding that the moves primarily impact “those who have diligently saved throughout their lifetime.”

Not everyone agrees that such changes would have a significant impact on investors.

He also notes that under the new rules, all qualified distributions would remain tax-free.

“I don’t think it would change people’s perceptions of Roth IRAs much,” he says. “They will still view them as excellent tax-free growth vehicles.”

However, Wallin says requiring mandatory minimum withdrawals likely would hurt Roth IRA owners who plan to pass their assets on to loved ones. 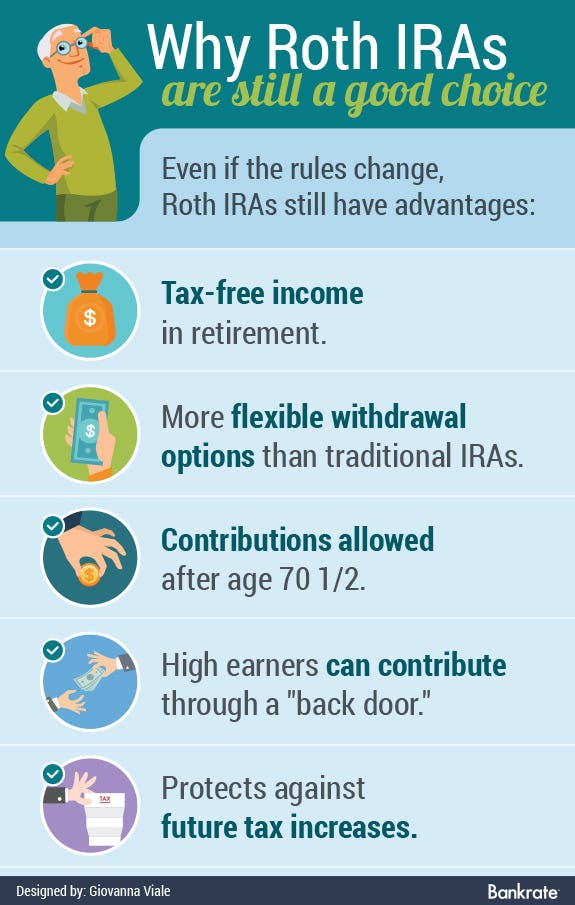 Because the new rule would compel Roth IRA owners to take withdrawals during their lifetimes, the money would have less time to compound tax-free before it is bequeathed to the beneficiary.

For example, a Roth IRA owner who lives to age 90 would face nearly two decades of required withdrawals. Money withdrawn from the Roth during that time no longer could grow tax-free.

That fact could result in a “substantially different inheritance” for beneficiaries, Wallin says.

Eric Roberge, CFP professional and founder of Beyond Your Hammock, agrees: “This will have a dramatic impact on those who have a good amount of money in retirement accounts.”

Forcing Roth account owners to take RMDs at age 70 1/2 “will deplete this extra money” that account holders planned to pass to heirs, he adds.

Change No. 2: Quick disbursement for some beneficiaries

The second proposed change would require certain beneficiaries to disburse funds within five years of the owner’s death.

The new rule would target so-called “stretch” IRAs. Currently, nonspousal beneficiaries of Roth IRAs must begin taking required minimum distributions after the Roth IRA account owner’s death. However, beneficiaries can mitigate the tax consequences by “stretching” the distributions over an entire lifetime.

The new rule would change that by making nonspousal beneficiaries liquidate the accounts within five years.

Novick believes this second change would have a more significant impact than the first change.

“This is a much bigger deal,” Novick says. “It makes inherited IRAs a lot less appealing.”

If the new rule is approved, it is likely to result in one immediate change, Novick says.

“Older account holders will be less inclined to convert a traditional IRA to a Roth,” he says.

“There won’t be enough years of tax-free growth to warrant paying tax now on the conversion.”

How should you prepare?

Keep in mind that the proposed changes to the Roth IRA distribution rules have not been approved.

After Obama unveiled his $3.9 trillion 2015 budget last spring, the House of Representatives rejected the budget by a vote of 413-2. Critics denounced the vote as a political stunt.

Given the dysfunction in Washington, it’s not likely that a budget — and the Roth IRA proposals within it — will be approved anytime soon.

Novick says he is not recommending major overhauls to his clients’ retirement strategies based on the potential changes. However, he is taking a second look at some strategies.

“I will be more cautious about recommending Roth conversions, especially to older clients,” he says.

Wallin is taking a wait-and-see approach to the proposed changes. He says that in the past, many similar proposals have ended up “going nowhere.”

Even if the Obama administration does not succeed in changing Roth IRA rules at this time, Roth investors now have been put on notice for possible future changes, Rubin says.

“I firmly believe that there will be an attack on the sacred nature of the Roth IRA,” he says.

Rubin urges investors to prepare for such a possibility by not putting too many eggs in the Roth IRA basket.

“You should be tax-diversified,” he says. “The most important thing in investing is diversification, and it’s the same thing here.”