Contributing to an employer-sponsored retirement plan is an important step toward a secure future, but experts warn that, like any other financial asset, it takes oversight as well as common sense to reap its benefits.

Avoid these six critical mistakes to improve your chances of having a successful retirement.

Mistake No. 1: opting out 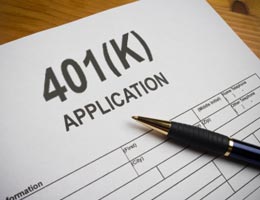 One of the biggest mistakes is to decide not to participate, says Robert Gordon, senior financial adviser at Miami-based Investor Solutions.

“As the saying goes, ‘you’ve got to be in it to win it,'” he says. “Be it a 401(k), 403(b), 457 or other similarly numbered options, the responsibility is on the employee to take the initiative and complete the paperwork.”

In an attempt to encourage more people to take advantage of employer-sponsored retirement plans, the 2006 Pension Protection Act provides safe harbor to companies who offer automatic enrollment that requires employees to opt out rather than opt in, says CFP Artie Green, a professional investment adviser at PWJohnson Wealth Management in Sunnyvale, Calif.

“That has not taken hold to the degree the government was hoping,” says Glenn A. Hottin, a CFP at M&H Advisors in New Haven, Conn. “The majority who don’t elect to join generally are confused by their choices, and the confused mind does nothing.”

Definitely don’t opt out if your company offers automatic enrollment. It will also automatically select an investment option for you — often a target-date fund. Once you’re in the plan, take time to acquaint yourself with all its investment options so you can determine if the preselected fund is the best choice or if there’s one that better meets your goals, time horizon and risk tolerance.

Mistake No. 2: borrowing from your plan 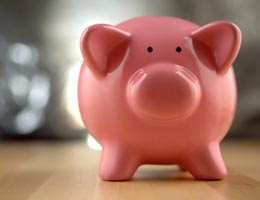 Your company retirement plan is not a piggy bank. Treating it like one has very expensive consequences.

“Borrowing from a retirement account has become more prevalent,” Hottin says. “For someone out of work, it may be the only way to address some large expenses.

“My suggestion is always to exhaust other options prior to going into your 401(k), because it’s so expensive to do so. It could cost you as much as 40 cents on the dollar — and that is money you never recover.” That could occur if you borrow the money and then default on the loan, which results in a deemed distribution on which you would owe taxes and a penalty if you’re under a certain age.

“Some things are legal but just not wise,” Investor Solutions’ Gordon says. “This is one of those things.”

Mistake No. 3: cashing out in a job change 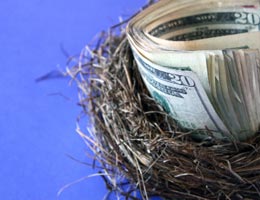 “I am always amazed by the number of people who cash out their plan when they leave their previous employer,” Gordon says. “I hear excuses like, ‘It was easier than rolling it over,’ ‘I needed the money for moving expenses,’ or, the best, ‘I used the money to fund my vacation before I started the new job.'”

Cashing out at 59 ½ years of age or younger, he says, carries a 10 percent penalty. “It doesn’t make sense to take the funds on which you have been earning less than 2 percent and pay a guaranteed penalty of 10 percent,” says Gordon.

Of course, this would be in addition to the taxes you would owe.

This also doesn’t take into account the returns you forfeit by not staying invested. Even small amounts cashed out when you’re young can prevent you from amassing a large nest egg. For example, if you had kept $5,000 in your retirement account 20 years ago instead of cashing it out, that amount could have grown to nearly $14,590 today, assuming a 5.5 percent annualized return.

While the last 10 years or so have been a challenge for investors, the stock market’s historical returns have rewarded them. 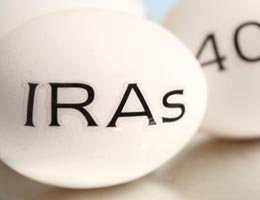 Just leaving your retirement account with a former employer is also a bad option, Hottin says.

“If your former company downsizes or is acquired by another firm,” he says, “finding some contact who can help you retrieve it at a later time could be a hassle.

“It’s better to take your 401(k) with you and mix it in with your new employer’s plan — or roll it into an individual retirement account of some type so you can manage it a bit better.” If you do an IRA rollover, make sure it’s a trustee-to-trustee transfer.

Rolling it into your new employer’s account will give you continued creditor protection, says Green. “Even if you default on loans or you’re a defendant in a lawsuit and lose, nobody can touch the money in your 401(k) or 403(b).” Depending on the state you live in, he says, your money might also be protected in an IRA.

Mistake No. 5: too much company stock 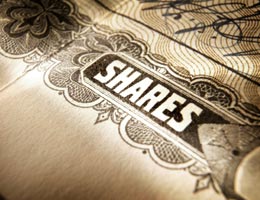 Financial advisers caution you should have no more than 10 percent of your retirement account in your employer’s company stock. If you’re concentrated in a single security, you get hit with a double whammy if your company hits hard times and you lose your job.

“Having company stock in a 401(k) plan is good for the company in a few ways, but it’s a bad idea for the nonowner employees in many ways,” Gordon says. “If you’re thinking, ‘What about the Facebook or Google employees who are now millionaires because of their stock?’ don’t confuse luck with skill. On the streets of this nation, there are many former employees of Enron, PanAm, WorldCom and others who also believed in their company’s stock.”

Sometimes, companies make their stock available to employees at a discount through stock options or other direct purchase programs, he says. If you’re tempted, “you are probably best served by taking advantage of the discount and realizing the gain on the ‘discount’ as soon as (feasible).”

Mistake No. 6: ignoring the big picture 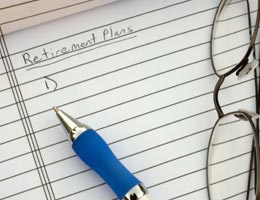 “One of the largest mistakes is lack of planning in a holistic sense,” Hottin says. “People fail to consider their retirement plans as part of the bigger picture. Your employee retirement account should be part of an overall strategy of financial well-being.”

In other words, Green says, the term “retirement plan” should refer not just to tax-qualified plans such as IRAs and 401(k)s, but also other sources of income such as Social Security, company pensions, part-time work and other money saved up — “your overall plan for how you’re going to get through the remainder of your life.”

Of course, many variables are beyond your control: You don’t know how long you will live, how your investments will perform or whether you’ll encounter an unforeseen expense that can derail your plans. So the best way to plan for the unexpected is to spend less, invest as much as you can and choose investments wisely.