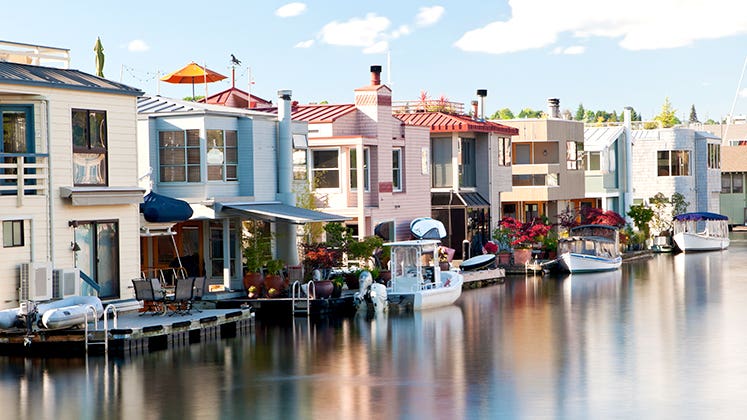 From mouse ears to tiny pads

If you’ve ever looked at your local real estate market and gotten the feeling that people have lost all sense of rationality, you may want to sit down before reading about some of real estate’s most unusual offerings. From Mickey Mouse mansions to a seven-figure parking spot, we’ve gathered five jaw-dropping moments in real estate.

If you think that trip to Disney World with the family looks expensive, try living there. In Lake Buena Vista, Florida, the Walt Disney Co. has carved out a portion of its theme park land and turned it into a real estate development.

Mansions in the Golden Oak gated community start at $1.8 million, but they’ve sold for as high as $7 million. Naturally, the typical buyer is a fan of all things Disney, which is why the community comes with a bevy of theme park perks, from door-to-gate transportation, extended visiting hours at the park, and of course, park passes. There’s also a 17,000-square-foot clubhouse with a restaurant and concierge. But what really seals the deal for a lot of buyers is a feature known as the “Hidden Mickey,” which incorporates Disney’s popular mascot into the design of the home. Staircases, backsplashes and even the shape of your backyard pool can all be made to look like Mickey Mouse.

There are about 450 homes in the community, which is divided into four distinct neighborhoods. 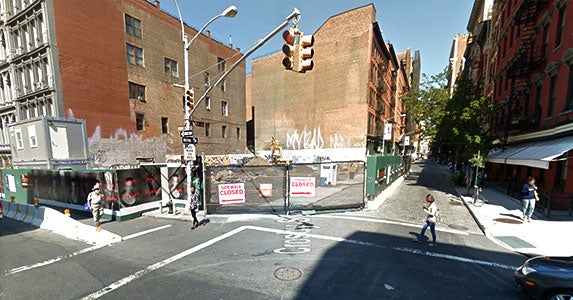 Nothing comes cheap in New York City. Tiny studio apartments rent for thousands of dollars, while those fortunate enough to buy know that in the Big Apple, it’s not unheard of to pay seven figures for only one bedroom. Then again, a one-bedroom looks like a steal when you consider New York’s latest offering: million-dollar parking spaces.

What you get for the money

The spots, up to about 200 square feet each, are part of a new 10-unit luxury development in Manhattan’s SoHo neighborhood. The spots will be offered on a first-come, first-served basis to those who buy condos in the building.

While the price is a jaw-dropper all on its own, check out the costs of the condos per square foot. Condos are expected to range from $8.7 million, or about $3,170 a square foot, to $10.45 million, or around $3,140 a square foot. The parking spots, which come with some storage and a charging station for electric vehicles, will run between $5,000 and $6,666 a square foot, depending on size.

The average parking space in a New York City garage is about $430 a month, according to NYC Parking Authority, a website that covers parking in the city. 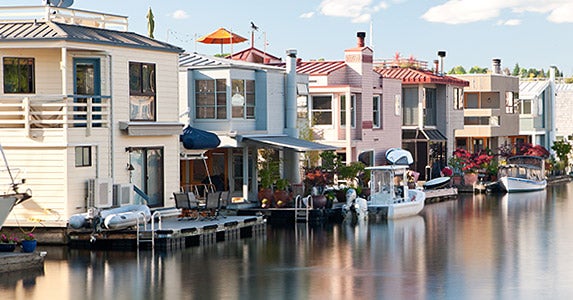 There’s an adage in real estate that it’s always good to buy land because they aren’t making any more of it. But who says your home has to be on land?

Scattered around the western United States, in places like Seattle and Portland, Oregon, are a handful of communities where the homes actually float on water. But they aren’t houseboats, which have their own propulsion systems. Instead, floating homes are built to be moored or docked to a specific location. The homes often plug into the grid for electricity and use city water and sewer services.

As with houses on land, prices for floating homes range from a few hundred thousand dollars into the millions. Mortgages are available. But the homes aren’t as common as they used to be. While the Seattle area has had floating homes at least since the 1930s, the numbers have been declining in recent years. At one point, it was estimated that there were several thousand floating homes in Seattle. Today, there are about 500. 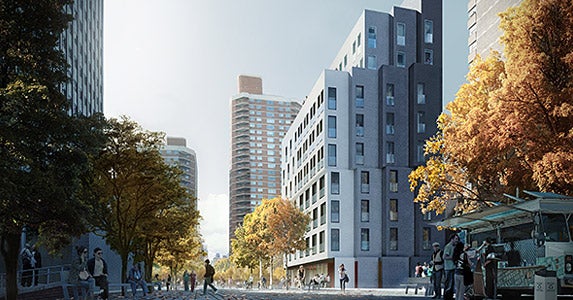 Small apartments aren’t all that unusual in big cities where space is at a premium and an affordable pad often means cramped quarters. But in New York, a city notorious for tiny studio apartments, there’s a new trend on the horizon: micro apartments. Last year, city officials approved “My Micro NY,” a 55-unit building consisting of studios, ranging from a mere 250 square feet to a (comparatively) roomy 370 square feet.

To put the size in perspective: 12 to 18 of these apartments could fit onto a pro basketball court, which is 4,700 square feet in area. And the 250-square-foot unit is a little bigger than those million-dollar parking spots in SoHo.

It has some shared space

While the units are certainly small, the building is designed to make use of common space, including a planned rooftop garden porch with picnic tables and a lounge that can seat 20 people for dinner or accommodate 40 guests for standing-room events. 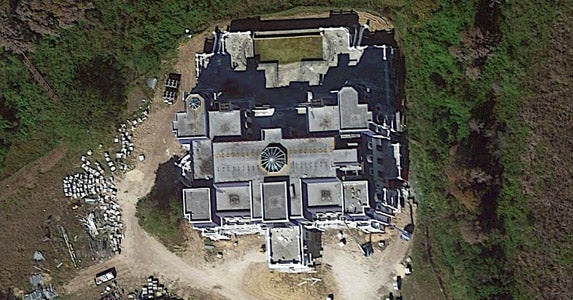 When it comes to opulence, it’s hard to outdo the French Palace of Versailles. But if all goes according to plan, billionaire David Siegel and his wife, Jackie, will complete construction next year on the largest home in America, a 90,000-square-foot mega-mansion modeled after the famous palace.

The Orlando-area home, which is 11 years in the making and has a reported $20 million mortgage, has 30 bedrooms and 23 bathrooms. But building it hasn’t been easy, or cheap. In 2009, at the depth of the economic meltdown, the Siegels nearly lost the property when creditors went after Mr. Siegel’s time-share company, Westgate Resorts. Construction on American Versailles stopped for two years, and during much of that time the family’s financial troubles were chronicled in a documentary titled “The Queen of Versailles.” The project is now back on track, and the Siegels, who currently live in a 26,000-square-foot home, say they plan to live on the property once it’s completed.