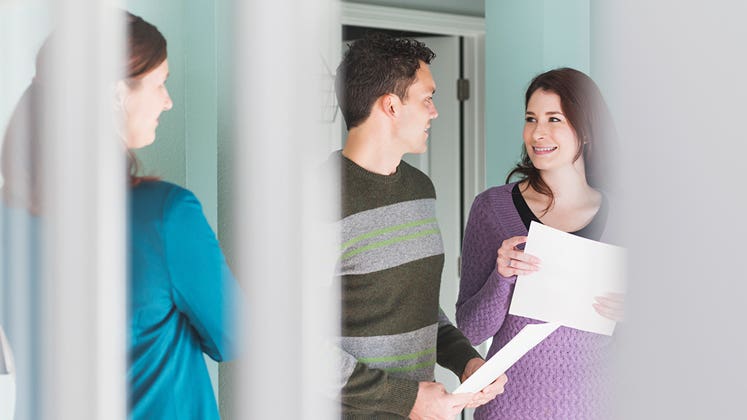 Millennials are buying homes later in life than their parents or grandparents, but that’s not necessarily a bad thing.

Buy only if you have good reason

Buying a home before you’ve really settled down can be an expensive mistake, says Matt Becker, a fee-only financial planner and founder of the site Mom and Dad Money. Houses are costly to buy, maintain and sell, making them a questionable purchase for anyone who doesn’t plan to stay put at least five years.

“Some people have good reasons for buying a home, and some just want to check off the box,” Becker says. “They think, ‘Oh, that’s one of those things I’m supposed to be working toward.'”

Owning a home can make you boring

Even those who are convinced a home purchase will be a good investment should understand that mortgages and other home costs limit what can be spent on other goals, says Eric Roberge, CFP professional and founder of Beyond Your Hammock.

“If you want to travel and do other things while you’re young, that doesn’t happen when there’s a house,” Roberge says. “It really doesn’t allow for flexibility.”

Still, lower mortgage rates and higher rents may tempt more first-time buyers into taking the plunge this year, real estate experts say. If you could be one of them, here’s what you need to do.

Polish those credit scores. These three-digit numbers determine not only whether you’ll get a mortgage, but how much interest you’ll pay. People with credit scores between 680 and 699 qualified for an average rate of 3.709 percent, according to a recent Bankrate survey. Those with lower scores — between 620 and 639 — qualified for an average 4.899 percent rate. The higher rate means the lower scorers would pay $210 more each month on a $300,000 mortgage.

Save like a fiend. You may be able to get a mortgage now with as little as 3 percent down, but the average homebuyer is ponying up 14 percent, according to RealtyTrac. A 20 percent down payment will save you from paying costly private mortgage insurance, can help you win a better interest rate and ensures you have equity from day one.

But don’t sink all your money into a house. You should have some cash left over for emergencies after you cover a down payment and closing and moving costs, Roberge says. Many advisers recommend you keep a minimum of three months’ worth of mortgage payments in an emergency fund.

Shop for your mortgage. Nearly 45 percent of first-time homebuyers considered only one mortgage lender, according to a survey published by the Consumer Financial Protection Bureau earlier this year. That’s a huge mistake, because rates and terms vary considerably by lender. You won’t hurt your credit by seeking multiple quotes — mortgage inquiries during a short period of time are aggregated together and treated as one inquiry.

For more step-by-step instructions on getting ready to buy a house, see “11 must-do’s for the first-time homebuyer.”