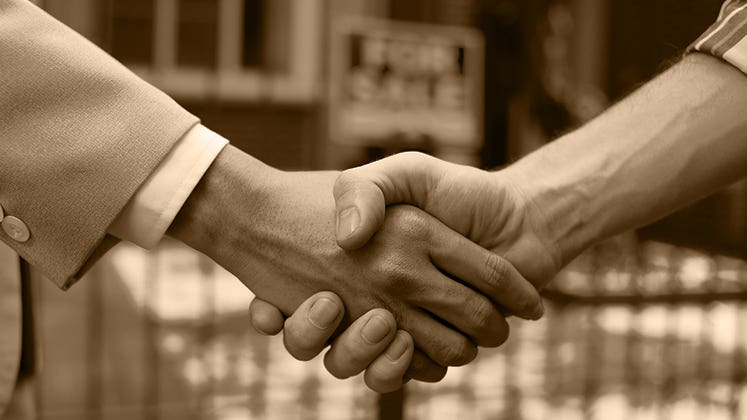 Ever tried to sell a house that wasn’t yours? How about moving into a house before buying it? These are among the bizarre tales told by real estate agents, buyers and sellers.

Owner unaware his house was being put up for sale

Elizabeth Kearney, a business consultant and author, was a real estate agent years ago. She says she was pleased to get a lead for a listing in an expensive part of Los Angeles. She jotted down legal details, including the owner’s name, and visited the house.

She was met at the door by the man who lived there. Kearney and the man toured the property together and talked about the listing’s details. Kearney handed paperwork to the man to sign.

After some back and forth, Kearney realized that she wasn’t meeting with the owner; she was speaking with the tenant. He was renting the house. The owner didn’t know about the tenant’s overtures to Kearney, and didn’t want to sell.

Another time, Kearney was selling a house she owned in a small town in Washington state. She had accepted an offer, moved out and was waiting for the transaction to close.

“I don’t think they ever really understood why, but they did comply,” Kearney says.

Frances Dawson was a real estate agent for sellers whose house had languished for several months during the slowdown of 2009. They were thrilled to get a cash offer for the $450,000 house from a young couple.

The buyers included a proof-of-funds letter from a brokerage firm. The buyers’ extended family turned out for the home inspection. It was like a holiday open house, Dawson says.

Later, the brokerage informed Dawson that the proof-of-funds letter had a forged signature. The would-be buyers vanished, but Dawson says their extended family verbally abused her, the sellers and the buyers’ agent.

Dawson now makes sure she verifies proof of funds and prequalification letters.

Anything that can go wrong …

Beverly Solomon got an offer from a young couple for her home near a golf course in Houston. The buyers and both sets of parents accompanied the inspector as he made his rounds.

A downpour came without warning. Water gushed in around the fireplace even though it had never leaked before.

Then the inspector climbed into the attic, made a misstep and fell through the ceiling.

Solomon says she lost that sale, but she later sold it for the asking price.