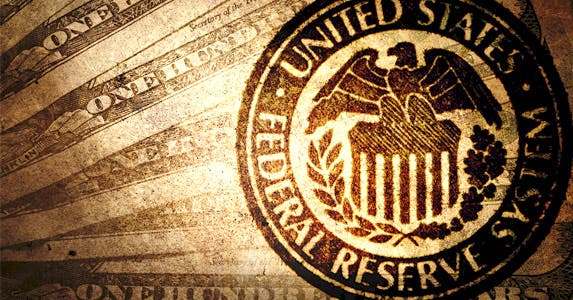 Highlights of the central bank&#8217;s history

Federal Reserve members may be able to shake up the economy in the short time it takes to issue a statement, but they tend to do that in the most careful, unexciting way possible.

“These are the very serious, boring people you knew in college,” jokes John C. Edmunds, finance professor at Babson College in Wellesley, Massachusetts. “They don’t like parties, they don’t like surprises, they go to bed at 9 o’clock and they only drink mineral water.”

They might not be the liveliest bunch, but the characters who make up the central bank have wielded power over the financial lives of Americans for over 100 years.

Comprised of a Board of Governors, a Federal Open Market Committee and 12 regional banks, the Fed monitors inflation and unemployment, regulates banks, and raises and lowers interest rates. And when the Fed speaks, it can affect your wallet.

Here are 5 key moments in the Fed’s history chosen by Allan H. Meltzer, Carnegie Mellon University professor and author of “A History of the Federal Reserve.” Find out about the recession you’ve never heard of, the Fed’s B.O. problem, the rise of “Darth Volcker” and more. 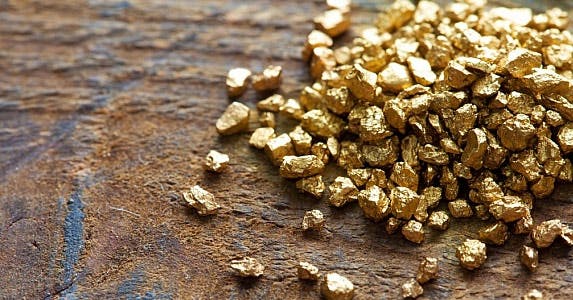 Seven years after the Federal Reserve was born, the central bank flexed its monetary-policy muscles during a downturn that began in 1920. This recession cut deeper than the Great Depression, though it lasted perhaps one-tenth as long.

What happened? Consumer prices were high following World War I and gold began to flow out of the country, taking it close to the nation’s minimum by law. To gain control, the Fed raised key interest rates, according to the Federal Reserve Bank of Minneapolis. For the first time, the Fed tried to manipulate the money supply to bring down consumer costs. It did so by raising the discount rate.

However, those policies helped create a sharp but short downturn. Gross national product slid 24% from 1920 to 1921, and the number of unemployed people jumped from 2.1 million to 4.9 million, according to the Cato Institute.

The Fed didn’t lower rates until the second quarter of 1921, a year after the start of the depression, yet the economy improved, Edmunds says. President Warren Harding had cut tax rates and reduced spending. Even the drop in consumer prices is cited as an influence, as purchasing power increased.

But the crisis had a lasting effect. The Fed realized its own power and became apprehensive. Raising interest rates hurt the economy and the Fed was “reluctant to do that again,” Meltzer says. “It had a substantial influence on its future.” 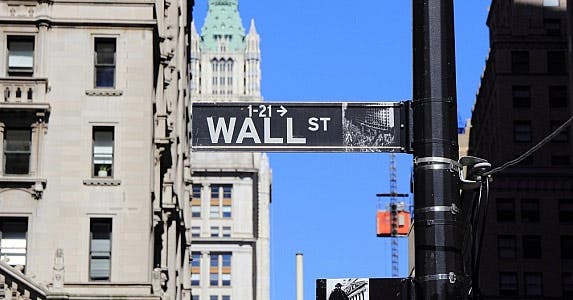 The Great Depression of the 1930s

The Roaring ’20s brought a fast-growing economy and mounting stock prices, but the bubble eventually burst in October 1929. The stock market crash set the stage for a devastating depression that lasted through much of the 1930s.

“When there’s a panic, what the Federal Reserve is supposed to do — or any central bank — is to lend money to the banks in the form of cash and then recover that later,” Edmunds says. “In the early days of the Federal Reserve, they did the reverse.”

Banks, which also invested in the stock market, tried to collect on investors’ loans to no avail. The Fed raised interest rates, about 9,000 banks failed, according to the Federal Reserve Bank of St. Louis, and a stampede of bank account depositors withdrew their money from banks and hoarded it.

World War II was one of the events that eventually improved employment and economic output, says J. Douglas Wellington, associate professor with the School of Business and Management at Husson University in Bangor, Maine. The Fed learned what could happen when a crisis isn’t contained. The Federal Open Market Committee was formed under the Banking Act of 1933, the Fed’s Board of Governors gained more power and reserve requirements and bank deposit insurance were implemented.

“The Great Depression, in my view, changed the Fed’s view of what its role was,” Edmunds says. “In about 1941, they became more accommodating, that is, more expansionist.” 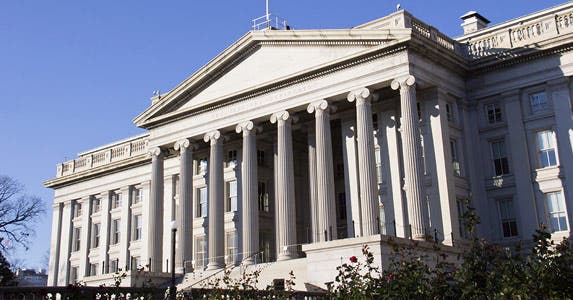 The Federal Reserve and the Treasury struck a formal agreement in 1942 designed to keep financing for World War II cheap. The Fed would maintain a low interest rate on Treasury bills, effectively giving up the ability to use open-market operations to make adjustments to the economy. However, the Fed relinquished some of its independence, Wellington says.

“If you believe in a strong Federal Reserve, you want the Federal Reserve independent of political pressures,” Wellington says. “If the Treasury can say, ‘This is what the interest rate should be,’ that’s basically the executive branch controlling monetary policy.”

The president and members of the Fed’s board met several times to discuss options, according to FOMC meeting minutes, and the talks ultimately produced the 1951 Treasury-Federal Reserve Accord. The agreement cleared the way for the “modern Federal Reserve,” according to a research paper by Robert Hetzel, Richmond Fed senior economist, and Ralph Leach.

Still, the central bank made deals with the Treasury going forward. For example, in 1953, the Fed’s Board of Governors implemented a plan to purchase and sell only Treasury bills to influence short-term government securities. It was called a “bills only” policy — or, thanks to a deodorant commercial at the time, “B.O.” to those who didn’t like it, according to the paper. 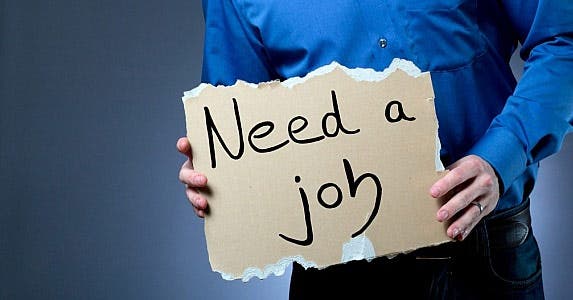 The high inflation of the 1970s

In the 1970s, the Fed tried a “stimulation-accommodation” approach to tame inflation and an economic downturn, which meant increasing open-market purchases to stimulate the economy, and then accommodated the recovery by keeping interest rates down, according to the Library of Economics and Liberty. The approach pushed inflation to a high of about 14%, according to official numbers, though Edmunds says actual inflation was a few percentage points higher.

The stock market, unemployment rate and deficit weren’t doing too well, either, he added. The Federal Reserve had a dual mandate to mind: Keep inflation steady and unemployment low.

But those goals could contradict each other, Wellington says.

Ultimately, when inflation started receding, unemployment rose. It eventually reached nearly 10% in the late ’70s, according to the Bureau of Labor Statistics.

It took a new Fed chairman, Paul Volcker — nicknamed “Darth Volcker” during this period — to reroute the economy. He tightened monetary policy, made the Fed more independent from government and took a lightsaber to inflation. It fell from about 13% in 1979 to less than 3% in 1983, according to the U.S. inflation calculator.

“Sometimes you have a restrictive monetary policy and you end up increasing unemployment,” Wellington says. “Now, oops, all of a sudden you’re not doing what your mandate says.” 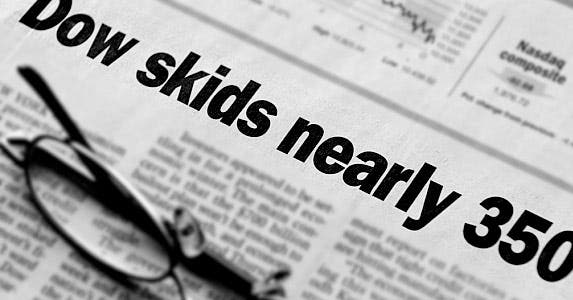 The Great Recession and beyond

In 2007, the housing market collapsed. Two years later, the Dow Jones industrial average plummeted to its lowest level in a dozen years, and unemployment peaked at 10%.

To help the hemorrhaging economy, the government bailed out or took over some of the nation’s largest financial firms, and presidents George W. Bush and Barack Obama signed stimulus bills to introduce tax cuts, consumer-protection measures and spending programs. The Fed lowered its benchmark interest rate to near 0% and embarked on an economic stimulus program, buying as much as $85 billion in Treasuries and mortgage-backed securities per month.

Experts differ on whether the Fed’s magic worked.

While Carnegie Mellon professor Meltzer says the effectiveness of the Fed’s policies currently is “very low,” Husson professor Wellington says the policies have been “generally helpful” and Babson professor Edmunds says the Fed made the Great Recession “considerably less severe than it would have been.”

Janet Yellen is now at the helm as Fed chair, and our 3 experts have forecast that she’ll maintain the status quo for the next few years. But no one knows what’s in store for the next century of the Fed’s reign.