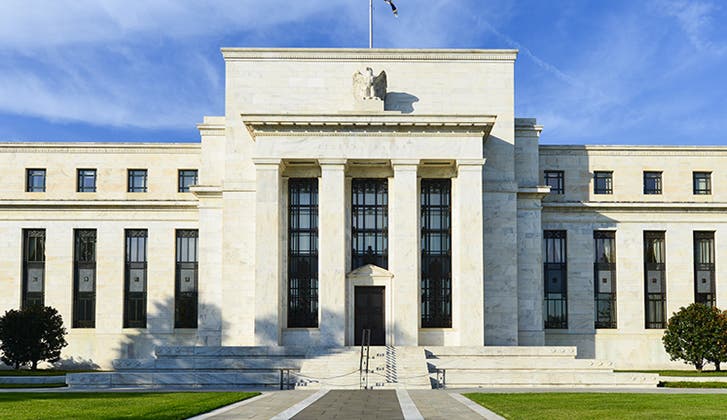 This week’s two-day meeting of Federal Reserve policymakers may resemble one of those relatively calm midseason episodes of “Game of Thrones.” Once it ends, it might not seem that a whole lot has happened. But you know that something bigger (though, in the Fed’s case, definitely not bloodier) is coming.

The central bank’s main purpose this week is to “ramp up for the October meeting,” says David Nice, an economist with financial services firm Mesirow Financial. He expects Fed Chair Janet Yellen, in her post-meeting remarks on Wednesday, to set the tone for the next huddle and possibly lay the groundwork for what’s to come regarding interest rates.

“I think there will be a lot to gain from her press conference,” he says.

Another goodbye to stimulus

What’s expected from the meeting itself? The Federal Open Market Committee, the Fed’s policy panel, will likely shave another $10 billion off its monthly bond-buying program, the same amount by which the FOMC has reduced asset purchases at every meeting since December.

The new reduction will leave the total amount being pumped into the economy at a mere $15 billion per month.

“They feel that effort has done its job; there’s no news that would suggest that’s going to change,” says David Crowe, chief economist for the National Association of Home Builders.

The Fed’s current round of economic stimulus had been an $85 billion program in which the central bank bought $40 billion in mortgage-backed securities and $45 billion in Treasury securities every month. It has since been wound down to a total of $25 billion per month, as of the July FOMC meeting.

When bond-buying is done, then what?

The minutes of the June meeting revealed that the Fed plans to end its bond purchases in October.

“That has been very well telegraphed,” says Lynn Reaser, chief economist at Point Loma Nazarene University in San Diego. “The markets have totally discounted it, and so it would be a surprise to no one.”

When the bond-buying comes to a close, the Fed will have to figure out what further actions to take to bolster the still-struggling economy, says David Wyss, an adjunct professor of economics at Brown University and former chief economist for Standard and Poor’s.

“Once they stop buying securities, then they’ve got to decide what to do next, whether it’s going to be selling securities, letting them roll off or raising the interest rates,” he says.

No rate hike likely for a while

Fed-watchers anticipate that the central bank will not begin raising what it has called its “exceptionally low” rates until next year. The most common prediction from Bankrate’s latest survey of top economists was that Yellen and company will wait until June 2015.

“It might seem that the June meeting, or perhaps April, might be the time frame to expect the first increase in their interest rate,” says Reaser, referring to the federal funds rate. That’s a rate that banks pay to borrow from one another.

Wyss agrees but thinks the Fed won’t give away that information just yet.

“The basic comment will be to (keep rates low) for a long period of time or significant period of time,” he says. “I’m betting on the second quarter of next year, but we’ll see.”

Keeping a close watch on jobs

The Fed places heavy emphasis on the U.S. employment situation, so the lackluster August jobs report will surely be a talking point during the meeting that begins Tuesday. Job growth slowed last month to its weakest level of the year.

“I think they — as well as I — are looking at job performance as the primary measure of how well we’re doing,” Crowe says.

“The Federal Reserve is going to be trying to determine — and it will have to determine — whether there are large numbers of people who will come back into the workforce if conditions improve, or if they will remain on the sidelines,” she says.

“More consistent growth,” says Crowe, of the National Association of Home Builders. “I think also a broader improvement in housing in more markets would provide them comfort that the housing industry is coming back.”

The action picks up on “Game of Thrones” as it nears the end of a season, and the same is about to happen for Yellen and her crew, Reaser concludes.

“Overall, the Federal Reserve faces one of the most important decision periods since the financial crisis of 2007-’08,” she says. “It could allow inflation to heat up if it moves too late, while it could also crush the economic recovery if it were to be too aggressive.”