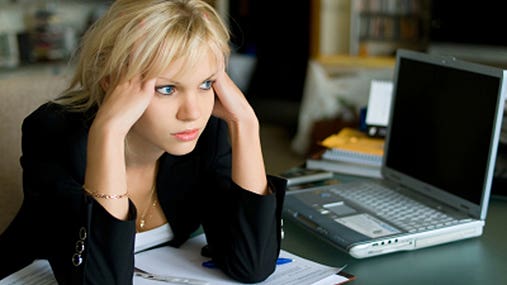 In the movie “Identity Thief,” Jason Bateman plays a victim to the identity-stealing antics of Melissa McCarthy’s character. He travels across the country to wrest his identity back, and hijinks ensue.

Real life rarely resembles the amusing capers of Hollywood. On the mostly unfunny side of identity theft are devastating financial consequences, including the potential to land a victim in jail.

It can even be life threatening. A recent caller to the Identity Theft Resource Center, or ITRC, relayed a story of medical identity theft that left him unable to fill his own needed prescriptions. The ITRC is a nonprofit that provides free counseling services to identity theft victims.

“Someone else was using his information to obtain prescriptions at a well-known national retail pharmacy,” says Eva Velasquez, president and chief executive officer of the ITRC. The problem: The victim also happened to use the same pharmacy. Adding to the confusion, the interactions of the perpetrator’s medications conflicted with those of the victim — meaning the medications taken together would be potentially dangerous — so the pharmacy refused to fill the victim’s prescriptions.

Create a news alert for
"credit"

“He was having a really hard time getting these prescriptions filled because the pharmacy was saying, ‘We can’t have one person taking these two medications.’ Even though he was saying, ‘That’s not me!'” Velasquez says.

To clear up the identity theft, “You have to contact every provider and you may not be able to figure out right away all the providers the thief went to,” says Lisa Schifferle, an attorney with the division of privacy and identity protection at the Federal Trade Commission.

As scary as it is, medical ID theft accounts for only a fraction of the identity theft complaints the Federal Trade Commission, or FTC, receives every year, according to Schifferle.

In addition, the FTC only hears a small percentage of all identity theft cases. In 2012 alone, 12.6 million adults were victims of identity fraud, according to Javelin Strategy & Research, a consultant to the financial services industry.

Once criminals have a few pieces of identifying information, they may be able to sell your information, open new accounts in your name or set up an entirely new life — as you. That’s what happened to one victim in California who was assisted by the Identity Theft Council, a nonprofit that organizes communities at the local level to counsel victims through recovering their identity.

That victim’s identity was stolen by an illegal immigrant, who began employment under the new identity, “which created claims of fraud from both the (Internal Revenue Service) and Social Security Administration,” says Neal O’Farrell, executive director of the Identity Theft Council. “The thief opened numerous lines of credit and accounts in the victim’s name, which became a separate fight.”

Two states, two driver’s licenses and two DUIs later, the victim could no longer renew her license and had a criminal record, plus numerous tickets, to her name. And she had a new house — conveniently purchased with her credit by the fraudster.

“When the thief was finally arrested, in North Carolina, she refused to give her real identity unless she got a deal for a reduced sentence and automatic deportation — because she knew that as soon as she got back into the country she could start all over again with the same identity,” O’Farrell says.

That’s the scariest part about identity theft: Once your identity is compromised, you never know what else is out there or who might have your information.

Consumers can take steps to protect themselves. Unfortunately, much of the problem stems from businesses that ask for identifying information, such as on job applications and paperwork for doctor offices. As businesses gather and store all of this data on consumers, their failure to safeguard the financial and identifying details of consumers is essentially robbing Americans of their security.

In these days of escalating data breaches, the argument for an off-the-grid, cash-only lifestyle sounds less paranoid and more sensible. But if hanging up the credit and debit cards for good isn’t on your agenda, take care with the places where you do use your cards to avoid account takeovers.

“This form of credit card fraud occurs when a thief gains access to your credit or debit card number through criminal hacking, dumpster diving, ATM skimming or perhaps you simply hand it over when paying at a store or restaurant,” says Robert Siciliano, identity theft expert with McAfee, a technology security company.

Other identity theft prevention steps that consumers can take to protect their valuable identifying information can be summed up in a nifty acronym from the Identity Theft Resource Center: SHRED.

Consumers are entitled to one free credit report per year from each of the three major credit reporting bureaus through the website AnnualCreditReport.com.

E: Empty your purse or wallet.

D: Discuss these tips with family and friends.

Identity theft isn’t on everyone’s radar, but it should be. Make sure friends and family know that they should protect their identity the same way they would protect other valuables.

“When you go on vacation, you lock your house. It is the same thing with identity theft. You cannot prevent it altogether. But you can make it much harder for the thieves to get in,” Velasquez says.