Visa and Mastercard have moved ahead with their planned raises to swipe fees, or credit card transaction fees, at the end of April, in spite of retailer protests. The card networks had put these increases on hold since April 2020, because of the pandemic.

It seems any increases to retailer costs as a result of an increase in swipe fees will likely be factored into prices and trickle down to consumers as retailers try to recoup these costs. According to the Merchants Payments Coalition (MPC), a retail industry trade group focusing on reforming the U.S. payments system, the average family pays more than $700 a year in higher prices resulting from swipe fees.

The majority of this goes to the bank that issued the card as an interchange fee. Swipe fees also include a payment to the merchant’s bank and the card networks, and any processors, involved in the transaction.

Both Visa and Mastercard maintain that some of their swipe fee changes could actually lower costs for retailers. According to a spokesman for Visa: “Any rate increases are largely avoidable and apply to transactions that are sent to Visa with insufficient data, are coded incorrectly, carry increased risk or are processed without using a Visa EMV payment token. These rates are designed to maintain high data quality and integrity across our network to prevent fraud.”

Visa has also lowered “key instore and online consumer credit” interchange rates by 10 percent, impacting more than 90 percent of American businesses, the spokesman added. This would apply to businesses with $250,000 in Visa credit card sales volume, which would affect businesses with up to typically $2.5 million in total sales revenue. He also stressed swipe fees do not bring in revenue for Visa, but help defray the network’s costs in keeping credit card transactions secure and reliable.

And according to a Mastercard spokesman: “Our focus remains ensuring the safety and security of payments while balancing the interests of all parties. Our changes include some increases and some decreases. We’re decreasing costs for all merchants with transactions below $5, as well as hotels, casual dining, daycare facilities and other hard-hit categories now in recovery mode.”

Retailers not on board with swipe fee changes

Retail trade groups are against the changes, though, and don’t see them as benefiting retailers or consumers. According to a letter sent in mid-April by some Congressmen asking the card networks to halt their swipe fee increases, retailers paid $77.5 billion in Visa and Mastercard credit card processing fees for 2021.

Doug Kantor, executive committee member for the MPC, dismissed the idea that small retailers would benefit from the change in Visa’s fee schedule.

“Visa is playing a public relations game to distract from its increases in fees,” Kantor said. “Only very tiny merchants would qualify for this small change, and Visa will only give the benefit to merchants that know about it and ask for it.” (The Visa spokesman maintains that there is no requirement for qualifying merchants to ask for a rate reduction since it was automatically put into effect across the Visa system on April 23.)

Kantor also sees Mastercard’s intention to decrease costs for some merchants hard-hit by the pandemic as a “public relations stunt” that will throw back “a few crumbs to merchants who will see higher costs anyway.”

Leon Buck, National Retail Federation’s vice president for government relations, sees the concessions the card networks refer to as a public relations exercise that will not really benefit merchants overall.

“If there are any decreases, they will apply only under narrow circumstances and will have little effect on the overall amount collected,” Buck said. “Saving a few million dollars for a few thousand merchants is a drop in the bucket when there are millions of merchants collectively paying tens of billions of dollars in fees every year.”

And according to the Retail Industry Leaders Association (RILA), the swipe fee changes will result in $475 million in annual increases. “These fees will add to the inflationary pressure facing retailers, restaurants and every other business that accepts credit cards, and the impact will primarily be borne by those who can least afford it,” said Austen Jensen, RILA’s senior vice president of government affairs.

Fees on debit card swipe fees are capped at 21 cents plus 0.05 percent of the transaction value (plus one cent towards fraud protection costs), thanks to the Dodd-Frank legislation’s Durbin Amendment, and it seems some large retailers are asking for Congress to also put in caps on credit card transactions as well.

However, some smaller retailers and commentators hold that capping debit card swipe fees did not benefit consumers and are against caps to credit card swipe fees. According to commentary by Dorothy Judy, mayor of Parsons, W. Va, big retailers benefited from the debit card caps but did not pass on the savings to consumers.

And smaller retailers saw their swipe fees, which were lower prior to the cap, go up as banks tried to make up for the losses caused by the cap. Those retailers, in turn, passed on the costs to consumers. Judy says a similar scenario would play out if credit card swipe fees are capped.

Banks will likely cut back on credit card rewards if their swipe fees are capped, much as debit card issuers did. And the cost of credit would go up too for consumers, especially hurting low-income and minority consumers.

However, Visa and Mastercard may not have the final say on their swipe fee raises. Congress is holding a hearing May 4 on card networks’ swipe fees and “barriers to competition in the credit and debit card systems.”

In the meantime, MPC’s Kantor noted, “Merchants are not able to absorb the ever-increasing cost of accepting credit cards. Most merchants are left with no choice but to pass some of the cost along to customers in the form of higher prices for goods and services. Consumers don’t see these rapid increases in swipe fees, but they feel them in higher prices all the time.”

Two major credit card networks have made changes to the swipe fees retailers pay for card transactions. While they maintain some changes will lower costs for smaller retailers, retail associations are not buying it. The latter say the swipe fee changes will end up hurting consumers with higher prices as retailers pass along higher costs. Congress is holding a hearing in early May to look into credit and debit card swipe fees. 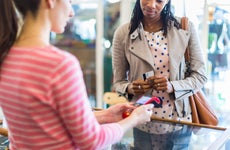 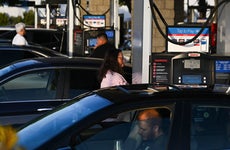 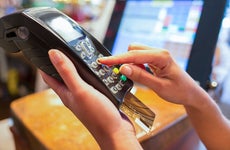 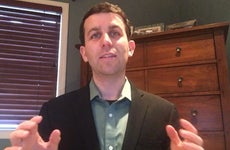