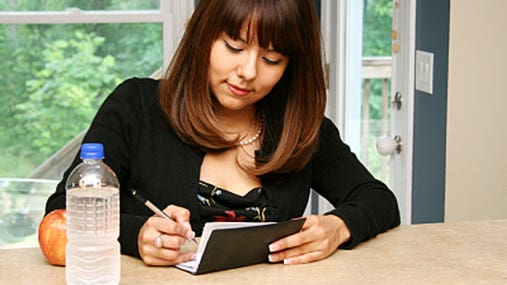 Like e-mail accounts and water at restaurants, checking accounts have become something people are used to getting for free. But that could be changing.

The biggest change right now is a new Federal Reserve rule requiring banks to seek a customer’s permission before enrolling them in overdraft protection coverage that temporarily covers purchases at the register in exchange for what’s usually a big bank fee later, says McBride. This rule applies to ATM transactions and debit cards, which will now simply decline a purchase if a customer doesn’t have the funds in his account to cover it and hasn’t opted in for overdraft protection.

Income from debit overdraft fees was a major source of revenue for the banks, $37.1 billion in 2009 alone, according to Moebs $ervices Inc., an economic research firm in Lake Bluff, Ill. That revenue stream will no longer help subsidize the cost of free checking accounts for banking consumers. That’s causing banks to rethink their checking account offerings, says Bert Ely, a banking consultant and principal of Ely & Co. in Alexandria, Va.

“Part of the repricing (of checking account fees) is reflecting what I believe is a reduction in the amount of cross-subsidy that’s available within banks simply because of a drop in overdraft fees,” says Ely. “It’s like squeezing a balloon. The revenue balloon is getting squeezed in places, so to get the same amount of revenue, it’s got to bulge out someplace else.”

But banks are bracing for an even bigger slice to their bottom line from a provision in the Dodd-Frank Wall Street Reform and Consumer Protection Act passed earlier this year. Known as the Durbin Amendment, the provision allows the Federal Reserve to regulate interchange fees, or the fees merchants pay to banks for debit card transactions. Such fees have been another major source of revenue for banks.

“We haven’t yet seen the impact of lower interchange fees,” says Ely. “I don’t know how that’s going to play out, but that’s a huge question right now.”

As the FDIC considers further limits on how much banks can charge in overdraft fees for bounced checks, it’s likely that rank-and-file checking customers will be asked to shoulder more of the maintenance costs of their accounts if banks can no longer rely on overdraft customers to subsidize free checking, says McBride.

“There’s a fixed cost to (maintaining a checking account). There are regulatory requirements, filing requirements and then there are processing statements, posting transactions and all of those things,” says McBride. “What banks have traditionally tried to do is offset that cost by cross-selling consumers into other products and services.”

As if the rapid changes in the regulatory environment weren’t enough, Ely also cites rock-bottom interest rates making consumer deposits less valuable to banks because they can’t lend that money back out at high rates like they did when the economy was healthy.

“The current interest rate environment and regulatory environment is forcing a lot of really fundamental rethinking of the delivery of retail banking services, both from the revenue standpoint as well as the cost standpoint,” says Ely.

All this points to free checking with no strings attached becoming less prevalent. Fortunately, account holders can still dodge monthly service fees, often without switching banks. If you begin seeing service fees on your monthly statement, try asking your bank about other accounts they have that don’t levy fees. If that doesn’t work, try asking your bank if it offers fee waivers. While free accounts compose only 65 percent of noninterest checking accounts, Bankrate’s 2010 Checking Study shows that number rising to 88 percent when you add in accounts that offer fee waivers for meeting conditions like signing up for direct deposit.

If your bank begins charging a monthly service fee and you can’t or don’t want to jump through those hoops, there’s always shopping around on Bankrate for a better deal. With so many banks and credit unions still offering free checking, there’s no reason to stick around and pay high fees.

The 2010 Bankrate Checking Study data are gathered by surveying the top 10 banks and thrifts in 25 of the country’s biggest markets. We asked those institutions about terms on one generic noninterest account and one interest-bearing account most applicable to the general consumer.