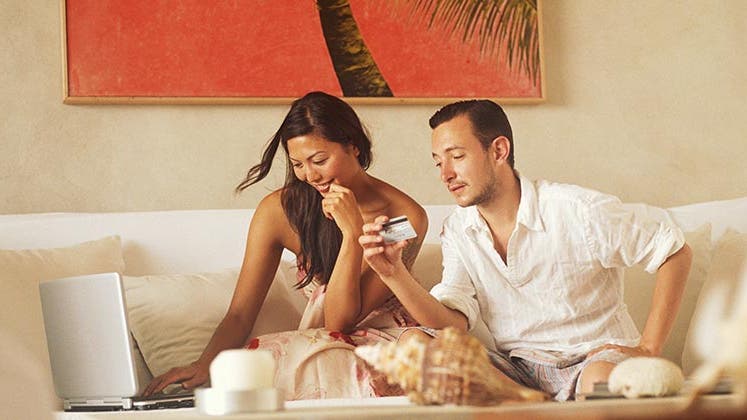 The credit card offers that appear on the website are from companies from which this site receives compensation. This compensation may impact how and where products appear on this site (including, for example, the order in which they appear). This site does not include all credit card companies or available credit card offers.
Bankrate has partnerships with issuers including, but not limited to, American Express, Bank of America, Capital One, Chase, Citi and Discover.

Imagine you invented a product that is generally well regarded, but few people actually use it correctly because it’s either too complicated or too time-consuming.

And what if, for some people, your product actually is harmful?

This wouldn’t be a very successful invention.

All of these things are true about rewards credit cards, except the part about the product flopping. For card companies and the card users who use them effectively, reward cards can be very successful.

But what about for the rest of us?

“For most people — for more than 50 percent — credit cards with rewards aren’t worth it,” says Steve Repak, a North Carolina-based certified financial planner and author of “6 Week Money Challenge.”

Interest eats away at rewards

One major reason why: Many consumers carry a balance on their credit cards, leading to finance charges. Accumulating any interest can quickly offset any rewards you receive for using the card.

In fact, 47 percent of U.S. credit card holders indicate they carry over a balance at least occasionally, according to a July 2016 survey by the Financial Industry Regulatory Authority’s Investor Education Foundation. And 32 percent say they make the minimum payment only in some months.

Let’s look at how that impacts rewards.

For this example, we’ll assume our fictitious cardholder owns a rewards card that pays 1 percent cash back and carries an annual percentage rate of 16.05 percent, the national average rate, according to Bankrate’s most recent survey of banks and thrifts. The cardholder charged $1,500 worth of goods and services during the month and made the minimum monthly payment of $45 when the bill arrived.

Our cardholder earned $15 in cash back rewards, but paid $20.06 in interest, according to Bankrate’s minimum payment calculator.

For more than 50 percent, credit cards with rewards aren’t worth it.

In this case, using a rewards card makes no sense, particularly if the cardholder regularly doesn’t pay the entire bill each month.

People don’t use rewards, either

Now, 52 percent of American card users pay their bills off monthly, meaning they never face interest payments. A rewards credit card is right for them, right?

You have to use the rewards you earn, and consumers are leaving billions of dollars of rewards on the table annually.

“People just tend to not pay that much attention to their rewards balances,” says Monica Sonnier, a member of the American Institute of CPAs’ National Financial Literacy Commission.

Cardholders, for example, understand that rewards programs can make financial sense, but few actually use points or miles to pay for hotel or airline costs, a July 2016 survey commissioned by the AICPA found.

While 58 percent of Americans say using a card to earn travel rewards is smart, just 15 percent say they have ever paid for all or part of a trip using rewards points, the survey found. Nearly the same percentage indicated they had charged more to their credit card on a trip than they could pay in full by their next statement.

Sonnier, a portfolio strategist with Allegis Investment Services in Salt Lake City, says people tend to sign up for reward programs and then fail to follow through on managing their points, either because they don’t have time or they determine that their spending habits don’t match with the rewards program.

“Look at the fine print and determine, ‘how many points am I likely to get based on the spending that I normally do,’ emphasizing the word ‘normally,'” she says.

If you have to overspend to earn the offered sign-up bonus, that’s a sign you shouldn’t get that card, Sonnier says.

One other reason people may be leaving points behind: Rewards redemption can be complicated — and frustrating. The Consumer Financial Protection Bureau, or CFPB, in a December 2015 report concluded that consumers might “find the redemption process more complex, opaque or time-consuming than they had assumed.”

Consumers recognize these problems and have complained about them. Redemption practices are a “major driver” of rewards-program complaints to the CFPB, the report notes. And a May 2016 report by J.D. Power found ease of redemption was the single biggest factor separating the highest-performing airlines-rewards programs and the worst-performing ones.

Of the available types of rewards cards, Repak favors cash-back credit cards because redemption is less complicated — even if the redemption value can be smaller than with travel cards.

“Reward programs that put the control with the customer on when and how they redeem their rewards are becoming more common within the industry,” Mike Battagliese, senior vice president and head of credit, debit and emerging payments for Citizens Bank, wrote in an emailed response to questions. “So customers may choose to continue to build up their rewards balance in anticipation of a future redemption.”

It’s true that these programs are popular. The CFPB study finds that about two-thirds of consumers who are enrolled in at least one rewards program receive cash-back rewards. And half name it as the most valuable form of rewards program they use.

But rewards complaints to the bureau “disproportionately relate” to cash-back programs, the CFPB finds. “Some issuers placed overall limits on rewards accumulation. Many issuers offered a wide variety of spending categories that entail extra earning at specified types of merchants. Others offer, either in lieu of, or in addition to these fixed categories, extra earnings in categories which ‘rotate.'”

To fight this, consumers should look for reward programs that have simple redemption models, says Julie Pukas, head of U.S. bank card and merchant solutions at TD Bank.

“I think it’s consumers’ preference,” Pukas says. “Cash-back rewards really give consumers flexibility with how they redeem those rewards.”