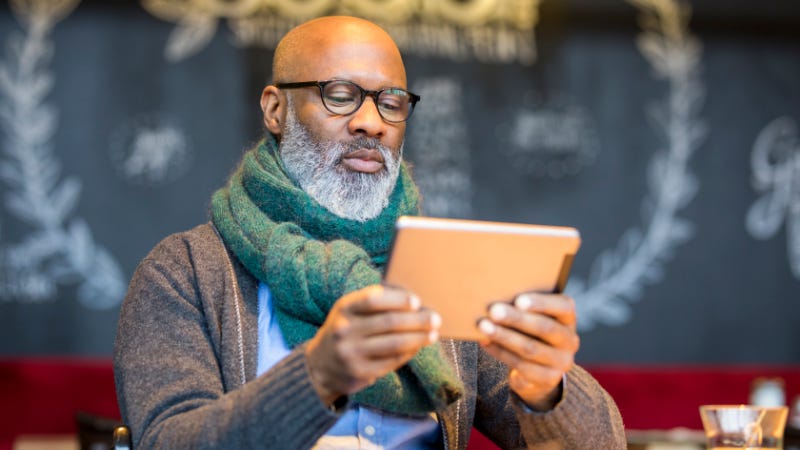 Tony Soprano stashed his money in a bag of bird food outdoors. This may make you laugh, but if you’re keeping money in a bank account that isn’t paying interest, your future purchasing power may also take a hit.

In fact, according to a Bankrate survey in May, nearly a quarter of people weren’t earning any interest at all, and another 20 percent were getting an interest rate of less than 1 percent.

Let’s say you had $40,000 hidden outdoors in 2002, and the money was still there today. Turns out you’d need $56,606.95 to purchase now what you could then, according to the CPI Inflation Calculator from the Bureau of Labor Statistics (BLS). That’s about a 41 percent increase in around 17 years.

So while the crime boss of the television series, “The Sopranos,” knew about many of his enemies — inflation probably wasn’t on his radar.

Your money needs to (at least) keep up with inflation

Over time, inflation eats away at your purchasing power, if you’re not keeping up with it.

That’s concerning since, going back to 1959, there’s never been this much money in savings deposits at commercial banks.

What this means for you is if your money is yielding less than 1.6 percent APY, you’re losing purchasing power.

It’s true that savings, money market account and CD rates have decreased recently. But after nine Fed rate increases since 2015, and only one rate decrease in July, some high-yield savings accounts are still keeping up with inflation. Though if there’s another rate cut on Sept. 17-18 when the Fed meets again, that could make keeping up with inflation a little more difficult.

But if you have an account earning anything near the national average, you can easily obtain a higher APY. Remember, most interest you can withdraw without a penalty is taxed as ordinary income in the year you receive it. So you have to factor this into whether you’re staying ahead of inflation or not. The more time your money sits in a low-yielding account literally collecting dust, the less purchasing power you’ll have in the future.

People generally don’t like change, especially when it comes to their bank account. A 2017 survey conducted for Bankrate and Money found that the average U.S. adult used the same primary checking account for about 16 years. Direct deposits and bill payments are some possible reasons why people hold on to those accounts so long. Savings accounts earning a low yield should be easier for people to part ways with, since generally they won’t have multiple bill payments or direct deposits attached to them.

(You can compare rates on savings accounts and money market accounts on Bankrate to find the right account for you.)

What inflation does to your purchasing power

The only return that matters is what you earn after inflation, Meredith says.

“If you’re not even keeping up with that, then you’re destroying your wealth slowly over time,” Meredith says. “You’re not building any real wealth and local banks, around here, are really paying low rates on savings accounts compared to what you could get through an online bank.”

Sometimes when people see a monthly interest credit, they may say that they’re ‘earning’ a certain amount each month. Yes, a person earning 0.01 percent APY receives interest credits. But when comparing the APY to inflation, the result is a negative return.

If inflation is currently around 1.6 percent, and your APY is less than this, Meredith says this is like an invisible tax on your money that’s not going to show up on a bank statement.

“But if their brokerage account goes down 1 percent, they definitely notice that,” Meredith says. “If you don’t see it, it doesn’t hurt as bad.”

While inflation is invisible, it can have real consequences over time.

For some, credit card rewards and sign-up bonuses can be an easy way to apply credits toward your travel. Or a sign-up bonus can help you apply money to charges you’re going to make anyway. Assuming you’re paying your statement balance each month, and not paying interest, these can save you money.

“People obsess over their credit card rewards,” Meredith says. “But they might have a hundred grand sitting at 0.25 percent (APY). So you’ve got to look at every detail. And if you’re not, you’re missing out.”

If you’re in a low-yielding account, here’s how much inflation is costing you

Many people are content with their money sitting in a low-yield account. But seeing how easily purchasing power can deteriorate, might lead some to take action. There are a few ways to do this.

Personal finance articles talk about giving up a latte a day to save money. A different take would be comparing the cost of a pound of 100 percent, ground roast coffee over the years.

That means, the price of coffee increased a little more than 50 percent during those 30 years, according to data from the BLS.

This is why keeping up with inflation is so important. If your $5,000 didn’t earn any interest during that 30-year period, you’d need more than twice the money to purchase the same goods 30 years later.

Making the change to a higher yield can be easy

A few years ago, Meredith says that he and his wife were saving a large amount of money to build a home. This wasn’t money he could afford to potentially lose in investments. But he also didn’t want to continue earning 0.25 percent APY, which he says was his bank’s yield at the time. So he put in about a half hour of work and switched to an online bank. He was rewarded with an APY four times his previous yield.

Some banks, such as Citibank, say you can open up an account online or apply for an account, in around five to 10 minutes. But some may have a longer process.

“I always try to state the dollar amount of interest they’re costing themselves because percentages don’t always speak as loudly to the customer,” Meredith says. “But if you say you’re earning $100 a year on ($100,000) and you could be earning $2,200 a year with 30 minutes of work, that a lot of times gives people a nudge to actually do something.”

If you already have an emergency fund or enough cash in savings, you may find that some money in a bank account should actually be invested to keep up with inflation. There are ways to potentially score higher returns through investments, such as stocks, which can be traded with a brokerage account.

But you could also lose some or all of your money going this route. Money that can’t be risked needs to be in an FDIC-insured account within insurance guidelines. When you’ll need to use your money and the amount of risk that you’re comfortable with will determine whether investments or bank accounts are the best fit.

You don’t have to constantly check the inflation rate, but being aware of both the APY you’re earning and inflation are important to at least maintain your current wealth. If you don’t, your hard-earned money won’t be able to purchase as much in the future, and that could put you in a real pinch down the line.