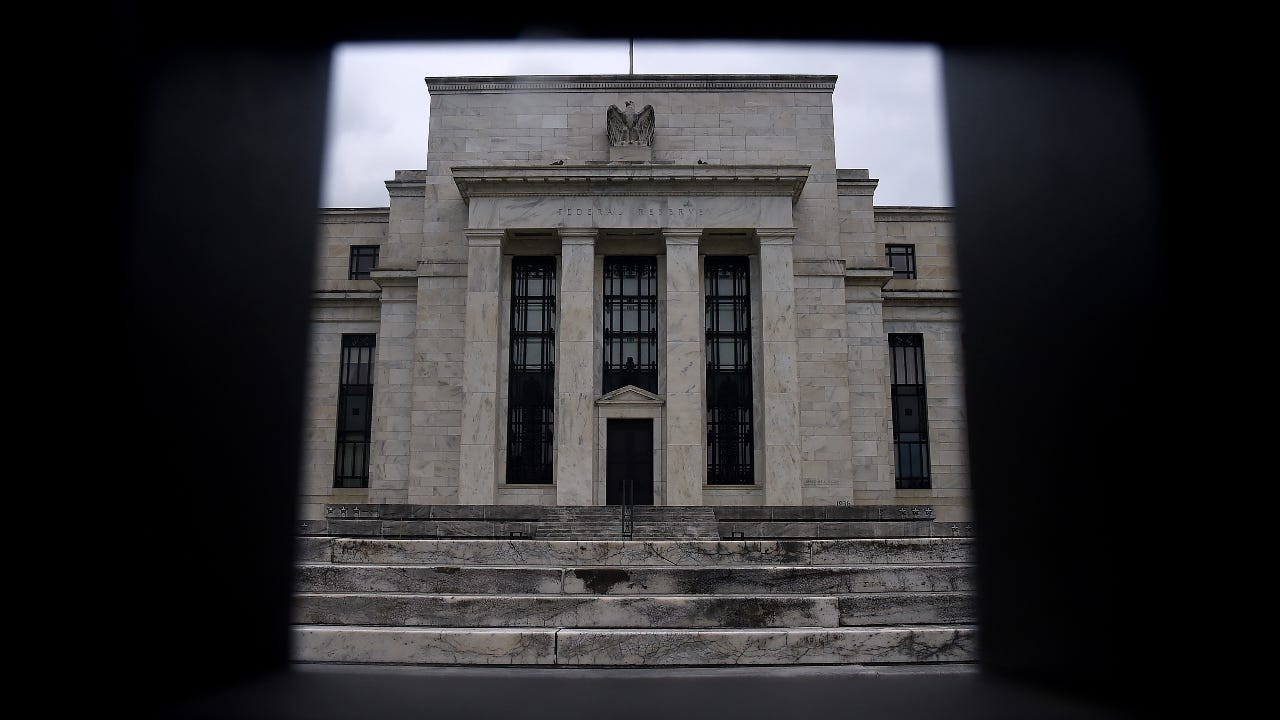 Meet the faces behind the U.S. economy.

The Federal Reserve is the central bank of the U.S. It’s tasked with maintaining a stable and sound financial system — most notably by raising or lowering interest rates at (what’s typically) eight meetings a year. But those decisions are made by a voting body: the Federal Open Market Committee (FOMC), of which several Fed officials belong.

They’re the ones actually deciding on whether to raise, lower or maintain interest rates. The decisions they make directly influence the economy and your wallet.

Here’s what the FOMC is, including who’s on it and why it matters.

What is the FOMC?

The FOMC is the group of Fed officials given the sole authority of voting on whether to raise, lower or maintain interest rates. The FOMC, specifically, is one of three branches within the Federal Reserve System (the FOMC, the board of governors and the 12 regional reserve banks).

What does the FOMC do?

Most notably, the FOMC decides what to do with the Fed’s benchmark interest rate, the federal funds rate, which influences other borrowing costs throughout the financial system, such as credit card and home equity lines of credit (HELOC) rates, as well as yields on savings accounts and certificates of deposit (CDs).

Officials also listen to other FOMC members participating in what’s called “economic go-rounds” during meetings, a time dedicated to informing other officials on what’s happening in their regions.

After each Fed meeting, the FOMC issues a policy statement that breaks down what officials decided to do and why. Three weeks after each meeting, records of that meeting known as “minutes” are published. Complete transcripts featuring word-for-word dialogue that took place during FOMC meetings are published five years later.

Under Fed Chairman Jerome Powell’s tenure, the central bank now holds a press conference after each meeting, hosted by Powell. They originally happened only quarterly.

Once a quarter, Fed officials will submit economic projections for employment, gross domestic product (GDP) and inflation. They’ll also mark down their projections for where interest rates are likely to go in the years ahead, in a chart known as the “dot plot.” Both of those forecasts are called the Summary of Economic Projections.

But the FOMC decides on more than just adjusting interest rates. It also conducts open market operations, where it buys and sells securities. That process, formally called “large-scale asset purchases” but more colloquially known as “quantitative easing,” can influence longer-term interest rates, while also expanding or contracting the money supply.

Who is on the FOMC?

The FOMC is made up of 12 members: the seven board of governors (though right now, there are two vacancies), the president of the regional New York Fed and four other Reserve Bank presidents located throughout the country. The board and the New York Fed president have permanent voting positions, while the four regional bank presidents rotate on and off the board annually.

Currently, those officials are:

Additionally, five other officials also serve as alternates, four of which are also regional reserve bank presidents not on the current voting body, and then the first vice president of the New York Fed. They’re there in case any Fed officials have to miss a meeting. In 2020, they are:

But even those who don’t have a vote still have some influence. All 12 regional reserve bank presidents attend meetings, even though four of them aren’t on the voting board nor an alternate. They participate in discussions and contribute to the assessment of the economy and policy options just as much as other voting members in attendance, informing everyone on how well their regions are performing.

The chair of the board serves as the chair of the broader FOMC, a position currently served by Jerome Powell. Other former chairs include Janet Yellen, Ben Bernanke and Alan Greenspan.

When does the FOMC meet?

The FOMC typically meets about every six weeks, culminating in about eight meetings a year. Broader economic events could, however, prompt the Fed to meet outside of its original schedule.

That was the case during the financial crisis of 2008, as well as the coronavirus crisis in March 2020. Officials voted to reduce interest rates at two emergency meetings within 13 days of each other, bringing borrowing costs down to near-zero percent for the first time since the financial crisis.

Who decides who is on the FOMC?

The Federal Reserve System is designed to be independent of government, though not independent from government. The Fed’s board ultimately reports to Congress. Members are appointed by the president, approved by the Senate Banking Committee and then the broader Senate before coming to the Fed.

The regional reserve bank presidents, on the other hand, have more separation from Congress. A board of directors at each reserve bank, made up of local business contacts, leaders and experts, decide who ultimately serves at the helm. They’re then approved by the Fed’s board of governors.

Interest rate decisions: The influence of doves, hawks and centrists

While the Fed has to come to a majority consensus for most of its decisions, lots of attention is focused on who’s on the Fed, given the influence they have and the impact of their decisions.

Most Fed watchers group officials into three categories: doves, hawks and centrists. Doves tend to prefer keeping policy accommodative, with some experts pointing out that they tend to be more concerned with letting the labor market run hot. Hawks, meanwhile, are more of the sticklers, fixed on the idea that too-loose policy could lead to asset bubbles or inflation.

If a voting board tends to be made up of more dovish members, that might indicate a lower interest rate policy in the year ahead. If that same voting body is more primarily composed of hawks, they might be more willing to raise interest rates at a faster pace.

At the end of the day, however, the Fed is ultimately said to be “data-dependent,” deciding what to do with interest rates ultimately on what data reflecting the dual mandate tells them.

The FOMC’s decisions arguably impact your wallet more directly — and more quickly — than any other policymaker in Washington. What they decide to do can steer the broader economy between the two precarious positions of recession and overheating, while also influencing how much you pay to borrow and what you’re paid to save.

“Decisions on monetary policy are made by committee,” says Greg McBride, CFA, Bankrate chief financial analyst. “While the Fed Chair is the recognizable face of the Federal Open Market Committee, they do not single-handedly make the decisions affecting the economy, but try to reach a consensus among the committee.”

Featured image by Olivier Douliary of AFP via Getty Images.