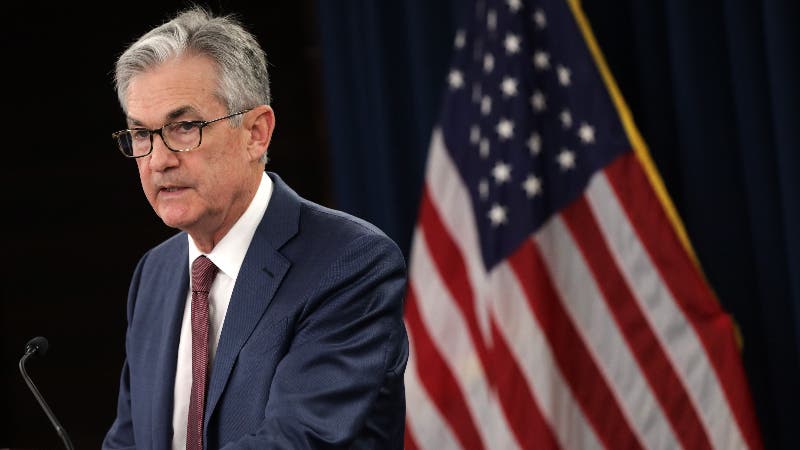 The Federal Open Market Committee (FOMC) lowered the federal funds rate to a target range between 0-0.25 percent. It’s the largest emergency reduction in the Fed’s more than 100-year history, and it’s the first time the U.S. central bank has reduced rates at an unscheduled meeting within 13 days of each other.

In addition to cutting rates, the Fed also introduced a massive program where it would buy Treasury debt and mortgage-backed securities at a pace of $500 billion and $200 billion respectively “over coming months.” The move is designed to cushion the U.S. economy even more by ensuring money markets operate smoothly.

“The coronavirus outbreak has harmed communities and disrupted economic activity in many countries, including the United States. Global financial conditions have also been significantly affected,” the FOMC said in a statement released Sunday in Washington. “The Committee expects to maintain this target range until it is confident that the economy has weathered recent events and is on track to achieve its maximum employment and price stability goals.”

The move, which had one dissent, brings back memories of the global financial crisis more than a decade ago. It comes at a time when U.S. Treasurys have plunged to their lowest levels ever, with the entire yield curve falling below 1 percent for the first time in history. Equity markets ended their near 11-year bull market run on fears that the virus would dampen economic growth before Congress created an adequate fiscal policy response.

It comes on the heels of additional aggressive action from the Fed on Thursday, with the U.S. central bank injecting $1.5 trillion into money markets to ease funding shortfalls amid record volatility.

Following the emergency action, Powell said during a press conference with journalists that Thursday’s events prompted the Fed to move up its meeting by two days. The emergency action would be “in lieu of” its originally scheduled, two-day gathering, set to conclude on March 18. In a historic decision, Powell announced they would not be updating their Summary of Economic Projections, as they do once a quarter, given the uncertainty of the economic environment.

The outlook “is just not something that’s knowable,” Powell said. “Writing down forecasts in that circumstance didn’t seem useful.”

Public gatherings have been limited across the country to prevent the spread of the virus, with states such as Illinois, Ohio and Massachusetts introducing sweeping measures to close public schools, restaurants and bars. Experts say these actions have likely sent the longest expansion on record to a grinding halt, if not an outright recession.

Now that interest rates are back to their lowest levels ever, the aggressive reduction shows that officials couldn’t wait for their originally scheduled two-day meeting, says Greg McBride, CFA, Bankrate chief financial analyst.

“The Fed needed to act now, late Sunday afternoon on the U.S. east coast, before the open of Asian markets in just a few hours,” says McBride.

Just a day earlier, President Donald Trump expressed disappointment in Fed Chair Jerome Powell, saying in a news conference that he had the power to demote or remove him as chief U.S. central banker.

Trump rescinded on those claims Sunday after the Fed’s emergency move.

“I want to congratulate the Federal Reserve,” he said. “That’s a big step, and I’m very happy they did it.”

Slashing interest rates to zero isn’t all that the Fed did.

In total, the Fed took five additional actions, one of which was a coordinated response with five other central banks around the globe: the Bank of Canada, the Bank of England, the European Central Bank, the Bank of Japan and the Swiss National Bank. Officials lowered pricing on what’s called a “dollar swap-line arrangement,” an action designed to ensure that dollars remain liquid throughout the globe.

The Fed also enhanced its discount window facility by keeping it open for 90 days, as well as additional measures surrounding its reserve requirements, intraday credit, bank capital and liquidity buffers.

“Desperate times call for desperate measures and the Fed is doing just that in an effort to keep credit markets functioning and prevent the type of starving of credit that nearly toppled the global economy into a depression in 2008,” McBride says.

It’s a dramatic response of which some experts — including Nationwide’s chief economist David Berson, who formerly worked at the Treasury Department and Council of Economic Advisers — have called an “all-in” move, meant to mitigate the consequences from the virus.

“Easier monetary policy — even combined with expansionary fiscal policy — will not be able to stop the spread of the coronavirus, nor is it likely to stop economic growth from slowing in the near term,” Berson says. “But financial markets last week showed significant signs of strain — as they did in the fall of 2008 — and the Fed and other central banks are stepping in, in an aggressive manner to try to mitigate these negative impacts.”

Powell stressed during the Fed’s press conference that making sure financial markets remain stable was “the most important thing” for the Fed right now. Though it’s not technically part of the Fed’s mandate, the lack thereof would have severe consequences for both employment and inflation. If funding were to dry up, banks would not be capitalized, meaning they couldn’t loan out to firms or businesses.

The Fed “will  be looking to see that financial markets are returning to more normal function,” Powell said. “We take the job of providing liquidity very seriously.”

But while the Fed can slash interest rates to shore up confidence, it cannot entirely fix the problem posed by the spreading coronavirus that’s left countries from Italy to South Korea on lockdown. Quarantines have caused many major firms from Apple to Toyota to close their doors and help curb the spread of the virus, while others have been cut off from their global supply chains.

Cases of the virus have now topped 162,000 and are present in at least 146 countries, according to data gathered by Johns Hopkins University, with the largest outbreaks outside of the Hubai provenance where the pathogen originated, as well as Italy, Iran, South Korea and now Spain. The U.S. now has more than 3200 cases confirmed through lab tests and at least 62 deaths.

While Fed officials spoke confidently about the U.S. economy’s ability to remain resilient against coronavirus slowdown, many experts have cautioned that a slowdown — if not an outright recession — could be on the horizon.

Experts have stressed that efforts to contain the widespread health and economic concerns have to come from multiple avenues, including Congress. The Trump administration and the House of Representatives on Friday reached a tentative agreement on an emergency coronavirus bill that would address both the need for more testing and paid sick leave. But the bill has yet to be signed into law, meaning the U.S. central bank has essentially become the first responders to the contagion.

“We’re happy to see that those measures are being considered,” Powell said of the tentative deal reached between Trump and House Speaker Nancy Pelosi. “We hope they are effective.”

Needless to say, the U.S. economy is in uncharted territory. Americans could also be living in the middle of a recession without knowing it, if the past is any guide. (The National Bureau of Economic Research’s Business Cycle Dating Committee didn’t declare that the Great Recession began in December 2007 until nearly a year later).

Previous Fed research has suggested that, at the first signs of economic distress, the Fed should act swiftly and aggressively. That’s exactly what the Fed did with its emergency reduction, says Curt Long, chief economist and vice president for research at the National Association of Federally-Insured Credit Unions.

“The actions from the Fed ahead of its scheduled meeting on Wednesday reflect the view that a recession is a virtual inevitability,” he says. “As the Fed has stated previously, it believes it is better to meet such a scenario early and with force, rather than by gradually opening the faucets.”

Experts say the best way to recession-proof your finances begins by boosting your emergency savings. They recommend keeping between three to six months’ worth of expenses both liquid and accessible. Consider opening a high-yield savings account to get the biggest return on your fund. Use Bankrate’s tools to find the best option for you.

When the Fed slashes interest rates, savers are left behind, given that yields on savings accounts and certificates of deposit (CDs) are reduced as a result. Consider laddering your portfolio with CDs of varying maturities if you’re hoping to still make a solid return on your savings.

And with borrowing costs at their lowest since the Great Recession of 2007-2009, borrowers have time on their side. Prioritize paying off your high-cost debt, as credit and incomes often stagnate during downturns.

“Reducing interest rates to borrowers will ease the burden of existing debts slightly but is unlikely to spur the usual surge of borrowing as consumers and businesses batten down the hatches for a coming drop off in U.S. economic activity,” McBride says.