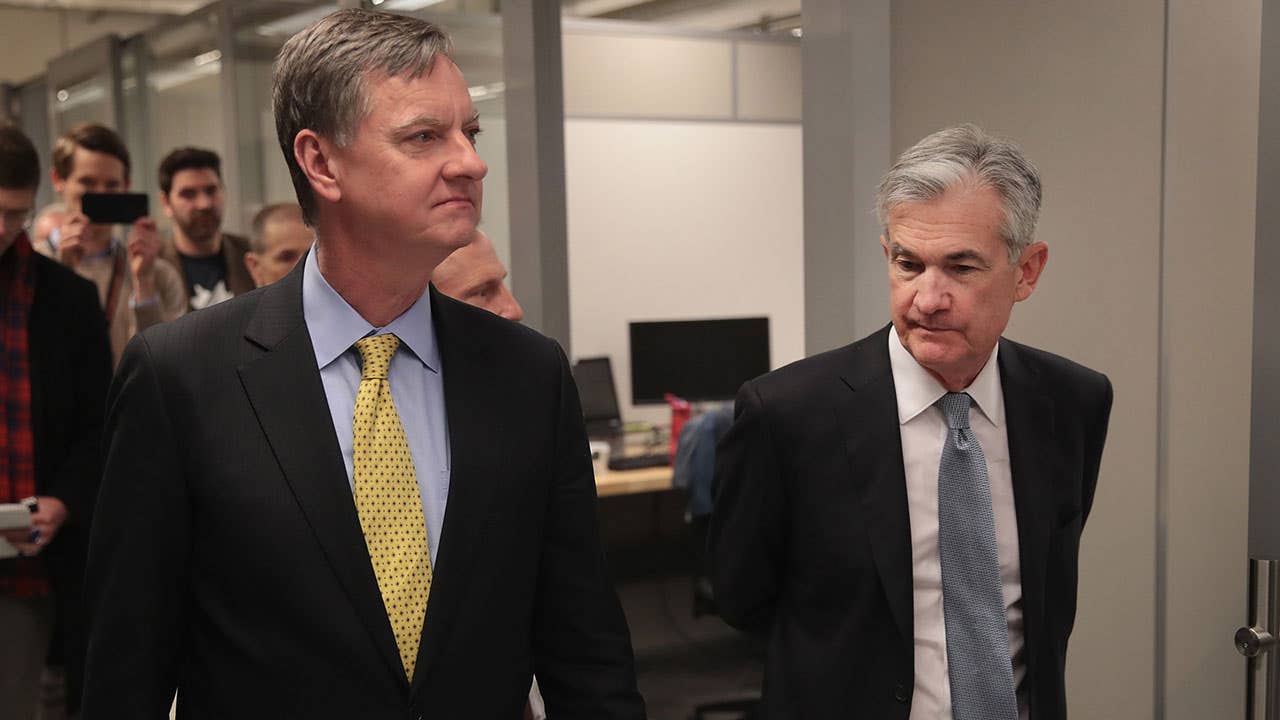 Federal Reserve Bank of Chicago President Charles Evans said Monday he sees a scenario in which the U.S. central bank may have to cut interest rates – but stressed that it must be justified by economic data.

Evans, who is a voting member on the rate-setting Federal Open Market Committee (FOMC), said economic fundamentals “remain good,” with growth coming in “a little below 2 percent” and inflation holding consistent with the Fed’s 2 percent objective.

But at the same time, the outlook looks “less sanguine” than it did last year, justifying a wait-and-see, data-dependent policy approach as officials judge the economic impact of Brexit, trade tensions and slowing growth abroad. Evans said he’d also like to see inflation pick up before hiking rates again.

“If growth runs close to its potential and inflation builds momentum, then some further rate increases may be appropriate over time,” the Chicago Fed chief said Monday in a speech at the Credit Suisse Asian Investment Conference in Hong Kong. “If activity softens more than expected, or if inflation and inflation expectations run too low, then policy may have to be left on hold — or perhaps even loosened.”

Evans’ remarks follow the Fed’s second rate-setting meeting of the year, when officials voted unanimously to hold borrowing costs unchanged in a target range of 2.25 percent and 2.5 percent. Policymakers also slashed their forecasts for further rate hikes, with most officials forecasting zero increases on the Fed’s so-called “dot plot.” 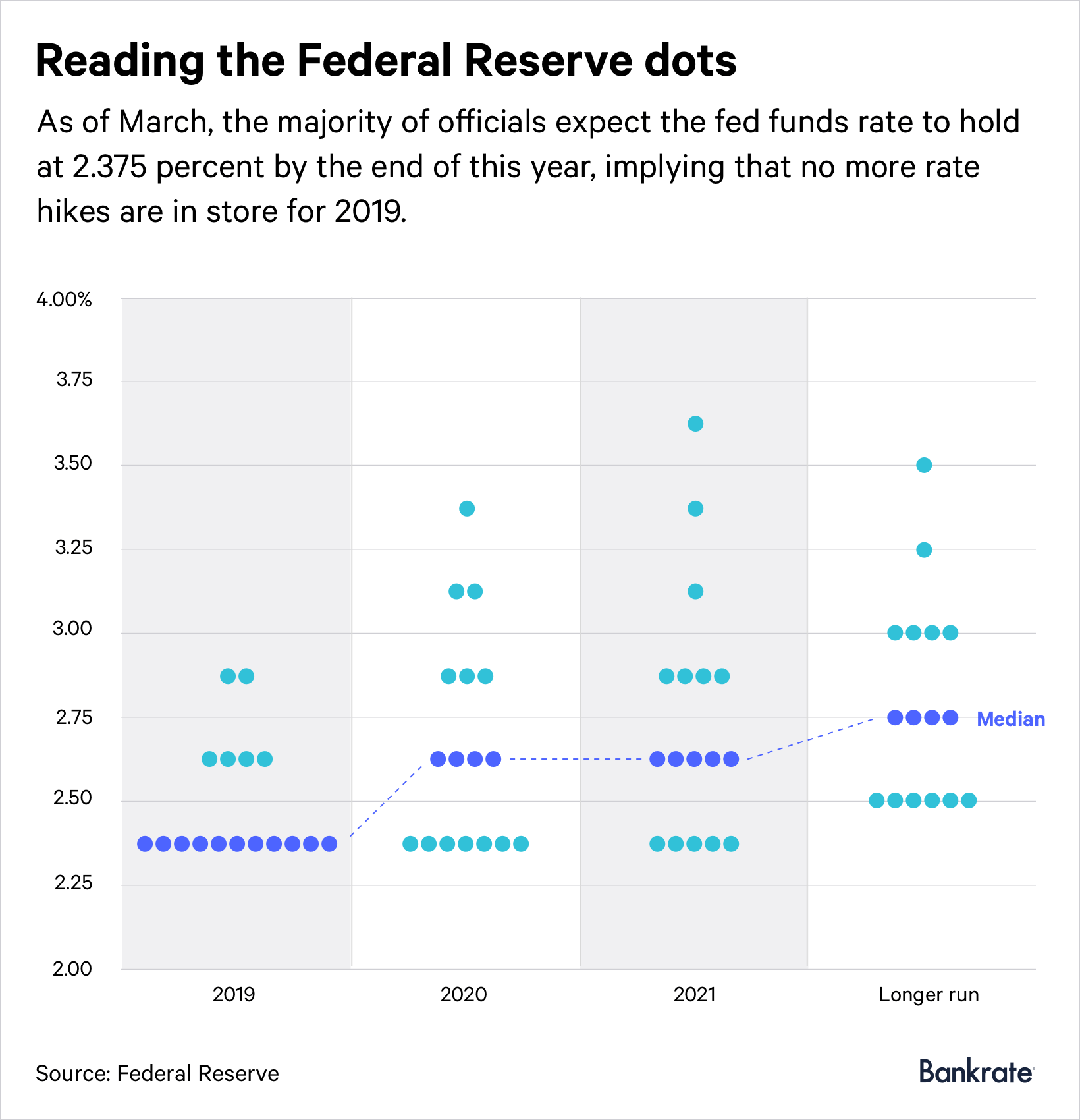 During the press conference following the March meeting, Fed Chairman Jerome Powell stressed that officials would continue to uphold their “patient” stance to policy, as they await for these risks to abate.

Evans’ remarks, his first since casting a vote last week, light more fuel to the fire that the Fed’s next move could be a rate cut. Investors are now betting that there’s a higher likelihood the Fed will lower borrowing costs by the end of 2019, according to CME Group’s FedWatch. No officials, however, estimated this on the dot plot.

Though Evans didn’t use his speech to say whether a rate cut was more likely than a rate hike, he said risks are more heavily tilted toward the downside.

“At the moment, the risks from the downside scenarios loom larger than those from the upside ones,” Evans said. “The recent data on U.S. economic activity generally have been softer than anticipated.”

The Fed official, often deemed as the most dovish member of the FOMC, said he would personally like to see prices rise before the Fed makes it more expensive to borrow money again, adding that inflation could climb as high as 2.5 percent and it would still “not be a big concern to me at the moment.”

Inflation, as judged by the Fed’s preferred gauge, has held below the central bank’s target since it first explicitly defined a 2 percent objective in 2012. Within the monthly personal consumption expenditures index, the headline inflation number increased by 1.7 percent on annual basis, according to the Department of Commerce’s most recent monthly reading. The index excluding food and energy — the more volatile category — shows prices increasing by about 1.9 percent.

The fact that inflation has consistently come in below target caused Evans to lower his interest rate forecast this time around, Evans said in an interview on Bloomberg Television following his prepared remarks in Hong Kong.

“I’m worried that it still takes accommodation to keep inflation at that level, and so I actually marked down my path for policy rate increases,” Evans said. “I basically got policy on hold until the fall of 2020, so that we can see how the economy is playing out.”

Nearly 6,000 miles away from Hong Kong, Philadelphia Fed President Patrick Harker delivered a separate speech in London with a more aggressive tone. The U.S. central bank still has room for one more rate increase this year, even as the U.S. economy slows and threats to global growth loom, the Philadelphia Fed chief said.

“On balance, the potential risks tilt very slightly to the downside, but I emphasize the word slight,” Harker said in a speech at a monetary policy forum in London. “My current view is that, at most, one rate hike this year and one in 2020 is appropriate, and my stance will be guided by data as they come in and events as they unfold.”

Though the Fed’s Summary of Economic Projections (SEP) is anonymous, Harker’s remarks suggest that he may be one of the four officials on the dot plot currently estimating that one more increase this year will be necessary. Harker, however, doesn’t have a vote on the Fed’s policymaking arm this year.

Harker said he sees growth coming in at “a bit above 2 percent” this year and returning to a trend of around 2 percent next year. He also said he sees inflation edging slightly downward.

“I still see the outlook as positive,” Harker said. “The economy continues to grow in what is on pace to be the longest economic expansion in our history.”