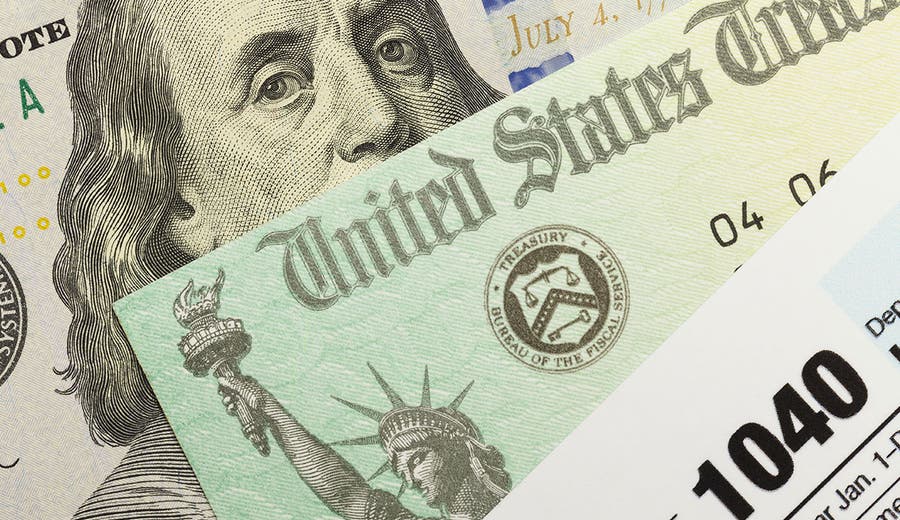 After getting off to a slow start this tax season, the average refund issued to taxpayers has started to bounce back, according to the latest data from the IRS. But the numbers also show that fewer people are receiving refunds compared with last year’s levels.

On Thursday, data showed the average tax refund was $3,143, a 1.3 percent increase from the same time last year. Until now, tax refunds have lagged behind — data from the prior period indicated a 16.7 percent decrease in average refunds.

The Treasury, which has faced increased scrutiny from the public over the shrinking of or lack of refunds, pointed out how the new data shows refunds are returning to more expected levels.

The new data “basically gets us to the same level as last year,” Treasury Secretary Steven Mnuchin said in an interview with CNBC.

Why tax refunds have bounced back

Although the average refund is up, the number of people receiving refunds continues to drop.

Compared with the same time last year, the number of issued refunds has decreased by 4.8 percent. The total number of returns processed compared with last year is also down 4.6 percent.

In a statement, the Treasury noted that the increase in refund amounts was due to Earned Income Tax Credits and Child Tax Credits being paid out. The Treasury also stated that consumers will continue to see refund data fluctuate as the season plays out.

“We caution against drawing broad conclusions overall on refunds this early in the filing season,” the statement reads.

Changes in tax laws made under the Tax Cuts and Jobs Act of 2017 have caused a great deal of commotion this the tax season. Taxpayers have expressed angst over realizations that they would likely not receive a refund this year, something that many Americans depend on each year as a major financial windfall.

The Treasury defended the tax law changes in its statement on Thursday.

Two-thirds of Americans are paying less in taxes this year, according to the Tax Policy Center. Since withholdings have changed, paychecks throughout the year have been bigger.

Some experts, however, say consumer habits, like relying on a tax refund, are going to be hard to break.

“One of the takeaways is that most Americans like to get a tax refund — they kind of plan on it, and they kind of expect it. It’s part of their savings behavior,” says Mark Mazur, director of the Tax Policy Center, in a recent interview with Bankrate. “Sometimes policymakers and economists forget that. Normal people like having fewer financial choices and they like getting payoffs for that.”