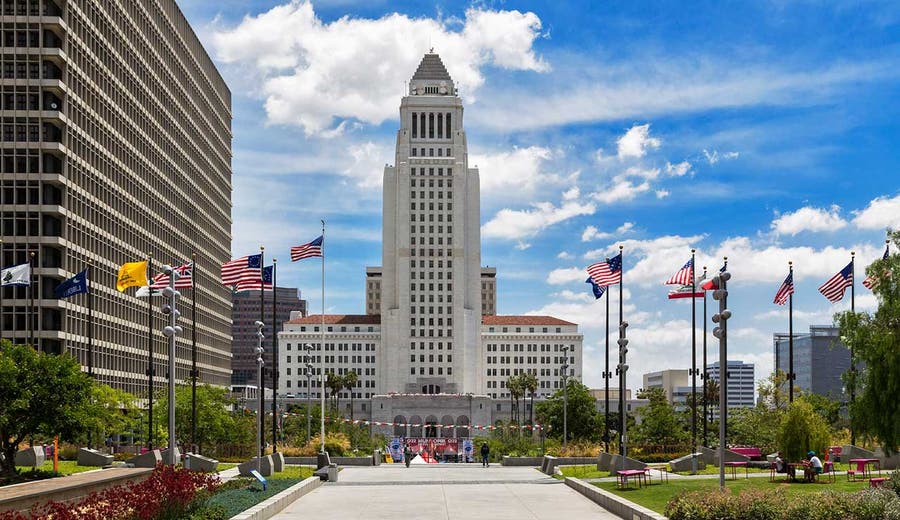 This tax season has been marked by a round of law changes, making filing taxes an even more confusing and frustrating experience for many Americans who normally rely on their refunds.

Among the biggest changes were to the state and local tax deduction amounts, also referred to as the SALT deduction cap. Now that deduction limits are standard across the board regardless of income, both middle and upper-class taxpayers are feeling the financial consequences of the new limits.

What are the new changes to SALT deductions?

A tax deduction lowers how much of a person’s income is subject to taxes in the first place. This is not the same thing as a tax credit, which lowers the overall tax bill owed to the Internal Revenue Service (IRS) for the year. The more deductions someone includes, the less taxable income they have — which could lower their tax bill.

Previously, limits on how much single taxpayers could deduct were only implemented to people with adjusted gross incomes over $150,000 (known as Pease Limitations). But after the introduction of the Tax Cuts and Jobs Act (TCJA), that changed.

Now, all taxpayers, regardless of their income, cannot deduct more than $10,000 of total state and local taxes, including property taxes. It’s estimated by the White House Office of Management and Budget that the cap on these deductions is saving the government over $57 billion; before the cap, SALT deductions cost the U.S. Treasury about $100 billion each year.

By deducting tax paid to the state and city, taxpayers avoid being taxed on the same income twice when they file their federal taxes, according to the Government Finance Officers Association (GFOA), a nationwide association of public finance officials. SALT deductions can only be claimed if a taxpayer itemizes their deductions, rather than taking the standard deduction.

The standard deduction was also affected by the TCJA; it nearly doubled. As a result, fewer taxpayers will itemize, dropping from 46 million to around 20 million households, according to the Tax Policy Center.

After the cap was implemented, individual savings from the SALT deduction in 2018 are projected to be about one-quarter of what it was in 2017, according to the Tax Policy Center.

High income households are likely to pay more in state and local taxes, take out large mortgages and have more disposable income to donate to charity — which is why they’re more likely to itemize deductions instead of taking the standard deduction.

According to advisory firm Mitchell Wiggins, consumers who live in high property tax areas, own expensive homes or own both a primary residence and a vacation home are “unfavorably” affected by the SALT deduction cap. Without being able to deduct an amount beyond $10,000, these consumers are more likely to face a larger bill at the end of the tax season.

Francine Lipman, tax law expert and professor of law at the University of Nevada, Las Vegas, says that although the SALT deduction caps are putting a limit on what wealthier households can deduct, the charitable donation threshold increased from 50 percent to 60 percent of income — which means higher-earning Americans are still seeing overall benefits.

Meanwhile, those below the country’s median income of around $65,000 are getting hurt the most, especially if they were itemizing before the TCJA took effect.

“A lot of people who were barely itemizing have lost the $4,000 personal exemption — and that was the person who is really working hard and getting a subsidy from homeownership — now they’re really not,” Lipman says. “They were just kind of getting to the American Dream, and now they’re kind of demoralized, to a certain extent — especially when they see the highest income people are getting such windfalls.”

How the tax law changes are affecting homeowners

New York’s property taxes are among the worst in the country, according to the Tax Foundation. As a result of the SALT deduction changes, some homeowners in the state have been hit with larger than expected tax bills.

A July 2018 report from the Democratic staff of the House Committee on Oversight and Government Reform explains how the tax law hurts homeowners.

Home equity lines of credit, or HELOCs, are common ways for homeowners to access affordable credit. According to the report, these loans can be used for a wide range of purposes, including “covering unexpected medical expenses, paying for children to go to college, or consolidating or reducing interest rates on other more costly loans.”

Up until the TCJA was passed, homeowners could deduct interest on home equity loans up to $100,000; now, they only can if the funds are used for home improvement, nothing else.

“Although some may reap large financial windfalls as a result of the changes in the new tax law, many American families will be penalized despite their ongoing efforts to faithfully invest in their single biggest asset — their home,” the report reads.

Minimizing the hit in high-tax states

Some high-tax states have tried to implement workarounds to the $10,000 deduction cap. New York, for example, has created charitable funds for taxpayers to contribute to, with the money going to support education and other services. In return for the contributions, the taxpayer would receive a tax credit for their state income taxes.

These funds, however, have been challenged by the IRS. Frank Sammartino, senior fellow at the Tax Policy Center, says it’s likely the IRS won’t let these workarounds stand.

“So far, what they’ve said, it sounds like they won’t allow these things to go forward,” Sammartino says. “It’s still up in the air and it’s likely it will end up in the courts.”

One thing people can do, however, is create a donor-advised fund, says Sammartino. This way, taxpayers can bunch their charitable contributions, which are tax deductible and with no limit.

For example, a taxpayer could pay five years worth of charitable contributions into the donor-advised fund and write it off on their taxes for that year. Once the money is in the fund, they aren’t permitted to access it for their own use — but they can spread out the actual distributions to charities over a period of time.

The IRS did, however, issue a notice last summer saying it intends to propose regulations to put a stop to the state workarounds. Sammartino says the final regulations have yet to be issued, but the notice “probably will scare off many taxpayers” from using tactics like the charitable fund workaround.

Are these changes here to stay?

The SALT deduction caps are specified in a specific provision of the TCJA that’s expected to expire after 2025, according to the Tax Policy Center.

But in February of this year, President Donald Trump told reporters he’s “open to talking about” making revisions to the $10,000 SALT cap. He didn’t give specifics on how he would alter the deduction limit, but he did mention speaking with people in New York who have experienced “severe” consequences of the limit.

Additionally, the TCJA has had a mixed reception from the general public. Although Trump described the law changes as being “fantastic for the middle-income people and for jobs,” that hasn’t necessarily been the case.

When it comes down to it, though, Sammartino says the states hit hardest by the deductions will continue to rally for the provision to be revisited — but it will ultimately come down to Congress to make the decision whether to adjust this tax policy moving forward.

“Whether they’re successful or not, I really don’t know,” Sammartino says. “Given the current configuration of Congress, I really don’t think the Senate’s going to have much appetite for revisiting the tax bill.”