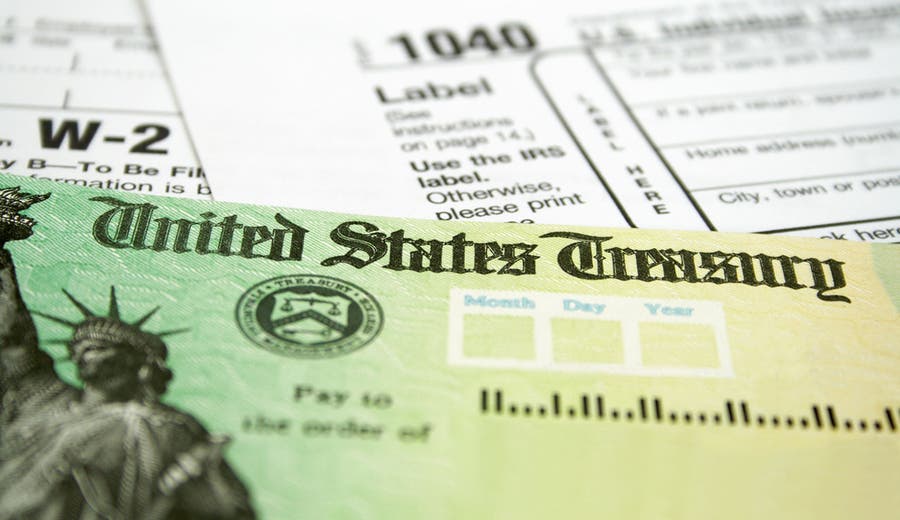 On Friday, the IRS released more data showing tax refunds running at about the same lower average as the prior week. Those initial figures sparked confusion and outrage from some tax filers.

Why are tax refunds smaller?

The average refund this year to date was $1,949, an 8.7 percent decrease from last year’s average of $2,135. About 29 million households have filed their taxes, down 6.9 percent from the same period last year, according to the IRS data. Processing of refunds has fallen 10 percent over last year.

On Thursday, the Treasury Department explained the smaller refunds were because most taxpayers adjusted their withholdings appropriately, thus reaping the benefits of the new tax law through bigger paychecks throughout the year.

“Most people are seeing the benefits of the tax cut in larger paychecks throughout the year, instead of tax refunds that are the result of people overpaying the government,” a Treasury Department spokeswoman said, as reported by The New York Times. “Smaller refunds mean that people are withholding appropriately based on their tax liability, which is positive news for taxpayers.”

Most Americans rely on tax refunds as their biggest financial windfall during the year, using them to build savings or increase spending, says Mark Hamrick, senior economic analyst at Bankrate. The lower refunds are hurting consumers’ plans to pay off expensive credit card debt or build a savings cushion.

The Tax Cut and Jobs Act passed in December 2017 promised large tax cuts for the majority of Americans. Withholdings changed, sometimes leading to larger take-home paychecks. Some consumers experiencing lower returns are turning the blame toward the recent tax reform.

“My tax return is gone. I had to write a check. YOU LIED. You have [sic] my money to the rich for nothing,” one Twitter user replied to Trump in a tweet.

The tax law changes, however, did come with confusion. In January, the IRS announced it will be waiving under-withholding penalties for some taxpayers after the new tax law changes. The organization acknowledged “some taxpayers could have paid too little tax during the year” as a result of the changes.

And while the lower returns may be unpleasant for some, they were predicted by government agencies. Last year, the United States Government Accountability Office warned the number of filers seeing a return was likely to drop for the 2018 tax year; it also advised that fewer Americans would be seeing refunds.

Should returns continue to trend on the lower side, Hamrick says it could hurt both individuals and retailers on an economic level.

This initial concern over lower returns also highlights an alarming reality: Most Americans aren’t prioritizing savings. A recent Bankrate survey found that only 40 percent of Americans would cover a $1,000 emergency with savings.

“Whether it is a shutdown of the federal government, a temporarily paralyzing whether event like a hurricane or blizzard, or something more lasting like loss of a job, we all face the risk of episodes of income interruptions or sudden expenses,” Hamrick says. “The single best way to prepare and protect oneself is to make emergency savings a priority. The way to do that is to automate savings using direct deposit and to keep the funds in an interest-bearing account.”