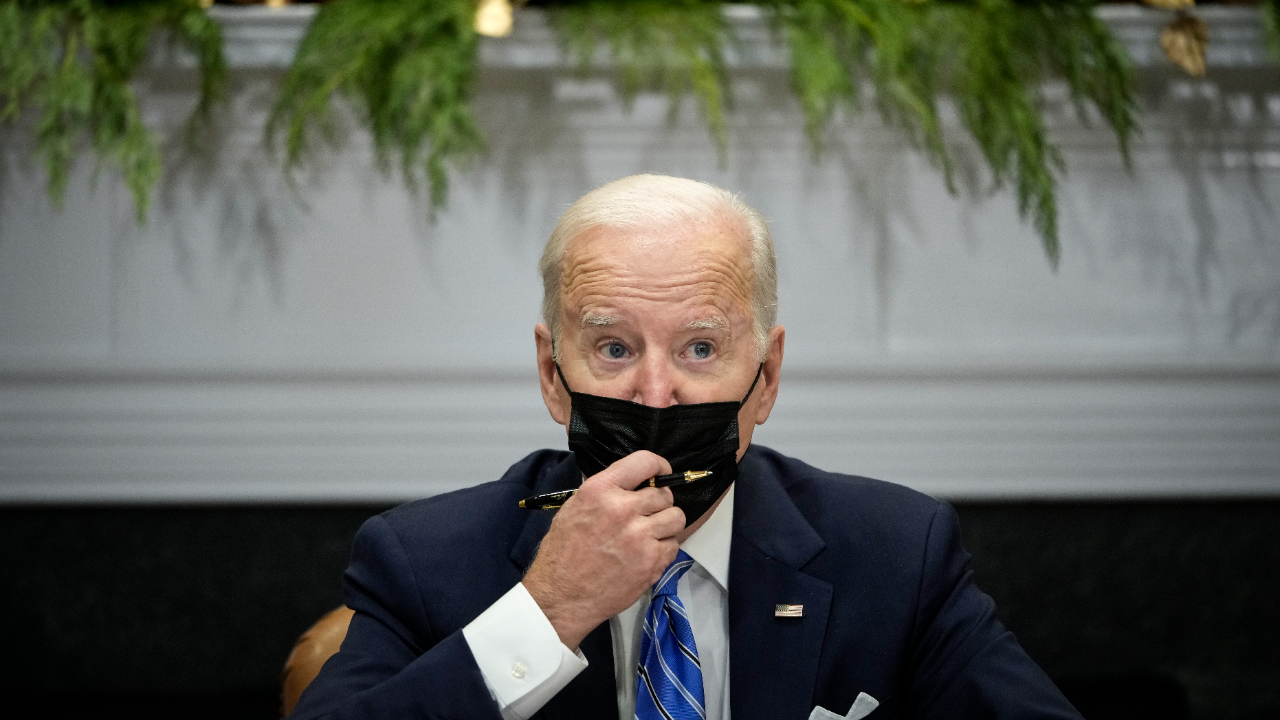 Millions of U.S. families received their final advance child tax credit payment for 2021 this month — and that check could also be the last one that gets sent out, as talks of an extension continue to stall in Congress.

President Joe Biden’s near-$2 trillion Build Back Better social spending bill would’ve lengthened this year’s expiring expansions to the tax break through 2022 by:

Now, however, that plan is in limbo, after the chief executive on Sunday lost what would’ve likely been a key, tie-breaking vote in Sen. Joe Manchin, a Democrat from West Virginia. The lawmaker said in a Sunday Fox News appearance that he couldn’t support the bill over lingering concerns about soaring inflation and the legislation’s price tag.

Yet, experts say this year’s expansions were perhaps the most bipartisan of any safety net — giving hope that an agreement can eventually be reached on renewing the program that’s helped pull some 40 percent of children out of poverty, according to estimates from the nonpartisan Center for Budget and Policy Priorities.

Here’s what you need to know about the child tax credit as the calendar turns from 2021 to 2022, including what it will look like in the new year, how it could affect the 2022 tax-filing season and whether an extension is likely.

How the child tax credit will look in 2022

The good news is: The child tax credit isn’t going away. But without intervention from Congress, the program will instead revert back to its original form in 2022, which is less generous:

That’s not to say Congress won’t take additional action to reinstate the $1,000 or $1,600 top up and send eligible families monthly checks again. For now, however, that rests on the future of Biden’s Build Back Better plan, which faces the chopping block in the Senate without Manchin’s support. The bill on Nov. 19 passed the House of Representatives nearly four days after Biden signed his $1 trillion infrastructure bill into law.

“I can’t vote for, and I cannot vote to continue with this piece of legislation,” Manchin told Fox News. “I’ve tried everything humanly possible. I can’t get there.”

Biden, however, has stressed that negotiations between Manchin, House Speaker Nancy Pelosi and Senate Majority Leader Chuck Schumer will continue, though he added that lawmakers are unlikely to return to the drawing room before 2022.

“It takes time to finalize these agreements, prepare the legislative changes and finish all the parliamentary and procedural steps needed to enable a Senate vote,” the president said in a Dec. 16 address.

The New York Times reported on Dec. 15 that the child tax credit was one of his key reasons for Manchin holding up the bill, with the lawmaker disagreeing with expanding the payments for another year amid worries about inflation and no work requirements to qualify for checks. Manchin, however, denied those claims later that day with reporters on Capitol Hill.

“I’ve always been for child tax credits,” Manchin said. “We voted for it many times.”

Lawmakers hoped to pass the bill by Christmas, so payments could resume come January. That no longer appears possible, with legislators now on a holiday recess through the end of the year.

“If households were used to getting some monthly child tax credit dollar amount, they can’t plan on that money coming in in January,” says Mark Jaeger, vice president of tax operations at Tax Act. “Children are being pulled out of poverty with these stimulus payments, and you just get concerned that families might get back into that same rut, as we are pulling the rug out from underneath these payments rather quickly.”

Eligible households will be able to claim the remaining half of the child tax credit that they’re eligible for when they file their 2021 taxes. However, how much that expansion impacts you depends on whether you opted out of receiving the six monthly advance credits and whether you were eligible for the expanded credit based on your 2021 income.

If you received the monthly credit and were also eligible for the full expansion, you might notice that you aren’t getting as big of a CTC on your tax return as you’re used to — though that’s only because you received half of it already. Families who utilized the six monthly advance payments can expect to receive $1,800 for each child age 5 and younger and $1,500 for each child between the ages of 6 and 17 on their 2021 tax return.

“You don’t want to have that feeling of disappointment when you go to file your taxes, when in all likelihood — because you already claimed half the credit —you may likely see a decrease in your tax refund,” Jaeger says.

On the flip side, eligible households can expect a sizable credit if they opted out of the advance payments and also qualify for the full amount. That would mean they can claim the full credit when they file their 2021 taxes: $3,600 per child younger than age 6 and $3,000 per child between ages 6 and 17.

“That’s a pretty nice, big perk of a refund,” says Mark Steber, senior vice president and chief tax information officer at Jackson Hewitt. “You can use that as a safety net until we figure out what the child tax credit will look like in 2022.”

Will the IRS require households to pay any overpaid child tax credits back?

Unlike stimulus checks, the Internal Revenue Service (IRS) will reconcile any overpayments. That means, if your income improved in 2021 or if you claimed fewer dependents in the tax year than the IRS knew about, you’ll have to settle any overpayments with your 2021 tax return.

The IRS used the most recent information it had available to determine families’ eligibility. That could’ve been your 2020 tax return, or other proactive families might have updated their income and family information through one of the agency’s online portals. Others, however, might’ve not acted, putting them at risk of losing part of their refund — or having to pay some of that money back.

Experts say families in few circumstances will have to worry about paying back those payments — whether with their tax refund or out of pocket. The credit had high income thresholds for the $2,000 base amount and the program also had a buffer by design, given that families only received half of the credit through six monthly installments. Families, however, might potentially hit a few snags if they received money for a dependent that they no longer claim.

“Long story short, with these high-phase-out thresholds of $400,000 or $200,000, it would be a very unusual scenario to have to pay back any child tax credit, as long as you still have qualifying dependents,” Steber says. Still, he adds that “there is no get out of jail free card if you get those monies and you’re not supposed to.”

What taxpayers should do next