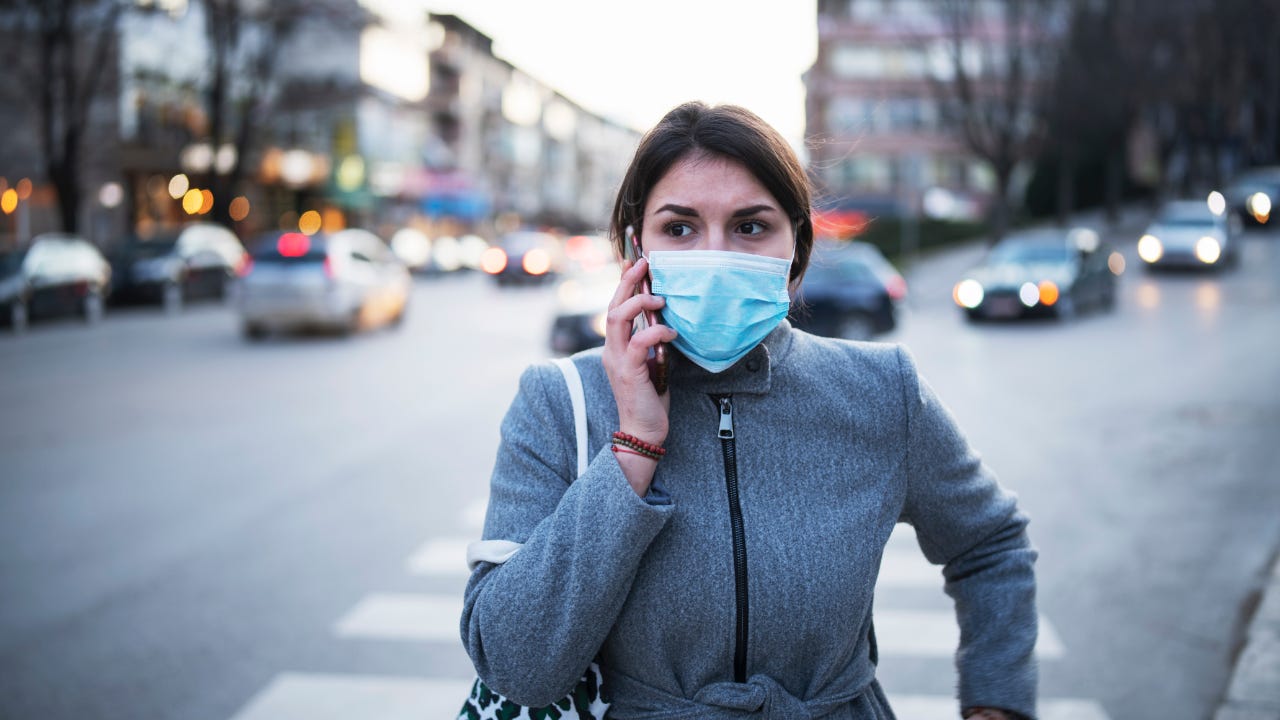 The U.S. economy has sharply improved from even just a few months ago, as massive stimulus spending and low interest rates have kept money flowing. And according to a new Bankrate survey, the nation’s top economists expect the improvements to continue over the next year.

Bankrate’s Third-Quarter Economic Survey found that economists expect unemployment to continue falling over the next year, with the economy adding about 369,000 new jobs each month. In fact, some of the nation’s top economists are now noticeably more optimistic on unemployment than they were a few months ago. All the economists surveyed expected the Federal Reserve to hold rates steady at near zero over the next four quarters.

The economy is improving, but that’s not to say it won’t be a struggle, especially relative to how it may have felt the last few years with an improving unemployment picture. So while the economists’ projections were more optimistic, these experts weren’t without serious doubts about the risks to the economic outlook as the COVID-19 pandemic continues apace.

“Our survey suggests that the U.S. economy will continue to struggle in the aftermath of the severe COVID-19 related downturn earlier this year,” says Mark Hamrick, Bankrate’s senior economic analyst.

“It is generally expected that joblessness will remain considerably elevated compared to the historic lows seen before the pandemic-related downturn,” he says. “That will cause continued stress and financial challenges for millions of Americans for months to come.”

Below are the findings from Bankrate’s survey, which polled 18 economists on where they see unemployment, job creation, and interest rates going over the next 12 months.

Unemployment is expected to fall over the next year

Unemployment soared sharply during the coronavirus crisis, shattering records in the process. Yet in the months after widespread shutdowns, unemployment has plummeted quickly. But with the pandemic continuing to expose some businesses – especially those in hospitality industries – to real risks, it’s not clear how quickly unemployment will improve after the initial bounceback.

The unemployment rate in August dropped to 8.4 percent, continuing the strong improvement over the past few months, but economists see a slowing rate of improvement. They expect unemployment to drop to only 7 percent over the next year. The estimates range from 6.2 percent at the low end to 8.3 percent at the high end. That’s a sharp improvement from the 10 percent rate a year out that economists expected only three months ago. But it’s still well above the estimates from the first quarter, when respondents expected a 3.7 percent rate a year later.

“While we expect continued improvement in the job market as more workers who had been temporarily furloughed are called back to their jobs, this improvement is likely to slow as we are seeing more small businesses close their doors, leading to permanent layoffs of their employees,” says Mike Fratantoni, chief economist at the Mortgage Bankers Association.

“We expect the unemployment rate to stay higher than pre-pandemic levels for years as the lingering effects of the sharp contraction slowly heal,” Fratantoni says.

Job creation is expected to be strong

The survey’s respondents all expected monthly job creation to be positive over the next year. On average, economists predicted job growth of 369,000 a month, with many economists expecting a number right around this figure. The estimates ranged from 100,000 jobs (with two economists projecting this number) at the low end to 860,000 at the top end.

Those figures are a vast change from second-quarter data, which varied dramatically. In that survey, one economist projected job losses of 1.9 million a month over the coming year, while another expected job gains of nearly 2 million.

“The labor market on balance is likely to see net gains over the next 12 months, but the gains are likely to be erratic month to month and vary widely by industry,” says Robert Hughes, senior research fellow at the American Institute for Economic Research in Great Barrington, Massachusetts.

“We have now seen most of the easy job gains as businesses allowed to reopen (have) recalled their furloughed workers,” says Lynn Reaser, chief economist at Point Loma Nazarene University in San Diego. “There may now be a pause as everyone awaits a vaccine, and many furloughs are turning into permanent losses as businesses have run out of money.”

Experts remain split on where the risks lie

After a strong snapback in employment and the economy following the lockdown, where do risks to the economy now lie over the next 12-18 months, according to economists?

“The increasing likelihood of a vaccine in the next year offers hope for the economy,” says Odeta Kushi, deputy chief economist at title insurer First American Financial. “As economies begin to reopen, business activities resume, and demand for hiring returns, we should see the economy improve, but it will take years before we return to a pre-pandemic economy.”

But other economists highlighted the downside risks, especially in mismanaging the crisis.

“Delays in a federal rescue package and still elevated unemployment could begin a wave of defaults and foreclosures in 2021,” says Scott Anderson, chief economist, Bank of the West/BNP Paribas Group.

The election matters greatly to the economy’s future direction

The Bankrate survey also asked how much the trajectory of the U.S. economy related to the outcome of the November election, including the race for the president and the Senate.

“Now more than ever the presidential election appears to be proposing two opposing scenarios for the economy – the outcomes of which will be sending the U.S. economy on a longer-term trajectory in seemingly opposite directions,” says Lindsey Piegza, Ph.D., chief economist and managing director at investment bank Stifel.

Just as in the second quarter, the economists surveyed by Bankrate agreed unanimously that interest rates would not be raised or change over the coming year. However, it’s fair to say that the Federal Reserve has helped out economists on this one, telegraphing its moves into 2024.

Rates have been sitting near zero since mid-March, when the Fed rushed a series of emergency rate cuts into action. Fed officials dropped rates to a range of 0-0.25 percent.

“The Federal Reserve has made it clear that monetary policy will be easy for the foreseeable future,” says Yelena Maleyev, economist at accounting firm Grant Thornton. “The Fed is less concerned about inflation in the near term as COVID-induced supply shocks are disinflationary.”

But while the Fed can affect the short end of the yield curve, it has much less power at the longer end of the curve, including on 10-year Treasurys and the 30-year mortgage rate. Regardless, economists don’t expect much movement on the benchmark 10-year rate over the coming year.

Respondents expected the 10-year yield to be modestly higher in a year, predicting an average 0.94 percent, up from the 0.67 percent at the end of the survey period. The estimates ranged from 0.60 percent to 1.3 percent. That’s largely in line with the estimated average of 0.9 percent in the second quarter, but well below the 1.83 percent from the first-quarter survey.

“The continued outlook for record low interest rates, at the hands of the Federal Reserve and reflecting a weak global economic outlook, will continue to translate to opportunity for low borrowing costs for those qualified,” Hamrick says.

“At the other end of the spectrum, there’s no real relief in sight from the generally low savings rates which have now persisted for a decade. It remains vital that people continue to shop around for the best rates, whether looking to save or borrow,” he says.

The slow pace of a recovery will continue to make life difficult for many people. While unemployment may decline over the coming year, workers may not have enough work even if they are employed. And already-stressed emergency funds will be besieged even further.

For many Americans the top goal is simply staying current on bills or catching up on them, as revealed in a recent Bankrate survey. But as you can, it’s vital to set aside money in your emergency fund. If a second or third wave of the pandemic emerges, it could slow any economic recovery or even turn it in reverse. So it’s vital to be prepared for anything.

And while the looming election is increasing the stress that many feel, Americans will still have to pull through this economic catastrophe, regardless of who wins the presidency.

“The election season only heightens those strains,” Hamrick says. “Even so, the need for individuals to remain focused on their personal financial goals persists no matter the political environment. One should be mindful of the risk of financial markets volatility during this time.”

For those who are in a stronger financial position, you may be able to shore up your finances still more. It’s a great time to refinance at mortgage rates that are near all-time lows. And if you’re looking to get into a first home, you can still take advantage of low rates that make homes even more affordable. It’s possible to find rates below 3 percent – maybe well below.

Either way, try to make the economic situation useful by using the low interest rates to your advantage. You may be able to bolster your financial position even more, helping you withstand the economic downturn caused by the pandemic.