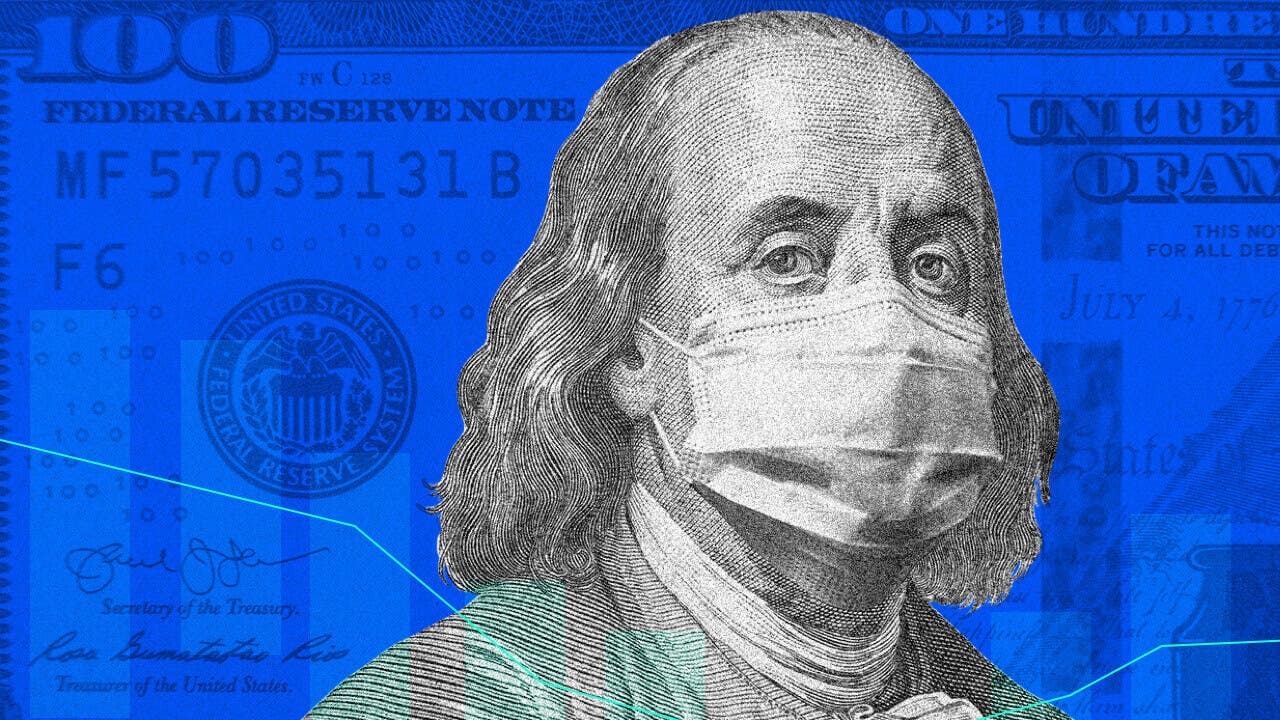 Americans are grateful for the stimulus checks filling their bank accounts, but many want more financial help during the coronavirus pandemic.

In the third installment of Bankrate’s bi-weekly COVID-19 Financial Health Index, 57 percent of respondents say political leaders and policymakers need to provide more support as they (and their family members) attempt to manage their financial situation during the outbreak.

“Even with the Federal Reserve and Congress seeming to throw all they’ve got in addressing the economic crisis, more than half of Americans surveyed say the federal government needs to step up further,” says Mark Hamrick, Washington bureau chief and senior economic analyst. “Democrats expressed this desire for more action most fervently, while most Republicans said the federal government has done enough or more than enough.”

Compared to where they were prior to the approval of a $2.2 trillion economic relief package by Congress, concerns about the ability to pay everyday bills and job and income stability have eased. But feelings about the value of investments — like CDs, stocks and retirement accounts — haven’t changed much.

U.S. adults are more concerned about their health and the health of their loved ones than they were before the coronavirus crisis began. But these concerns are gradually beginning to fall, despite the steady increase in U.S. coronavirus cases.

Key findings from the latest Bankrate index show that the younger you are, the more likely you are to be concerned about your ability to pay everyday bills. And of course, the higher your household earnings, the less likely you are to be worried about keeping up with bill payments.

Concerns about the value of investments are highest today for the oldest and wealthiest survey respondents. But the youngest and poorest adults are most worried about their job and income stability.

As seen in each index since Bankrate began releasing data on the impact of the coronavirus, concern for the health of loved ones is still higher than anxiety about personal health.

After nearly falling to pre-outbreak levels, average concern about paying everyday bills has risen slightly in the past couple of weeks. Overall, however, concerns have declined since the passage of the Coronavirus Aid, Relief, and Economic Security (CARES) Act.

Extreme concern today is highest among members of Generation Z (age 18 to 23), with one-quarter (25 percent) saying they’re very worried about their ability to pay bills. These concerns decline with age. On a scale of one to 10 (with 10 being “extremely concerned”), average concern among adults age 75 and up is 3.87.

Concern about paying bills also declines with increases in household income. Anxiety on a 10-point scale, on average, is 6.01 for the lowest earners but 4.63 for the wealthiest households.

Average concern about keeping up with bill payments is highest in the Northeast (5.47 on a 10-point scale), but regional differences are minimal. The more educated you are, the less likely you are to be worried about being able to pay everyday bills.

The value of investments

Average level of concern about the value of investments (like stocks, CDs, and retirement accounts) has barely moved in recent weeks. Overall, concern on a 10-point scale is 6.00, on average, compared to 5.93 before the passage of the CARES Act. Before the outbreak, the average level of concern was 4.84 on a scale of one to 10.

Concern, on average, is highest among the oldest adults and is currently 6.52 on a 10-point scale. Nearly one in five (17 percent) Americans age 75 and up say they’re extremely worried about their investment returns, compared to 16 percent of baby boomers (age 56 to 74) and 10 percent of millennials.

Anxiety about the value of investments is also highest on a 10-point scale for the least-educated Americans. And higher earners are more likely to express concern about their investment returns. Sixteen percent of households bringing home $80,000 annually or more say they’re extremely concerned compared to 11 percent of the lowest earners.

On a scale of one to 10, average concern about job and income stability is 5.78, the lowest it’s been since the pandemic started. Similar to the decline in anxiety about keeping up with bill payments, concerns about income and employment have also subsided since the U.S. government intervened and approved a stimulus package.

Minorities are more likely to say they’re anxious about job and income stability than their white counterparts. On a scale of one to 10, the average level of concern among Hispanics and black Americans is 6.95 and 6.46, respectively, versus 5.34 for white Americans.

More than 1 in 5 survey respondents (22 percent) say they’re extremely worried about their own health today, compared to 18 percent who said they were very concerned about personal health before the coronavirus outbreak started. Still, concerns overall have declined since the passage of the CARES Act.

Older Americans express more concern about their health than their younger counterparts. The average level of concern on a 10-point scale is highest among members of Gen X (6.63), followed by members of the Silent Generation (6.61).

In terms of income, concerns about personal health decline for higher earners. More than one-quarter of the poorest U.S. adults (26 percent) say they’re extremely concerned about their health compared to 16 percent of the wealthiest households.

No surprise here: Regional concerns about personal health are highest in the Northeast, where New York, said to be the epicenter of the virus in the U.S., is located. Nearly one-third of Northeasterners (27 percent) say they’re extremely concerned about their health, compared to 21 percent in the West and South and 18 percent in the Midwest.

The health of loved ones

Overall concern about the health of loved ones still outweighs concerns about personal health and all other factors in the study.

While the average level of concern about the health of loved ones has declined in recent weeks (from 7.66 on a 10-point scale before the approval of the CARES Act to 7.31 today), it’s still higher than it was before there were any coronavirus cases.

Extreme concern about the health of loved ones is highest among Gen Xers (age 40 to 55) and the oldest Americans (age 75 and up), with 37 percent of both groups saying they’re very worried, compared to 35 percent of boomers and 28 percent of millennials and members of Generation Z.

A new factor in the latest installment of Bankrate’s COVID-19 Financial Health Index measures consumer sentiment with regard to financial help from the federal government.

Congress at this point has not only passed the CARES Act and sent out stimulus checks, but also has a new $484 billion bill on the way to provide relief to small businesses. And don’t forget about the legislation that expanded access to paid sick leave or the relief package that provided funding to make a possible vaccine less costly and help Medicare recipients and small business owners.

Nearly three-fourths (73 percent) of Democrats say the government needs to do more, compared to 35 percent of Republicans and 57 percent of independents. The poorest Americans and four-year college graduates are most likely to also say the government could step it up when it comes to financial relief efforts.

Though groups of governors across the country are beginning to relax social distancing rules and open small businesses, the general economic outlook is looking less bright. Panicking, however, is the worst thing someone can do.

Consumers feeling distressed, says Nicholas Yrizarry, CEO of Align Wealth Advisors, are susceptible to doing what they wouldn’t otherwise do and making mistakes, like taking on a high-interest loan or dipping into a retirement account prematurely and ending up with a penalty.

“When someone worries, they create a phenomenon in their brain that actually inhibits, blocks their ability — physiologically, neurologically we’re wired this way — it actually blocks the ability to think rationally and create or make a decision, a solution that’s well thought out,” Yrizarry says.

Yrizarry notes the importance of staying calm, reaching out to a professional if needed and coming up with a new plan if a situation warrants that.

Being worried is normal, but consumers should determine what steps they can take to improve their financial situations.

“We’re still grappling with the enormity of the economic crisis related to the pandemic,” says Hamrick from Bankrate. “Many Americans must continue to focus on aggressively managing their personal budgets, applying for unemployment benefits when needed and communicating with creditors if or when [they’re] having trouble paying bills.”

Bankrate.com commissioned YouGov Plc to conduct the survey. All figures, unless otherwise stated, are from YouGov Plc. Total sample size was 1249 adults. Fieldwork was undertaken between 20th – 21st April 2020. The survey was carried out online. The figures have been weighted and are representative of all U.S. adults.