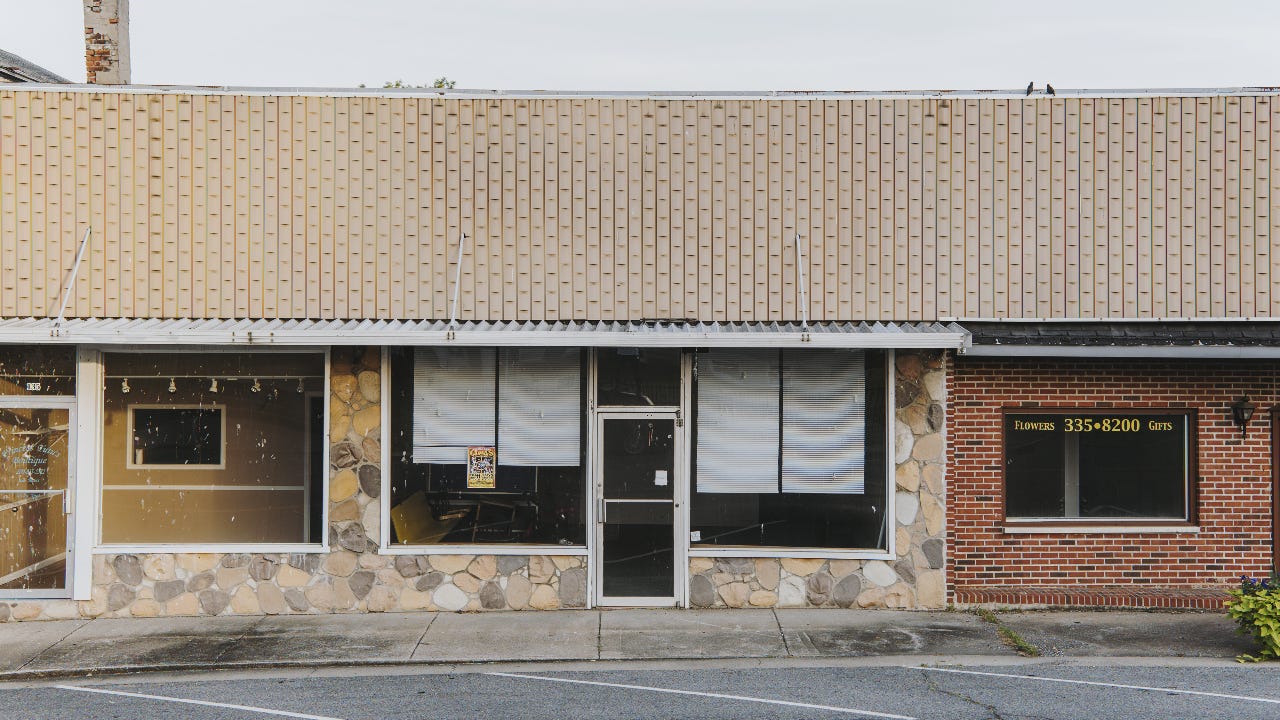 The Federal Reserve is backing up a multi-trillion dollar dump truck of cash into the world’s largest economy. How it delivers that pile to more than just Wall Street is the ultimate question.

U.S. central bank officials are in the middle of a firefight to contain the massive economic hit from the coronavirus. They’ve slashed interest rates to zero and given a 2020 twist on the crisis-era playbook from 2008: a no-limits bond buying program and expanded interventions in the market for short-term loans. It’s meant to keep interest rates low and the financial system awash with credit.

But that hasn’t stopped the U.S. economy from continuing to crumble beneath monetary policymakers’ feet. More than 17 million individuals applied for unemployment insurance in the past four weeks, with the job market deteriorating “with alarming speed,” as Fed Chair Jerome Powell described Thursday.

It’s pushed the Fed down a new, uncharted path. The Fed has implemented 11 new emergency lending facilities since the coronavirus crisis took hold, all designed to help states, cities, municipalities and employers big and small with access to financing.

“The Fed in the past has been concerned primarily about getting credit flowing among large institutions and keeping the markets working,” says William Isaac, former chair of the Federal Deposit Insurance Corporation (FDIC) who now co-chairs bank regulation and compliance firm Isaac-Milstein Group. “This time around, the Fed is going to need to be a middle American.”

The race to help the areas beyond Wall Street broke new ground Thursday, when the Fed announced a series of sweeping programs totaling up to $2.3 trillion in lending. One of which was the long-awaited Main Street lending facility, offering financing to hard-hit employers who have been otherwise squeezed out of existing government initiatives.

Separated into two programs — one for new loans and another for existing loans — U.S.-based businesses with up to 10,000 employees or $2.5 billion in revenue are eligible to borrow from funds totaling $600 billion. They come with easy provisions: four-year terms and deferred payments for the first year. The Fed maintains a 95 percent stake, with the remaining 5 percent left up to the bank that administers the loan.

“Without revenue, businesses can’t pay their employees’ wages or rent on the building. There would be millions of businesses laying off their employees or going out of business,” says Steve Rick, chief economist at CUNA Mutual Group. “We need something to provide them a temporary bridge from today to when the coronavirus has run its course.”

But other programs were resurrected from the 2008 financial crisis, with one of the most important for consumers being the Term Asset-Backed Securities Loan Facility (TALF).

Reinstated on March 23, the Fed is pouring up to $100 billion into the program. Banks and financial institutions then use the funds to make loans, with eligible borrowers offering up as collateral different types of consumer credit packaged into securities, from student and auto loans to credit-card receivables. It’s key to keeping the wheels of the economy turning.

“You’re kind of intermediating between the people who want to own the debt and the people that need to borrow,” says Stephen Stanley, chief economist at Amherst Pierpont. “When those markets freeze up, it affects the ability of banks and others to lend new debt. If they can’t sell the debt that they’ve issued into the markets, then obviously they don’t have space on their balance sheets to issue new debts.”

Other resources include the Money Market Fund Liquidity Facility (MMFLF), the Primary Dealer Credit Facility (PDCF), and the Commercial Paper Funding Facility (CPFF). Simply put, the entire alphabet soup of programs in the coronavirus catalog let the Fed purchase debt it isn’t normally allowed to buy. The Fed now has some skin in the game for municipal bonds, corporate debt and commercial paper.

But it’s hard to understand how buying debt actually helps Main Street. It’s a behind-the-scenes scheme — and not as direct as the $1,200 cash payment from the federal government.

Instead, the Fed’s programs are designed to make sure markets are well-oiled again.  Given the uncertainty surrounding the outlook, individuals have been clamoring for safe-haven assets, while many are flat-out scared to buy and invest. Sellers have thus started to outnumber buyers in many corners of the financial system, pushing up interest rates and making it harder for banks to issue new loans. The Fed’s programs are creating demand for the assets that have been hard to trade.

“Think of it like a two-lane highway where there’s construction, and all of a sudden you’re closing it down to one lane,” Stanley says. “The Fed is temporarily opening a lane through its own facilities to try to get everyone out of that bottleneck.”

When markets don’t function properly, it means it’s harder for financial firms to make more loans. And access to credit is ultimately the difference between a firm falling under and an individual still being able to get a paycheck. Meanwhile, there’s little point to cutting rates if they don’t hold where the Fed wants them: near zero percent.

But sizing these programs is the biggest challenge. Pitfalls include propping up already-struggling companies that were living on-edge before the coronavirus crisis hit. Banks’ willingness to lend out might be contingent upon the Fed’s willingness to swallow losses, but even though the Fed wouldn’t “shutter” if a loan is defaulted on, it could still lead to intense scrutiny.

“If the Fed does take losses, they’re extremely open to criticism from Congress and essentially from the public,” says Steven Friedman, senior macroeconomist at Mackay Shields who worked at the New York Fed during the 2008 crisis. “To be most successful, the Fed has to be willing to take losses at the end of the day, to encourage banks to lend, but any losses that the Fed takes ultimately go back to the taxpayer.”

Borrowers under the Fed’s new Main Street programs have to agree to conditions to take advantage of the funds. They can’t purchase stock buybacks or pay dividends; they also can’t use the money to pay existing loans. Still, critics of the program point out a moral hazard.

“The idea is, if we don’t bail out the airlines and a lot of these firms, we’re going through a major depression,” Rick says. “But if you keep bailing out your child every time they get in a bad situation, well the child doesn’t change their behavior.”

Access is also critically important, Rick says. Many firms who don’t have a working relationship with an FDIC-insured bank might be squeezed out of the program. The program could also risk limiting the smallest of businesses from participating, given that the minimum loan size is $1 million.

What’s missing, Isaac says, is a facility that could help the 4,750 community banks work with borrowers on “old loans” taken out before the coronavirus came along. Community banks play a key role in small business and commercial loans across the U.S. But that probably includes enlisting the FDIC, which regulates two-thirds of all banks, he says.

“Banks are sitting on loans that are soon going to be in default,” Isaac says. “The smaller companies and the retailers are not paying because their stores are closing, and they have no income coming in. They really can’t afford to make payments.”

The Fed dusted off in a matter of days the same game plan that took years to create during the 2008 financial crisis. That’s largely because “they have that experience to fall back on,” Stanley says.

Moving with speed and aggression is a crucial part of addressing the fallout, experts say. Powell also indicated that the Fed isn’t out of ammo just yet, saying Thursday the Fed will continue to act “forcefully, proactively and aggressively until we are confident that we are solidly on the road to recovery” merely a few hours after introducing the Fed’s new Main Street programs.

Though it can’t prevent a recession from taking hold, it can help the economic recovery be more prosperous.

“If you didn’t have these monetary and fiscal programs, there’d be a significant risk that when social distancing activities are lifted, activity cannot get anywhere close to what was in place,” Friedman says. “With these facilities in place being well-timed and the appropriate size and reaching a wide range of businesses, it means that the economy has a better chance of recovery.”