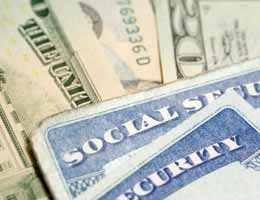 What are the eligibility requirements?

There is a minimum amount of time you have to be married to claim someone else’s Social Security benefits.

“You have to be married at least 10 years,” says Michael Webb, Social Security spokesman for the Seattle region. “Nine years and 11 months doesn’t cut it. It’s got to be the full 10 years.”

If you meet the 10-year requirement, you can get up to 50 percent of the amount of Social Security benefits your ex receives. It does not reduce his benefits. When you turn 65, you will also get Medicare.

For most people, the marriage begins the day of the ceremony and ends when the divorce is finalized. If you live in a state that recognizes common-law marriages, however, you may be “considered married” as long as you were living together and you meet other requirements for that state. (If most people thought you were married, you probably qualify.) Common-law marriages are recognized in Alabama, Colorado, Georgia, Idaho, Iowa, Kansas, Montana, New Hampshire, Ohio, Oklahoma, Pennsylvania, Rhode Island, South Carolina, Texas, Utah and Washington, D.C., although several states are starting to phase common-law marriage rules out.

You’ll have to show the Social Security Administration you had a common-law marriage by meeting the specific requirements in the state where the marriage began.

Does it matter if my ex is still living? 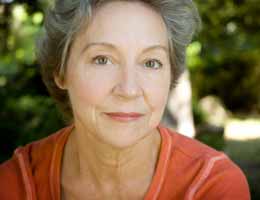 Whether your ex is still living matters a lot in the amount of benefits you’ll receive.

“A lot of people don’t know that there are different rules if the ex-spouse is alive or deceased,” says Webb.

In addition, if your ex-husband is still living, you must be age 62 or older to receive Social Security benefits. But if he is deceased, you may be able to start taking benefits at age 60, or age 50 if you are disabled.

If you have a child younger than 16 who also belonged to your ex who is retired or deceased, you may receive benefits for the child until he or she reaches age 16. If you have a disabled child, the age limit does not apply.

You do not have to meet the minimum requirement of 10 years of marriage for your child to receive benefits. “The benefit amounts are a little different, depending on the age of the ex-spouse (the one applying for mother’s/father’s benefits) and whether or not the worker is alive or deceased,” says Webb. “This can get awfully complicated, so we advise talking to us directly.”

Does it matter if I remarry? 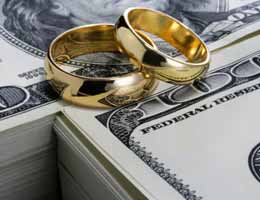 If you were married to a higher-earning spouse for decades, and then you endured a brief but unsuccessful marriage to someone else, one consolation is that at least you haven’t permanently lost your Social Security benefits from the first marriage partnership.

You cannot take benefits on an ex-spouse’s record while you are married to someone else. But if you remarry and then you divorce again, after two years you are eligible to apply for benefits from the prior spouse again.

Betty Perrin (not her real name) had more than one ex and was able to maximize her benefits. Her second husband, Tom, passed away while she was married to her third husband, Walter. Even though Walter made a higher income, much of it was not subject to Social Security taxes. Betty received a higher benefit under Tom’s record, which illustrates how important it is to check out all the alternatives before you decide whose benefit record to use.

What if my ex has several ex-wives? 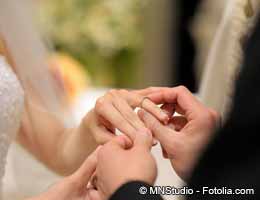 If your former spouse has several exes, the question becomes: How many exes can claim benefits on one person’s record?

The answer: As many ex-spouses as qualify can all take benefits based on the same person’s contribution record. A person could feasibly have four or five ex-spouses — from marriages that each lasted 10 years or longer — and all of the ex-spouses could take benefits.

The other ex-wives of Betty’s ex-husbands were not affected by Betty’s decision of whose record to claim Social Security benefits on. In fact, one of her ex’s ex-wives encouraged Betty to go back to the Social Security office to see if she could get higher benefits.

What if my ex hasn’t started taking benefits yet? 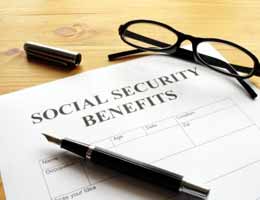 Charlene Thompson, of Austin, Texas (not her real name), found that it wasn’t easy to get her local Social Security office to recognize this. She went back to the office three times, asking if she could start taking early benefits at age 62 on the basis of her ex’s contributions. They had been married 34 years. Each time, they said no. Charlene’s benefits based on her own contributions were far lower.

Fortunately, a woman working for Seniors First encouraged Charlene to try again. This time, she talked to someone at the Social Security office who said, “Absolutely!” and sent her the proper forms.

Will my ex know about my benefits? 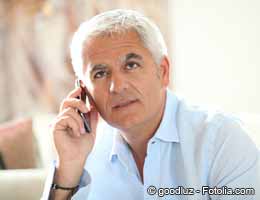 A higher-earning spouse may resent his ex getting any of “their money” or think it affects how much he receives in benefits. It doesn’t. Or the spouse who is entitled to benefits based on her ex’s earnings may not want so-and-so to know she is taking benefits based on his record.

There’s good news if you’d rather your ex not know about your benefits. An ex-spouse is not affected by the benefits you receive and is not notified. However, if your ex is really curious, he can find out who is taking benefits based on his record. Webb says, “We would have to let them know if they asked us. An individual is entitled by law to know the names and benefit amounts of anyone receiving benefits off of his or her record. They are not entitled to mailing address or other identifying information, however.”