If you’ve been dreaming of retirement since you entered the workforce, you might have a certain idea of what it looks like when you’re no longer working. But there’s a chance you might not start retirement when you thought you would, perhaps due to circumstances beyond your control.

About 40 percent of workers are planning to push retirement later in life due to inflation, says a recent survey by the Nationwide Retirement Institute. While life doesn’t always go according to plan, would-be retirees can make the best of a bad situation by delaying retirement. So if you’re on the fence, here’s why you might want to consider retiring later than you originally thought.

1. You give yourself more time to save and invest

For many retirees, $1 million is the magic savings number for retirement, but Americans are nowhere close to that figure, by and large. According to Vanguard’s “How America Saves 2022” report, workers who were between 45 to 54 years old in Vanguard’s retirement plans had a median of $61,530 at the end of 2021. Those aged 55-64 had a median $89,716 in their plan.

Delaying retirement gives you more time to save for your golden years and less time to live off your savings. Many retirees fear they will run out of money before they die, so the more time you spend saving, the less you’ll depend on that savings when the time comes to stop working.

2. You can delay Social Security for a bigger payout

While you can claim Social Security as early as 62 years of age, the later you put it off, the more you could eventually claim. Waiting until your full retirement age or all the way until you hit 70 years of age could significantly bump up your benefits. For example, those with a full retirement age of 67 could boost their monthly benefit by 24 percent if they waited until age 70.

Delaying Social Security means you’ll need to make up for that potentially lost income. Without a solid nest egg in place, you may have to delay retirement longer than you anticipated. Continuing to work might be your only, or main, source of income for a little while longer. In the meantime, though, you’ll lock in some more Social Security COLA boosts while you’re at it.

If you’re happy with your job and otherwise happy with working, you don’t have to stop once you hit a magic number. Not everyone enjoys their jobs, and many look forward to the day they don’t have to go into the office anymore. But if you’re satisfied, don’t feel compelled to stop.

Aside from income, working has numerous other benefits for emotional, psychological and mental health. Older workers needn’t stop working at a certain age, especially if they enjoy it.

4. You can capitalize on other work benefits

While the income is useful, a job typically provides other benefits as well. For instance, you might have an awesome employer-matched 401(k) program. If you don’t qualify for Medicare yet, you may also rely on healthcare benefits. These benefits might be better than what’s offered on the ACA healthcare exchanges, or at least for much less than you’d pay.

Some workers might receive other perks, such as reimbursement for continuing education, gym memberships, reimbursement for some bills and more. If you want to keep certain benefits that you can’t get if you leave your job, you might want to stick around for a little bit longer.

5. You can wait out inflation

With inflation at multi-decade highs, rising costs are hurting everyone, including pre-retirees. Again, with some 40 percent of respondents pushing back their retirement because of inflation, according to the recent Nationwide Retirement Institute survey, it can make sense to wait out rising prices and ensure that your finances are on a stable footing before you move on to the next stage.

As you wait, use Bankrate’s retirement calculator to figure out how long your money will last.

6. You’re stuck and unable to retire

For many reasons your original retirement plan maybe didn’t work out the way you thought it would. For instance, you may not be able to downsize because of an uncertain housing market. Or you got laid off during the pandemic and had to find a job that wasn’t what you traditionally did for work, so you’re making up for lost income now and you must keep working.

Maybe you wanted to relocate to be close to family, or sudden health concerns have eaten up more of your budget than you expected. Regardless of the reason, you may not be able to retire now and may need to re-evaluate your plans or consider alternatives, including working longer.

Retirement isn’t a one-size-fits-all path. If you have to delay retirement because of something unexpected or things didn’t go according to plan, don’t fret. If you’re feeling stuck and don’t see a way out, you might have more options than you think. Take some time to review your choices now so you can map out a path to retirement in the future. And if you’re looking to avoid this situation in the future, here’s how much you should have saved at each age to stay on track. 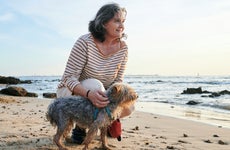 5 ways to know if unretirement is right for you 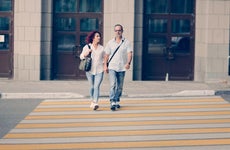 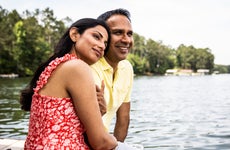