Navigating Social Security can be cumbersome, to say the least. Even basic questions such as when you should retire can come to take on an immense and sometimes desperate tone, as you try to make a decision that doesn’t screw up your retirement beyond repair.

Bankrate spoke with some experts to get their take on what some of the biggest mistakes are that you can make with Social Security. Here’s what you should try to avoid doing as you navigate Social Security’s labyrinth.

Sticking to a one-size-fits-all strategy

The biggest mistake people make is “they do a quick Google search and take information that is meant to be very much at the macro level, and thus not individualized,” says Daniel Milan, managing partner of Cornerstone Financial Services in the Detroit area. Often they “fail to take into account their own household budget, financial needs and outside investment income.”

Since life situations can differ, it’s necessary to have a personalized approach that helps you optimize your retirement. And Social Security is not a “one-size-fits-all” experience.

Social Security is complex. While that’s partly by design to help as many people as possible, it still creates a lot of headaches for those nearing retirement. While many retirees have a straightforward experience, others need and can receive specialized aid from the program.

“There are so many different strategies that exist when it comes to collecting benefits and so many variables to consider that listening to advice painted with a broad brush can prove to be detrimental,” says Cory Bittner, co-founder and COO of Falcon Wealth Advisors in the Kansas City area.

“Creating a financial plan and understanding the inner workings of it should be a prerequisite before making the decision to file to collect benefits,” says Bittner. He suggests people look for a financial advisor who is a fiduciary and is experienced at planning for retirement.

Here’s what the average retiree earns from Social Security.

Misunderstanding how much money you’ll receive

If you’ve been working and contributing to the Social Security fund, then you’ve likely received a statement of benefits, an estimate of what you might likely receive in the future. But that figure can be misleading in several ways, and you need to understand what’s driving the estimate.

“People see their statements, the dollar amount that is listed on the front, and assume that’s what they will start receiving monthly whenever they begin filing for their benefits,” says Bittner.

“However, the amount reflected on the front page of a Social Security statement is typically the amount someone will receive if they wait until their full retirement age to begin collecting benefits, and it assumes they work until that age and contribute to Social Security,” he says.

So if you stop working immediately at the earliest age to collect your benefits and don’t wait, don’t expect the full amount. In addition, this dollar amount is pre-tax, so you’ll have to figure how much tax will be stripped from your monthly check before you actually receive it.

As you’re planning your retirement budget, you’ll need to carefully assess how much money will actually make its way into your pocket.

After a lifetime of working, many people assume that Social Security will meet their needs when they can no longer clock in. But unless your budget is minimal, that probably won’t be the case.

“The biggest mistake people make is thinking Social Security will be sufficient to retire on without also cutting one’s standard of living significantly,” says Ryan McMaken, economist and editor at the Mises Institute, an economics think-tank.

“If they try to fund their entire retirement on Social Security, they’re going to quickly find they’ll need to downsize in terms of housing and also in transportation and entertainment,” he says.

“Social Security is only designed to replace about 40 percent of your income,” says Tony Drake, a CFP and founder of Drake & Associates in the Milwaukee area. “Most people will need at least 80 percent of their pre-retirement income to maintain the lifestyle they want in retirement.”

And with all that free time in retirement, you may be inclined to increase your spending well beyond that 80 percent level, Drake suggests. Healthcare is another expense that may consume a much larger portion of retirees’ budgets than they initially suspect.

So with the limited nature of Social Security, retirees who want to live large in their golden years must make sure that they have other sources of income. Many workers turn to their company’s 401(k) plan, but many other attractive options exist to fund retirement.

Not making extra preparations, as a woman

For a variety of reasons women need to be extra prepared when planning for retirement. Women typically earn less than men over their working careers, and women have longer lifespans on average compared to men, leaving many widows with substantial financial needs, for example.

“While Social Security benefits are neutral when it comes to gender, there are many factors that women need to consider with regard to their benefits,” says Mary Ann Ferreira, a certified financial planner at Edelman Financial Engines.

“Women who work outside the home typically miss an average of 11.5 years of employment due to childcare and care of elderly parents.” She also notes the substantial gender pay gap.

And those lower lifetime earnings carry on into retirement, with smaller retirement accounts and a lower Social Security payout.

Ferreira sees many women working longer and saving more in order to cope with the challenge. “Many women are considering retiring at 70 rather than the full retirement age of 66 or 67. In doing so, they may boost their Social Security benefits by as much as 24 percent,” she says.

In addition to spousal support benefits that surviving spouses may receive, divorcees may also receive benefits.

“I find that women typically forget that they are eligible for divorced spousal and survivor benefits if they were married for over 10 years,” says John Foxworthy, CEO of Foxworthy Wealth Advisors in the Fort Wayne, Indiana area. “If they have been divorced for more than 2 years, the ex-spouse doesn’t even need to file in order to receive the divorced spouse benefit.”

Foxworthy says that the ex-spouse is not notified of the benefits election, so “there is no need to worry about a long lost ex-spouse finding out that you are taking benefits on their record.”

And the question that keeps soon-to-be retirees up at night: when should they take their benefits? That depends heavily on their unique situation, but one of the biggest blunders is even simpler – failing to calculate what the best option is.

“The biggest mistake that I see most regularly is when people elect their benefits without doing the math first,” says Foxworthy. “There really isn’t a ‘do-over’ when it comes to Social Security, and the vast majority of people are leaving money on the table.”

Foxworthy details a situation involving a married couple, both of whom turned 62 years old and were planning on filing for benefits immediately. “We ran an analysis and uncovered a strategy to elect benefits that will get them $221,000 more money over their lifetime,” he says. “That much money can have a significant impact on their retirement picture.”

Retirees who can go a few extra years without claiming their benefits can continue contributing to the program and increase their benefits at the same time.

“Claiming Social Security too soon is one of the most common mistakes we see,” says Drake. “Although 62 is the earliest and most popular age to claim your benefits, your monthly check will be permanently reduced by about 25 percent or more.”

To get your full benefit, you have to wait until full retirement age, between 66 and 67, he says.

But there’s potential for more. “There’s an added benefit to waiting to claim after you hit full retirement age. Your benefit increases by as much as 8 percent each year until you reach age 70.”

Because Social Security is so complex, it’s tough to navigate, maximize your benefits or even just figure out where to begin. Even if you don’t quite maximize your payouts, it’s beneficial to know the mistakes to avoid. Most notably, you’ll want to know how much money you’ll receive and develop personalized strategies – perhaps with a financial advisor – that best fit your needs. 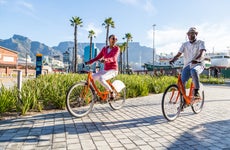 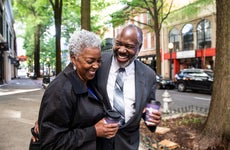 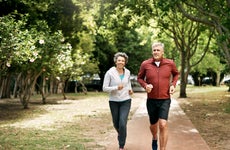 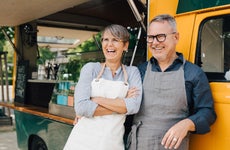