For many people, homeownership is appealing because it allows them the freedom to do whatever they want with their home, and the property it sits on. However, in some cases, the government has the legal right to take over private property for public use — meaning that freedom may be revoked. That, in a nutshell, is the concept of eminent domain.

What is eminent domain?

Eminent domain is most commonly used when the government is trying to build a public work, such as a new road, and it needs a parcel of privately owned land in order to complete the project — for example, if the road’s path is obstructed by the private property. Other examples it might be used for include municipal buildings, public schools and parks. Sometimes there’s simply no other place to put the public property. In other cases, the government has public safety in mind, and it may take over land in order to condemn the buildings on it.

As you might imagine, this is often a controversial issue. A 2005 Supreme Court decision broadened the scope of eminent domain so that, occasionally, the property of one private owner can be transferred to another private owner if it’s in the interest of economic development. As a result, many states enacted laws restricting the use of eminent domain for that purpose. Still, it’s not uncommon for private entities to benefit from eminent domain if, for example, they acquire the property with the promise of restoring a blighted area or building a gas pipeline.

Homeowners and real estate investors should understand how eminent domain might affect them if the government takes over their land for public use. There are several types of eminent domain “takings,” which include:

Takings can be “physical,” in the case of a straightforward exchange of property for compensation, or “regulatory,” in which a government entity exercises its authority over the property by regulation, for example by changing the zoning.

The Fifth Amendment of the Constitution holds that “private property [shall not] be taken for public use, without just compensation.” To determine just compensation, the government appraises the property and determines its fair market value, usually by comparing the value of nearby houses or calculating how much it’ll cost to construct a new one. This is similar to what a real estate agent would do if you were selling your house.

In exchange for a “just” payout, the government takes over ownership. That helps explain why major sports stadiums are often built in lower-income neighborhoods: The “just compensation” is often much lower when eminent domain is exercised there.

If the property owner disagrees with the assessed value, they can hire their own appraiser or appeal in court, where a jury will decide the actual value of the property.

In 1876, the Supreme Court issued its first ruling on eminent domain in Kohl v. United States. The case was brought to the court by an Ohio landowner who opposed the government taking his land to develop a post office and other public buildings. The court upheld the government’s right to eminent domain.

A more recent example occurred in the early 1990s, when Donald Trump and his real estate development company tried to compel a New Jersey woman to sell her home, where she’d lived for more than 30 years, so that he could build a parking lot for limousines. She refused to sell, so he turned to a government agency, which asserted eminent domain. The woman proved in court that the eminent domain would only serve to benefit the developer, because there was nothing stopping him from further developing his own private property — in this case, the landowner prevailed. 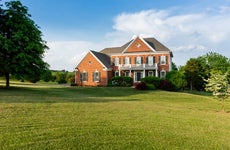 Easement appurtenant: What it means in real estate 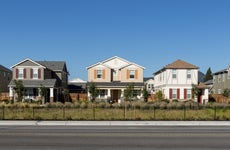 What is adverse possession in real estate? 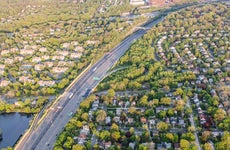 Condemnation: What it means in real estate 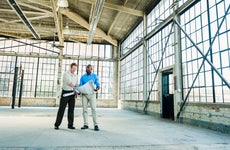 What is a ‘bundle of rights’ in real estate?