While a condemned house may evoke the idea of a creepy abandoned home in a horror film, the term actually does not imply a home that’s unsafe to live in. Even homes in perfect condition can be condemned.

Condemnation occurs when a public authority, such as the local government, seizes a piece of private property for public use. However, they must pay the owner a fair market price for the property.

Public authorities are able to condemn a home or parcel of land through eminent domain, which gives them the right to seize property in the name of public interest. But they may not simply take it as they please — the owner must be compensated in accordance with the property’s fair market value. The Fifth Amendment to the U.S. Constitution specifies that private property “shall not be taken for public use, without just compensation.”

The government can take land for both private and public projects that are deemed beneficial for the public as a whole. The property owner does not have to consent to the seizure. Some of the reasons the government might take land are to:

When the public authority exercises condemnation, the owner receives an offer for the property’s fair market value. If the owner feels the offer is too low, he or she can dispute the appraisal in court and try to secure more money.

Condemnation frequently occurs when the government needs land for publicly beneficial projects, often for building a new road whose path is obstructed by private property.

For example, if your town has grown over the years and its roads are no longer capable of safely accommodating the volume of traffic, the government may decide to expand the existing roads. However, to complete the expansion, it has to acquire several nearby properties, including your home. You may not want to give up your home, but since the expansion will make the road safer for all of your town’s residents, the town exercises eminent domain, and you have no choice but to sell your property to the government. This is condemnation.

The first offer the government makes you for your property is known as a “pro tanto award.” If you feel that the pro-tanto offer is unjust — for example, that it does not take into account the characteristics of your home that increase your property’s value — you may hire a lawyer to try to negotiate a higher price.

Condemnation can sometimes happen on a very large scale. During World War II, over 20 million acres of land were seized by eminent domain to use for wartime defense installations, including airports, naval stations and proving grounds.

Condemnation is a legal term that means private property has been seized by the government for public use. The government is required to pay a fair market value in exchange. This typically happens for the building of things that will benefit the entire community, like new roads.

Eminent domain: What it is, how it works 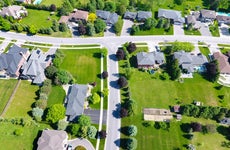 What is a boundary agreement?

What is real estate?

What is an avigation easement?