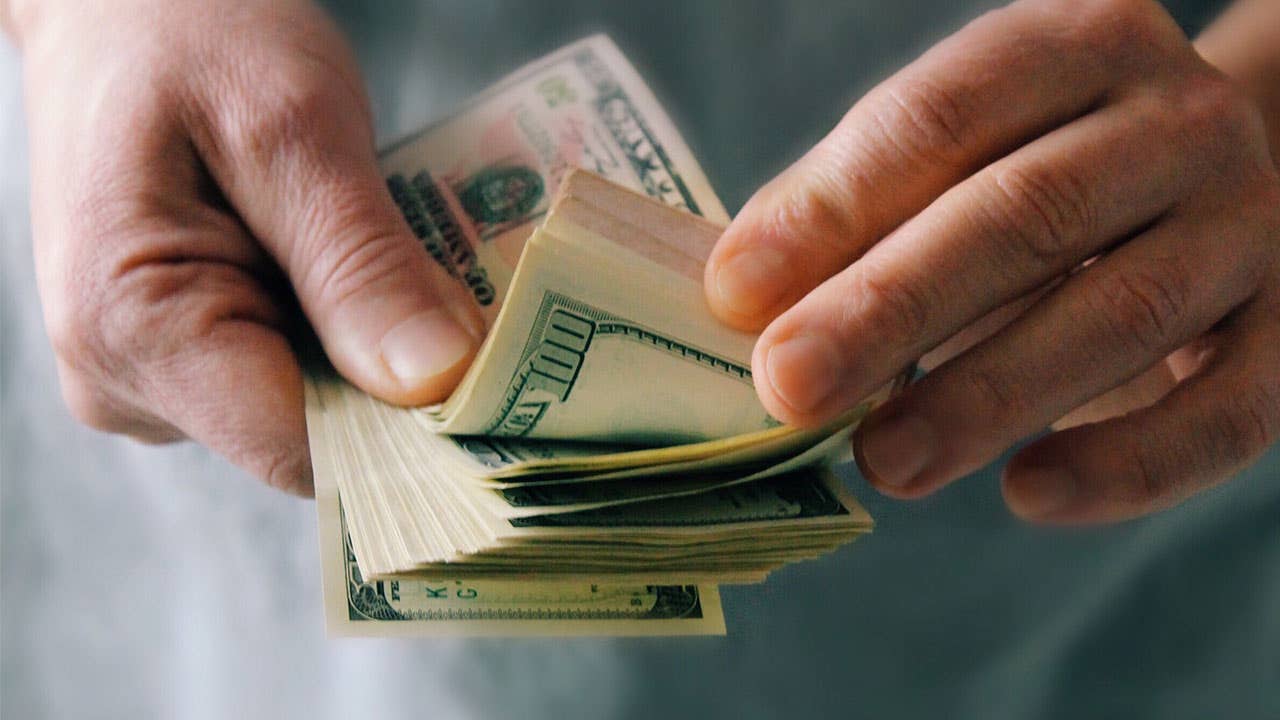 That’s exactly the situation Tina Willis, a personal injury attorney based in Orlando, Florida, was faced with in 2017. Cases that she had been working on for years finally reached their resolutions, and for the first time she earned an amount she describes as “a miracle.”

“I earned basically enough to retire if I wanted to do so,” she says. For Willis and her family, this windfall was life-changing.

A windfall involves “coming into a substantial amount of money that maybe you weren’t expecting or that’s a little bit of a surprise,” says Raquel Hinman, certified financial planner and founder of Hinman Financial Planning Inc. in Erie, Colorado. She adds that the amount of a windfall could look different for everyone but includes anything from a lottery win to an inheritance or large end-of-year bonus.

If you do wind up with a windfall, here are seven smart steps to take.

1. Pause before you decide anything

The most important thing is to not make any rash decisions. As Hinman explains, the period between receiving a windfall and deciding what you’re going to do with it is referred to as “the decision-free zone.”

If you do finally win big in Las Vegas or an investment pays off exponentially, don’t rush to put it all toward one thing just yet. Hinman recommends waiting at least six months, and sometimes even up to two years, before making any decisions.

That’s because earning a large sum of money in such a short amount of time can lead to irrational decision-making. This often happens with lottery winners: A person wins the a large prize and files for bankruptcy a few years later. In fact, one study of Florida Lottery winners found that the lump-sum winners’ likelihood to file for bankruptcy increased three to five years after they received the windfall.

2. Find a smart place to stash the money

Taking the time to consider your options during the decision-free zone can allow you to make smarter decisions when you’re ready. But with so many options, from paying off debts to making new investments and contributing to existing accounts, how can you decide what’s best?

Hinman recommends a practical approach to her clients. “The first thing I’m going to look at is where are they going to get the most for their money; is it by investing it, getting a higher rate of return in the markets or is it paying off debts?” she asks. “And sometimes, we’ll split it up into different buckets too, depending on the amount of the windfall.”

Willis, who had previous experience as a Realtor, decided to invest the majority of her windfall into single-family homes. She now directs that income toward retirement.

3. Talk to the experts

If your windfall has a significant impact on your net worth, your first destination after crossing decision-free zone should be the office of an expert who can help you reach your goals.

A financial planner can help you make smart investment decisions and get you started on the path to wise spending, but you should also consult a certified public accountant and an estate planning attorney.

Dealing with a life-changing event, even if it’s positive, isn’t easy. Having a team of advisers can help you make the right decisions.

If you have any options for the payout of your windfall, you may get the most out of the money through annual payments rather than a lump sum.

This can also keep you from making those impulsive, irrational spending decisions that could lead to trouble down the road.

Hinman warns against lifestyle creep resulting from a big payout as well, something Willis and her family were concerned about. “Of course, we were happy,” she says. “But we were also worried about continuing the earning pattern — and worried about losing what we had earned or squandering it away. I’ve never had to decide how to spend so much.”

Look into whether your windfall is considered income or not and what effects that will have on your yearly tax contributions.

“Your lottery winnings are going to be considered income. An inheritance, typically, is not considered income, so it’s not taxed like income. Obviously, if it’s a big bonus or something like that, it is a taxable windfall,” Hinman says.

You can work with a tax adviser to find exactly what impact your windfall will have on your taxes.

If you’re worried about the tax increase you’ll see from your windfall, “the other thing you can do is try to make maximum retirement plan contributions in the year you receive that income to reduce your taxable income a little bit,” Hinman says.

After the significant increase in net worth resulting from a windfall, you should meet with an attorney to update your estate plan. This can be a great opportunity to make sure your money is directed exactly where you want it after your death.

It’s important to review your estate planning documents every couple of years, but you should also review them after a major life event, including a windfall. Depending on the size, it could significantly change your estate, which has consequences on your beneficiaries, so you should take the time to make sure your plan still meets your wishes.

Saving a bit of windfall money to spend on yourself is important.

“You do have to play a little bit with windfall or you’re going to feel like you’ve really deprived yourself,” Hinman says.

Ultimately, while the decision-free zone can help you make rational decisions initially, dealing with a windfall takes careful thinking in the long term to understand your limits and keep from overspending.

“One of the biggest things you can do is education and being aware of the problem and really having a budget following it,” Hinman says. “Be careful about what you’re doing … and give yourself some time to get used to it.”

Read more From Kendall
Kendall Little is a personal finance writer who previously covered credit card news and advice at Bankrate. Kendall currently is a staff writer for NextAdvisor. She is originally from metro Atlanta and holds bachelor’s degrees from the University of Georgia in both journalism and film studies. Before joining Bankrate in August 2018, Kendall worked in digital communications throughout various industries, including education, health care and television.
Edited by
Lance Davis
Senior editorial director