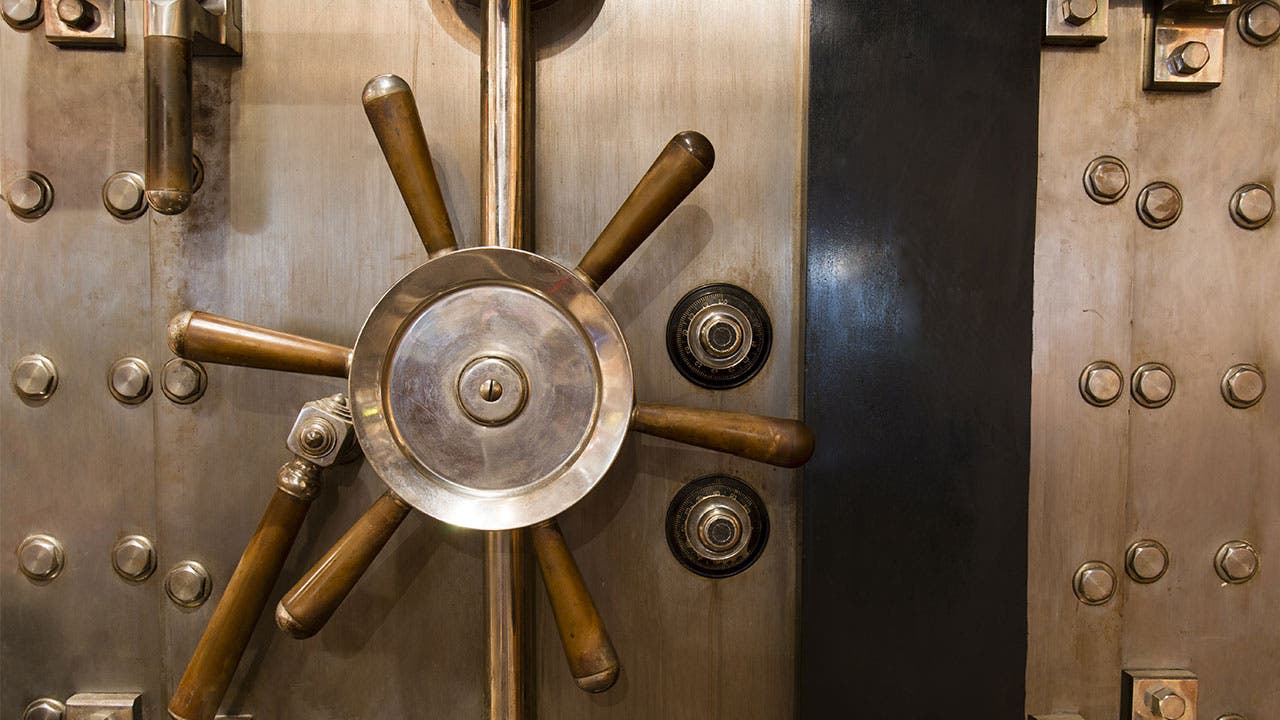 Millennials seem to be obsessed with—or at least more mindful of—their spending habits as they face crushing student loan debt, fight the notion that their frivolous spending will keep them from becoming homeowners and worry about their financial future.

A recent study by Bank of America found that 54 percent of millennials are budgeting, which is roughly the same rate as baby boomers and Gen Xers. In addition, 73 percent of respondents say they stick to their budget most months.

If you’re not setting a budget or you’re struggling to stay on track, you might consider finding a bank, credit union or fintech company that lets you set limits on how much you can spend.

Lead us not into temptation

With the 2015 release of its U digital banking platform, banking giant BB&T sought to give its customers more control over their financial destiny, says Dontá Wilson, BB&T chief client experience officer. The platform allows customers to import data from other checking or savings accounts, a feature rarely offered by a bank, and lets customers set a daily limit on how much they can spend or withdraw from an ATM.

Customers can set spending limits in increments of $100. They can also earmark recurring payments, so that their monthly phone bill, for instance, doesn’t leave them unable to buy anything on the day it gets paid. Debit transactions beyond the limit are declined as if the account did not have enough funds to cover the charge (and didn’t have overdraft protection, naturally). Customers can also freeze their debit cards entirely without disrupting their recurring payments.

BB&T declined to say what percentage of its 2.64 million active mobile users have set spending limits. Still, users seems to be pretty happy with the U platform overall—it has a 4.8 out of five rating in the Apple App Store.

Credit Human, a credit union based in San Antonio, rolled out spending limits last year as part of suite of card control features that let users regulate their personal finances in up to 50 different ways. The spending limits are part of a subordinate app, similar to the way Facebook Messenger interacts with Facebook.

People have really taken to the card controls, says Adele Glenn, emerging channels innovation architect for Credit Human. When the app launched in early 2017 the credit union anticipated that 4,000 people would be using the features by year’s end. It had that by the end of February and 12,000 had enrolled by the end of the year.

Currently, users can set a weekly spending limit, but Glenn says daily limits are expected to be part of a future update. Credit Human’s controls also seem perfect for parents who are trying to encourage their kids to adopt good spending habits. Besides setting limits by time period, they can be set by geography or even by merchant.

One marker for growth in this area is the rise of Marqeta, a company that makes it easier for banks and other companies to roll out these types of features. Visa led a $25 million investment in the company last summer. In other words, expect more banks and financial institutions to offer their customers the ability to customize their spending patterns.

Ulysses and the sirens

Some young adults are really into the idea of spending limits. According to a Business Insider Intelligence study, 60 percent of respondents between the ages of 18 and 22 say the ability to set spending limits is an important feature.

Of course, it’s easy to chalk this up to the generation in question: The kids of helicopter parents want helicopter banks. Grow up, snowflakes. But the concept of imposing external limits on yourself has an ancient pedigree.

In the social sciences, people voluntarily setting up external restraints on their behavior is called a Ulysses pact or Ulysses contract. The concept is named after Ulysses, the main character of The Odyssey, the epic poem by Homer.

In one episode of The Odyssey, Ulysses and his men were sailing their ship through a dangerous passage controlled by the sirens. Ulysses ordered his men to block up their ears with beeswax to prevent them from hearing the sirens’ irresistible song, which would lure them away from their quest. But Ulysses wanted to hear the song, so he had his men tie him to the ship’s mast. Without the wax or the restraints, the rest of the crew would have abandoned their journey and likely met their doom.

“What Ulysses did is the same as what people are doing with spending limits. They are designing environments to protect people from themselves.” says Wendy De La Rosa, cofounder and principal of Common Cents Lab, which is part of The Center for Advanced Hindsight at Duke University.

There still might be something generational about it, though, says De La Rosa. After all, millennials, particularly the younger ones, spent their formative years in the Great Recession. They saw family members lose their jobs and homes.

“When you see people going into bankruptcy at a young age, there are long-term effects from traumatic experience,” she says. “You’re more likely to be much more active in designing your financial environment.”

Dealing with the “what if?” scenario

Worries about access to cash in emergency situations is a big barrier to wider adoption of spending limits on checking accounts. What do you do in the case of an emergency? How do you get a sum that’s larger than your daily or weekly spending limit (even if the emergency is a new video game you decide you need right now)?

The good news is that your institution isn’t going to hold your money hostage. Spending limits are self directed, so you can easily reset the limit at your own discretion.

This might seem like an easy loophole to exploit—how effective can this belt-tightening really be if I can easily move the limit to the next notch? However, there generally aren’t any alerts to tell users they are approaching a spending limit. In other words, even if you decide to change your limit, you still have to be mindful of spending. That’s a good thing, and it’s ultimately the central goal of most budgeting tools.

“What we’ve found is that even if they go in and change the controls, they are creating friction and that adds self-control to their spending habits,” Glenn of Credit Human says.

BB&T’s Wilson added that the tools are meant to empower, not limit customers. If they need to tweak them, that’s their call.

Still, the ability to easily bend your own rules does somewhat handicap the efficacy of spending limits. Indeed, Dan Ariely, a founder of The Center for Advanced Hindsight and the chief behavioral economist of neobank Qapital, discusses the problem with letting people out of their Ulysses contracts in this TEDx Talk.

Qapital lets users set weekly spending targets on everyday expenses that aren’t recurring bills. A user might say she wants to spend no more than 20 percent of her weekly pay on daily expenses. There is no penalty, however, if she exceeds it.

“This isn’t about being precise and feeling guilty. It’s about using your money in a way that makes you feel the most happy,” a Qapital spokesman said in an email.

Perhaps you’re happy with your existing checking account or think that setting spending limits is just not something you want to do. There are other ways that you can be better in controlling your spending.

One obvious and decidedly low-tech step is to opt out of overdraft protection. This won’t necessarily help you budget, but it will make sure you’re only spending money you have. Of course, this means you might experience a much-dreaded declined card, but that beats paying an overdraft fee. The average overdraft fee is $33.38, according to the 2017 Bankrate checking account survey. You can add another layer of protection by adding low balance alerts to your checking account.

You can also rely more heavily on the insights provided by fintech companies. Chime, for example, shows its customers how much they’ve spent at a particular merchant as part of transaction list. That $2.67 grande coffee might not seem like a big deal, but knowing that you’ve spent nearly $100 at Starbucks alone this month might prompt you to reconsider your spending.

“We may add the ability to set firm limits over time but our members tell us that tracking their spending behavior at a glance is a great way to stay in control of their finances,” says Chime CEO Chris Britt.