Smart bartenders have ways to get customers to spend more — from nodding while suggesting high-priced drinks to bringing out popular brands — but their best method is to keep the customer happy so they’ll continue ordering and will return.

About 70 percent of customers don’t know what they’re going to order when they sit down at a bar, according to menu engineer Gregg Rapp, providing a big opportunity for bartenders to influence what’s sold.

How to get a good, cheap drink

Bartenders say while helping a patron decide what to drink is an important part of their job, there are some ways customers can ensure the best service and save some money on their bar tab. Read on for five hot tips from bartenders.

The well can save you money

Well drinks are made from standard house liquors the bar stocks in order to make generic drinks such as a gin and tonic. Bartenders will use the liquors in the well unless you order a specific brand such as Tanqueray gin.

If a bar has a premium well, with Absolut and Smirnoff vodka for instance, you’re more likely to get better value and better quality, but the restaurant or bar won’t make as much money, Rapp says.

If the well drinks are too expensive, you’ll spend less money on a good craft beer, which requires a minimum upgrade from a common domestic beer. “If you’re in the bar and you’re looking to go cheap, you should go with beer,” Rapp says. “Draft beer is going to be the best deal in the bar.”

Watch for nods and suggestions

A bartender’s ultimate goal is to give you a drink you’ll enjoy. Bartenders who try to upsell to an expensive brand will increase the tab and their tips, but they may not get a return customer, Rapp says.

Some liquors have a bigger profit margin than others. Scotch and tequila, for example, have a significant price bounce, says Jacques Bezuidenhout, brand ambassador for Partida Tequila and a bartender for more than 15 years.

If you’re seduced by brand names and marketing and order a cognac, vodka or some other liquor because you’ve seen it advertised everywhere, it will probably cost more, says Robert Yonskie, a head instructor at the New York Bartending School and a resident mixologist at Dailyfoodandwine.com.

“Some things are absolutely overpriced simply because they’re popular,” says Yonskie, who has seen customers buy certain drinks only because they’ve seen them advertised.

Bartenders go by taste instead of what they see in a magazine, so building trust in a bartender is important, Bezuidenhout says. “Decide by taste, not the beauty of the bottle or the beauty of the ad campaign,” he says.

Walking into a busy bar on a Friday night and ordering four mojitos will take the bartender away from the rest of the bar to make the labor-intensive drinks, which means you may not get the same quality you would at a less-busy time, says Yonskie.

“There’s a good chance that (the bartender) is not going to do it properly,” he says. Instead of gently releasing the flavor of mint in a mojito, a rushed bartender might shake the drink quickly, and you’ll be sipping mint leaf fragments.

Your drinksmith may mix the drink in 20 seconds instead of the minute it takes to properly make it, Yonskie says. A minute may not sound like a lot of time, but multiply it by hundreds of customers a night, and it adds up.

And beyond paying for a drink that doesn’t taste the way it’s supposed to, asking for complicated drinks during peak times may make the bartender hesitate when you order a second round, he says.

It was a great lesson in kindergarten, and it applies in a bar: Treat others as you want to be treated. Ordering complicated drinks on a busy night is one thing, but snapping your fingers, yelling or otherwise being rude won’t get you quick service, and you’ll get ignored when asking for a second round, says Yonskie.

Treating a bartender like a servant instead of a server absolutely won’t help you get good service, he says. 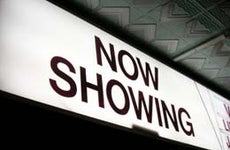 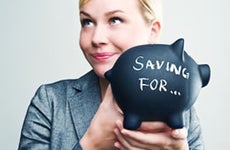 6 extreme ways to go frugal and save 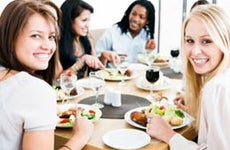 6 ways to throw a great party for less 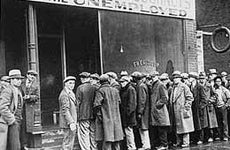