At Paris’ famous Marche aux Puces, it’s known as “marchandage.” In Mexico’s open-air weekend markets, it’s called “regatear.” Here in the U.S., we know it as “haggling.” And while it’s the norm when buying a car or a home, most American prices on most items are non-negotiable.

Think again. In this tough economy, there has never been a better time to haggle in any retail setting.

“You can negotiate anything, anywhere these days,” says Allan Stark, president of Negotiate4U, a Web-based company that negotiates discounts on everything from cars to cellphones. “You can haggle for lower prices from flea markets all the way up to Bergdorf Goodman.”

To be successful, here are seven strategies to use to get the price you want.

Fall in like — not in love — with an item 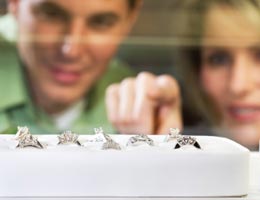 Even if it’s the most beautiful of items, curb your enthusiasm, says Herb Cohen, author of “You Can Negotiate Anything.”

“Negotiating is a game where you care, but not that much,” he says. “Only fall in love with humans, and ‘in like’ with objects.”

He recommends making comments like “that’s interesting,” which indicates interest and detachment. “If you say something like, ‘I gotta have this,’ it’s game over. There’s no more bargaining.”

Falling “in like” with something also lets you be more willing to walk away if the seller can’t meet your price. Walking away also may entice the seller to be more amenable to your terms.

Do your research before you go 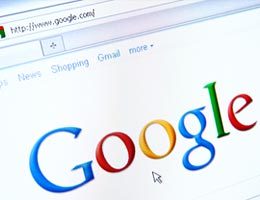 “By knowing prices before you go into a store, you don’t need to haggle,” says Philip Reed, senior consumer advice editor at auto website Edmunds.com.

Bring physical evidence with you, Reed says. If you go into an electronics retailer and show a printout of an online ad featuring a digital camera for a lower price, with no tax or shipping, the store may be more willing to make a deal. If the salesperson can only drop an item to a certain price, he or she may be more willing to throw in free or discounted accessories for a lower overall price.

And use the “shop local” angle to your advantage, Reed says. “Say you find the lowest price on a product but it’s at the mall across town. Go to a local store and say, ‘I found this cheaper elsewhere but I don’t want to spend half the day in my car in traffic. I want to shop local and I like your store. Can you give me a discount?'”

Pick the right time to haggle 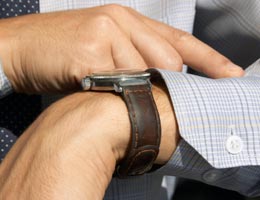 Also keep an eye on when retailers have their major annual sales, like winter wear in January, swimsuits in August and cars in the fall. When retailers need to clear out last season’s goods, they’re more willing to deal. But if you hear of a sale that’s about to start, you can ask for the sales price in advance, Reed says. “Or if the sale just ended, make the deal contingent on getting the sales price,” he says.

One time of the year not to haggle is the holiday season. “If you are negotiating for a hot toy just before Christmas, forget it,” Reed says. “But after Christmas, when they’re stuck with those products that didn’t sell, they’re likely to listen to you.”

Ask the salesperson first, then the manager 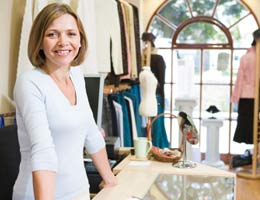 Start negotiating with salespeople first, says Cohen. “Much of the time, they are given some leeway to drop prices.”

However, if you meet resistance, then ask for the manager. In places where haggling isn’t the norm, like department stores and electronics shops, find the person with the authority to bend the rules. Ask a question like, “I was wondering if you could give me a sale price on this item?” Chances are the manager will tell you if there is indeed a lower price on the spot, Cohen says.

“Managers are more likely to have the information at their fingertips, like how much is in inventory and what sales margins they need to make, so they’ll be quick to tell you how low they can go,” he says.

Make an offer they can’t refuse 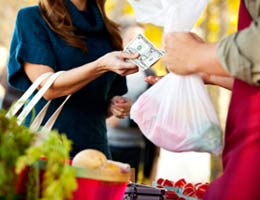 By sweetening your offer with something that lightens the seller’s load, you can score deals.

Stark recommends going to the ATM beforehand, then asking at the store, “Do you have a lower price if I pay in cash? I’m ready to pay now.” By offering an immediate sale and saving them from credit card fees that cut into profits, stores may lower the price and waive sales tax.

If it’s hard to reduce the stated price, find another way to lower it. “A contractor came to my house recently to give me an estimate for installing windows, and my reply was, ‘I’ll say yes today if you pay the sales tax.’ He jumped at that, and reduced the total cost by $250,” Reed says.

If you don’t mind floor models, closeout products or flawed items, ask to buy them at a discount. Also, many department stores automatically give 10 percent off — even 20 percent when asked nicely — on damaged items.

And the more you buy, the more you should ask for a discount. “You like a TV model so much, you decide to buy two,” Cohen says. “You have the right to ask 20 percent off both.”

A lower cost on services is even easier to negotiate. Ask for a discount on such things as a half day of spa treatments or multiple car repairs.

Make it business, not personal 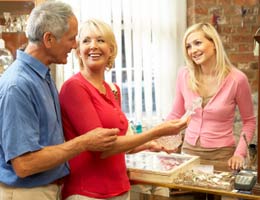 “Be careful to keep negotiating businesslike, even friendly,” Reed says. “Some people think of haggling as getting the upper hand, but that won’t get you anywhere.”

Maintain a demeanor that tells sellers you’re interested in a mutual resolution that’s beneficial to both of you.”

Stark recommends keeping your approach light, simple and humorous. The honey-versus-vinegar approach will win you friendly service along with a discount. “When I travel, I always approach the front desk at a hotel and ask, ‘Do you have a better room price for someone who is overweight and not from New York?'” Stark says.

Another tactic Stark swears by is “the sound of silence.” If you reach an impasse on price reductions, don’t say anything, just listen. “The other person will often make a concession just to end the uncomfortable silence,” Stark says. 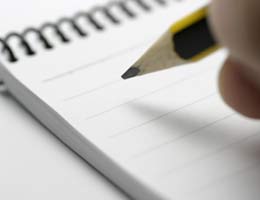 Follow Kenny Rogers’ advice: Know when to hold ’em, know when to fold ’em. That is — know when to walk away. If you sense you’re not going to come out on top, vote with your feet. But don’t leave without a friendly goodbye. Cohen suggests saying, “Thanks for helping me. I’m sorry we couldn’t agree on a price.”

Don’t let that be the end of discussion. Leave your phone number behind. Cohen says the tactic works especially well at flea markets and road shows, where the seller doesn’t want to pack, ship and store the heavy items they had lugged there that morning.

Also, don’t be afraid to follow up with a phone call, Reed says. “Sometimes sellers will change their minds about an offer after they’ve had time to think it over.” 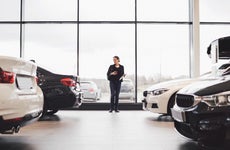 How to buy a car without haggling 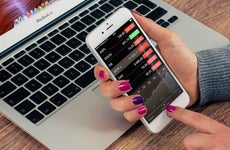 5 ways to get the best price at pawnshops

Take grocery coupons to the next level

Paying cash? Ask for a discount