A lucky star is born

No one knows the life-changing power of luck better than actors.

Just the sheer odds of standing out among thousands of bright-faced, oh-so-impossibly attractive aspiring actors could test the stamina of a Zen master. Add to this the randomness of what a casting director might be looking for at any given cattle call, and the prospect of returning to Mount Boredom Junior College to pursue that degree in entomology begins to sound pretty appealing.

Fortunately, luck does exist. Its glittery fingerprints are all over the place. Call it happenstance, coincidence or even fate, but there’s a match to your hold card somewhere in that deck and if you’re lucky, it’ll be the next card you turn up.

Most of our brightest stars rose to their heights through dedication, hard work and perseverance. But if somebody hadn’t recognized their potential greatness beyond the moment, they might still be tending bar in Hoboken, N.J., or selling cars in San Pedro, Calif.

Here’s a salute to seven lucky stars who, but for fortune, might not be household names today. 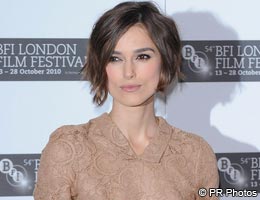 British actress Keira Knightley hardly needed luck to launch her film career. The daughter of an award-winning playwright and a TV and stage actor, Knightley requested a talent agent at 3, got one at 6 and was working in film and commercials before she could drive.

But through the sort of serendipity that only happens in movies, Knightley got her lucky break when she was cast in the 1999 blockbuster “Star Wars Episode 1: The Phantom Menace” primarily because of her uncanny physical resemblance to Natalie Portman, who plays Princess Amidala in the film.

Don’t remember Knightley in the film? That was by design. The script called for her character, Sabe, to serve as a decoy for Princess Amidala, who with the help of Jedi knights Obi-Wan Kenobi (Ewan McGregor) and Qui-Gon Jin (Liam Neeson) saves the planet Naboo from the evil Sith. Even Knightley’s dialog was dubbed over with Portman’s voice in the film.

Despite being virtually indistinguishable from Portman in the space opera, Knightley soon hit the big time with roles in “Bend It Like Beckham,” “Atonement” and the “Pirates of the Caribbean” series.

Not bad for a former body double! 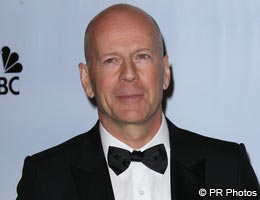 If you had asked the young Bruce Willis if he planned to become a film star, he might have looked at you like you were crazy.

In fact, Willis, who parlayed his breakout role as David Addison on TV’s “Moonlighting” into a film career as action hero John McClane in the “Die Hard” series, may be one of Hollywood’s least likely leading men, owing to a horrible stutter he suffered from age 9.

Luck intervened in a big way at age 17 when Willis was cast in a high school production of “A Connecticut Yankee in King Arthur’s Court.”

“A miraculous thing happened,” Willis told Reader’s Digest. “I was doing this goofy play and when I got onstage, I stopped stuttering. When I stepped off the stage, I started stuttering again. And I went, ‘This is a miracle. I got to investigate this more.'”

Looking back, Willis credits part of his comedic success to his stutter.

“I think my sense of humor derived from the fact that I did stutter,” he reflected. “As if, ‘Well, yeah, I stutter, but if I can make you laugh, maybe you won’t be so aware of it.'”

Charlize Theron: Banking on a break 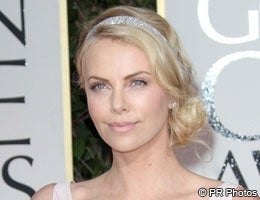 South African-born Charlize Theron, who won an Academy Award for best actress for her portrayal of serial killer Aileen Wuornos in the 2003 film “Monster,” has had quite enough drama for one life.

Her mother shot and killed her abusive, alcoholic father in self defense. Theron was bullied as a teen and never finished high school. When a knee injury at 19 ended her study with the Joffrey Ballet, her mother forced her to either find a plan B or move home.

Theron headed to Hollywood to pursue an acting career on a shoestring. The pressures of making ends meet in a new environment came to a head one day in a bank lobby when a teller refused to cash her last out-of-state check from a modeling job in New York. Theron erupted in rage, creating quite a scene in line.

“If I didn’t cash that check, I wouldn’t have had a place to sleep that night,” Theron told Oprah magazine, defending her histrionics.

Bank management may have been horrified by the outburst but, as luck would have it, a talent agent named John Crosby, who happened to be in line behind her, knew a star when he saw one and slipped Theron his business card. 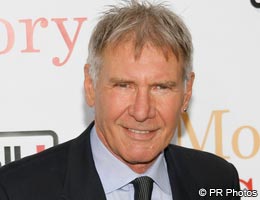 Harrison Ford’s 6-foot-1 stature and rough-hewn good looks were landing him nothing but bit parts when he first moved from Chicago to Hollywood in the early ’60s. Fed up with fruitless casting calls — or worse, one-line walk-ons — he turned to carpentry to survive, even working as a stagehand for The Doors.

It turned out to be the best move of his life.

As luck would have it, a young director named George Lucas hired Ford to install some cabinets in his home. Lucas invited the struggling actor to audition for his next film, and Ford won the part of hot-rod bad boy Bob Falfa in the surprise 1973 hit “American Graffiti.”

The next year, lightning struck again when another young director named Francis Ford Coppola hired Ford to enlarge his office and subsequently cast him in his Oscar-nominated thriller “The Conversation.”

Two lucky stars collided when Lucas cast Ford in the starring role of Han Solo in the original “Star Wars” (1977) and two sequels, a career-altering breakthrough for both of them. Ford would go on to create the equally iconic Indiana Jones character in the George Lucas-Stephen Spielberg adventure franchise. 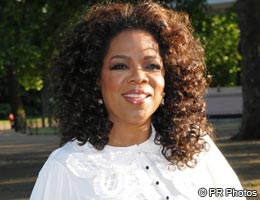 Could the great and powerful Oprah Winfrey owe it all to a local beauty pageant?

Oprah’s lucky break came at 17, when a Nashville, Tenn., radio station chose her as its entry in a local beauty pageant based on her spunk during a radio interview.

“I was the only Negro in a pageant of all red-haired girls, and it’s the ‘Miss Fire Prevention’ contest. So the Lord knows, I’m not going to win. So I was very relaxed about it. I thought, ‘Well, I got a new gown, and this is great,'” she told the Academy of Achievement.

When asked about her career aspirations, Winfrey shocked the crowd again by saying she hoped to become a broadcast journalist.

When she returned to the radio station to receive her Longines watch and digital clock, it was Winfrey’s turn to be surprised — they offered her a job. 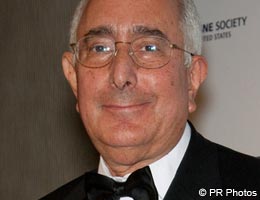 Ben Stein’s life has two halves: before Bueller and after Bueller.

Before Bueller, the brainiac son of noted economist and writer Herbert Stein was all business. He served as a trial lawyer for the Federal Trade Commission, wrote speeches for presidents Richard Nixon and Gerald Ford, and after leaving public service taught politics, civil rights and mass culture at Pepperdine University and the University of California, Santa Cruz.

Then a funny thing happened: Writer and director John Hughes invited Stein to play an unnamed high school professor in his 1986 coming-of-age comedy “Ferris Bueller’s Day Off.” Hughes, who’d apparently gotten wind of Stein’s monotone economics lectures, knew not to mess with perfection and asked Stein to wing it. Stein obliged with a mind-numbing drone about supply-side economics and the Smoot-Hawley Tariff of 1930.

Rosario Dawson: She stoops to conquer 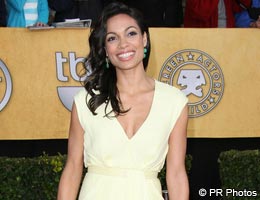 Admit it, you’ve had this dream: You’re chillin’ on your front stoop playing jacks when a film director rolls up out of the blue and says, “Kid, I’m gonna make you a star!”

As luck would have it, that fantasy actually happened to Rosario Dawson, the multitalented actress who’s worked with Spike Lee (“He Got Game”), Quentin Tarantino (“Grindhouse”), Oliver Stone (“Alexander”) and even with His Purpleness, Prince, on a remix of “1999.”

The 15-year-old Dawson was sitting on the stoop of the East Village squat that her father was renovating when director Larry Clark and writer Harmony Korine rolled by, scouting scenes for their 1995 film, “Kids.” They spotted Dawson (who wouldn’t?) and 35 films later, she’s cashed in big time on her lucky break.

Dawson says she hadn’t given so much as a thought to acting.

“I was going to finish high school. I wanted to study engineering or marine biology,” she told T magazine. “That was my plan. ‘Kids’ was a fluke. It’s only in the past couple of years that I haven’t been waiting for the hook that will pull me off the stage.”