Equifax says it wants to help you blunt the damage its recent data breach might cause.

The big credit bureau is offering all consumers a free one-year subscription to TrustedID Premier — its credit-monitoring service. That offer initially came with a big string attached: You had to agree to settle any dispute outside of court.

Equifax has since changed the legal language attached to the offer, but that doesn’t mean signing up is a good idea. Here’s what you should know before deciding whether to agree to Equifax’s offer.

Arbitration clauses once appeared in both the terms of use for the TrustedID Premier product and for the main Equifax website. This legal jargon requires disputes to be handled between you, the company and a third-party arbitrator — and not before a judge or jury. Consumer groups say forced arbitration blocks people from participating in class-action lawsuits.

The Consumer Financial Protection Bureau recently issued a rule that would make it more difficult for credit bureaus and financial firms to make arbitration mandatory. The U.S. House of Representatives has moved to block the rule’s implementation, scheduled to go into effect later this month. The Senate has not acted.

Complaints and social media backlash drove Equifax to remove the arbitration clause from the TrustedID Premier terms of use and clarify its stance on arbitration in the frequently asked questions section for consumers on the website created following the hack.

The arbitration language remains on the company’s primary website. But Equifax eventually added a statement about the data breach: “This agreement does not apply to www.equifaxsecurity2017.com, www.trustedidpremier.com or www.trustedid.com. This agreement also does not apply to the Trusted ID Premier product or the Equifax cybersecurity incident announced on September 7, 2017.”

Still, if you enroll in its credit-monitoring service, you may be better off opting out — even though you’re not technically required — by mailing a letter within 30 days stating that you don’t want to be subject to binding arbitration. You must include your name, address and Equifax user ID.

“Equifax took a PR black eye, not realizing that consumers would interpret the Equifax arbitration provision broadly to foreclose lawsuits over the breach,” says Josh King, chief legal officer at Avvo, an online legal marketplace based in Seattle. “It took them a week, but they finally wised up and added a specific exclusion for the data breach. Sure, the broader terms probably don’t apply to the data breach anyway, but sometimes you’ve got to take extra steps to reassure consumers.”

To enroll or not to enroll?

Those who want to enroll in any Equifax services should opt out of mandatory arbitration, says Lauren Saunders, associate director at the National Consumer Law Center.

If you decide to sign up for credit monitoring, know that it won’t solve all of your problems.

“All it does at best is alert people to the fact that somebody has tried to open an account in their name after it has already happened,” says Mike Litt, consumer advocate at the U.S. Public Interest Research Group.

After one year, you might have to pay for the service. Experts say that may not be worthwhile.

Consumers may be better off reviewing their own credit reports. Since you can get one for free each year, request a copy from one of the three credit bureaus every four months.

Litt recommends placing a fraud alert on all of your credit reports, too, and freezing your credit. Don’t forget to check other financial documents to avoid having unauthorized accounts opened. 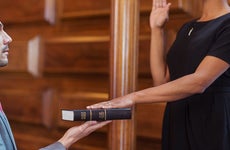 Ready to sue Equifax? Here’s what to know 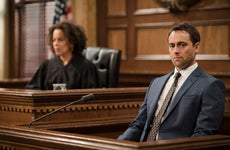