Autumn is here and the holidays are mere weeks away, but there’s not much to celebrate about the mortgage rate climate right now. As of mid-October, Bankrate’s benchmark 30-year fixed-rate mortgage averaged over 7 percent, more than double compared to this time last year.

As a new month kicks off and the Federal Reserve meets once again, we asked the experts to offer their thoughts on the rate landscape in the next 30 days.

‘One of the most volatile periods in decades’

The mortgage rate trend we’ve observed over the past few months shows no signs of letting up in November, with record inflation — and the Fed’s steps to address it — still one of the main culprits. (To be sure, 43 percent of economists in a recent survey by Bankrate believe we’re not out of the woods in terms of inflationary pressure.)

For November, McBride forecasts rates to reach 7 percent to 7.25 percent for a 30-year mortgage and between 6.2 percent and 6.4 percent for a 15-year loan.

“The economy remains resilient, the labor market strong and inflation stubbornly remains near 40-year highs, all of which forces the Federal Reserve to remain aggressive on interest rates,” says McBride. “Mortgage rates have bounded higher in response.”

The speed with which mortgage rates have increased in recent months has been whiplash-inducing.

“The Fed is focusing on the stable prices portion of its dual mandate — the other goal being full employment — and recent data has shown little evidence that inflation is abating,” says Robert Johnson, professor of finance at the Heider College of Business at Creighton University. For November, Johnson expects the 30-year to jump to 7.7 percent and the 15-year to rise to 6.93 percent.

“We’re in one of the most volatile periods in decades when it comes to mortgage rates, so it’s difficult to predict them with any degree of confidence,” says Rick Sharga, executive vice president of Market Intelligence for ATTOM.

Still, Sharga anticipates the 30-year rate to waver between 7 percent and 7.5 percent this month, and potentially touch 8 percent.

“Given the Federal Reserve’s lack of success so far, more increases to the fed funds rate are almost a certainty, which means there’s definitely an upside risk for mortgage rates,” says Sharga, who likewise predicts 15-year rates to range from 6.25 percent to 6.75 percent.

Nadia Evangelou, senior economist and director of Real Estate Research for the National Association of Realtors, foresees the possibility of 7.5 percent rates. Fixed-rate mortgages align with the 10-year Treasury yield, and the spread between the two hasn’t widened much over the years. That’s not the case now, says Evangelou.

“The historical spread between these two rates is 170 basis points,” says Evangelou, so “it’s surprising to see mortgage rates rise even faster than yields in the last several months. The current spread is nearly 280 basis points.”

In a glimpse of what might come in 2023, however, analysts in a separate survey by Bankrate expect Treasury yields to stay flat.

There are also other wild cards that could affect the housing market and mortgage rates in the near term — “for example, the midterm elections or a surge in COVID infections,” says Sharga.

Any escalation of war or unrest could further increase upward pressure on rates, “as well as the economy entering a recession,” says Dennis Shirshikov, head of content for Awning, a portal for single-family investment properties, who anticipates 30-year rates to reach 7.75 percent and 15-year rates, 6.75 percent by month’s end.

With mortgage rates where they are, homebuyers and homeowners don’t have much incentive to purchase or refinance right now. Everyone’s financial situation and window of opportunity differ, however.

If you’re looking to buy, “take your time, do your due diligence, negotiate and shop around for a mortgage,” says McBride. “There is no urgency to make the biggest financial decision of your life under duress, and it is OK to walk away rather than stretch beyond the boundaries of what you can realistically and practically afford.”

One bit of good news: Sellers are much more willing to cut their list price, which could help offset a costlier mortgage.

“Among recently sold properties that were on the market for more than a month, sellers had to drop prices by 12 percent on average,” says Evangelou. “However, buyers may need to reduce their affordable price point for their home search if they don’t want to go over their budget.”

“There are fewer buyers on the market — even investor activity has slowed down,” says Sharga. “Sellers are more likely to negotiate terms, and home prices have declined over the last quarter. If you find a house you love and can comfortably afford, and if you are looking for a place to live for more than the next year or two, it’s not necessarily a bad time to buy.”

Remember: You can choose to bite the bullet now with a higher rate and refinance later if rates drop.

If you’re a homeowner eager to refinance now, though, it’s probably wise to sit things out for a while.

“I don’t anticipate that any refinancing opportunities will be attractive enough through the end of the year,” says Johnson. “Rates will most likely continue to rise, making refinancing much less appealing.” 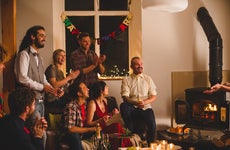 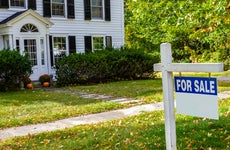 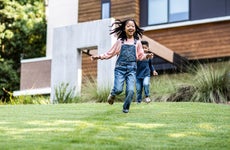 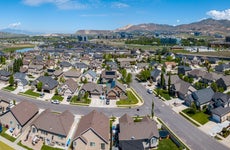