Student loan debt has reached a boiling point for many Americans, and the Biden administration has taken several steps to address it.

Over the past couple of years, the Biden administration has provided targeted student loan forgiveness by expanding eligibility for programs like Public Service Loan Forgiveness, borrower defense to repayment and total and permanent disability discharge. In August, the president announced a plan to forgive up to $20,000 in debt for eligible federal student loan borrowers. As a result, many federal loan borrowers may want to hold off on refinancing their student loans until they’ve received their promised relief.

Who will receive student loan forgiveness?

President Biden announced that his administration would forgive up to $20,000 in student loans for borrowers whose loans are held by the federal government. This includes all federal loans except for certain loans from the Federal Family Education Loan program that are held by private companies.

The Education Department already has income information for nearly 8 million borrowers, which it will use to provide automatic relief. If you’re not on an income-driven repayment plan and haven’t certified your income with the agency, it will provide an application by early October, allowing you to submit your income details.

The agency recommends completing the application by Nov. 15, 2022, to receive forgiveness before monthly payments resume in January 2023. The application will be open through Dec. 31, 2023.

Could I still get student loan forgiveness if I refinance my loan?

Why borrowers are refinancing their student loans now

When the coronavirus pandemic hit and the Federal Reserve cut interest rates to near-zero, student loan refinancing interest rates fell to all-time lows. But in 2022, the Fed has hiked its interest rate seven consecutive times and has plans for more increases in 2023 to combat unruly inflation rates.

While lenders don’t use the Fed’s interest rate to set their own rates for borrowers, the Fed rate does influence the benchmark rates that lenders do use, including the prime rate and the Secured Overnight Financing Rate.

As of September 2022, refinancing rates among major lenders currently start as low as 2.59 percent fixed and 1.89 percent variable. It’s easy to see why those rates are attractive for borrowers who took out student loans back when rates were high. Federal student loans for the 2018-19 school year, just a few years back, had rates of 5.05 percent for undergraduates and 6.6 percent for graduates. If you had poor credit when you took out loans, your private student loan rates could be even higher, even upward of 10 percent.

As rates start to climb again, many borrowers are choosing to refinance those loans and lock in lower rates before they go up any more. Shaving off a few percentage points might not seem like a big deal, but it can ultimately save you thousands of dollars in interest charges.

If you expect to still have a balance after receiving forgiveness under President Biden’s plan, it may make sense to refinance that portion of your debt.

Many federal student loan borrowers may be eyeing those low interest rates, especially as the administrative forbearance period nears its end in December 2022.

However, while refinancing has few downsides if you have private student loans, borrowers with federal student loans have other considerations to keep in mind:

The bottom line: Should you wait for student loan forgiveness or refinance?

Even with the threat of rising interest rates, federal loan borrowers would benefit far more from widespread student loan forgiveness than a lower interest rate. If your loans will be wiped out by the recently announced forgiveness plan, keep them where they are. If you’ll still have a sizable balance after that, it could make sense to refinance the portion that won’t be forgiven.

But think carefully about what you’ll lose if you do refinance any amount of federal student loan debt with a private lender, since federal loans offer more benefits than private loans. It may only make sense to do so if you know you won’t need the federal loan benefits and refinancing would help you pay off your loans faster or more cheaply.

Take some time to research your options and think about what benefits you’ll lose that you might want, such as access to income-driven repayment and generous forbearance options. You can use an online student loan refinance calculator to get an idea of the potential savings.

SHARE:
Written by Ben Luthi Contributing writer
Read more from Ben
Ben Luthi is a personal finance and travel writer who loves helping people learn how to live life more fully. His work has appeared in several publications, including U.S. News & World Report, USA Today, Yahoo! Finance and more.
Edited by
Chelsea Wing
Edited by Chelsea Wing Student loans editor
Chelsea has been with Bankrate since early 2020. She is invested in helping students navigate the high costs of college and breaking down the complexities of student loans.
Chelsea Wing
Student loans editor 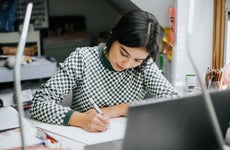 Should I refinance my private student loans? 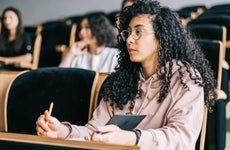 Can you refinance student loans? 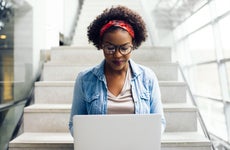 Should you be refinancing your student loans now? 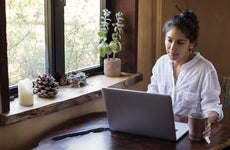 When should I refinance my student loans?