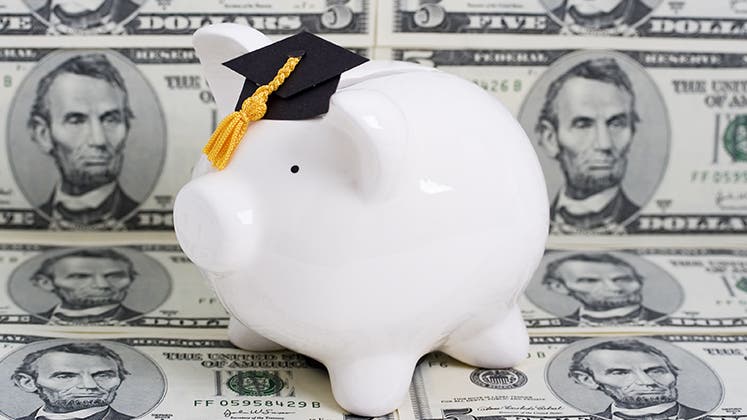 Parents seeking an investment safe haven that provides guaranteed returns may not find one in prepaid tuition plans. Long touted as a no-risk way to save for college, prepaid plans generally allow parents to purchase college credits at slightly above current market prices, and then cash them in when their child heads off to school.

Some investors predict that prepaid plans may be a thing of the past in coming years. Since 2008, several prepaid plans have either closed down entirely or stopped new enrollment, as Tennessee recently did.

The 10 remaining state-run prepaid plans and one independently operated plan provide good value, but also come with restrictions on where funds can be used and questions about whether funds are safe. Here’s what you need to know before investing in 529 prepaid tuition plans.

More bang for your buck

On paper, prepaid tuition plans are an outstanding value. According to financial aid website FinAid.org, college tuition costs increase approximately 8 percent each year. The average cost of one year at an in-state public school today is $19,388 for tuition, fees, room and board according to The College Board, a nonprofit education organization. And private school students pay an average of $39,028. Assuming tuition rate increases continue at the current pace, a baby born this year will pay $77,475 for his or her freshman year at a public college. Those attending private colleges or universities will pay $155,957 just for their first year of school.

“Many of the Colorado schools have raised their tuition 10 (percent) to 12 percent. In California, we’re seeing increases of 10 (percent) to 30 percent,” says Jeffrey P. Morand, a certified college planning specialist and president of JP Morand & Co., a college planning firm in Englewood, Colo. Morand says that with tuition prices increasing so quickly, prepaid plans frequently offer greater value than other college savings vehicles.

Prepaid plans offer nice tax incentives, too. As is the case with 529 college savings plans, funds stored in prepaid plans are exempt from federal income tax if the plan holder uses them for qualified education expenses, according to the Internal Revenue Service. Depending on your state’s regulations, consumers invested in a prepaid tuition plan may also get a state tax deduction as well.

For parents who watched their children’s 529 college savings plans plummet when the market dropped in 2008, the fiscal benefits of a prepaid plan are secondary to the security they provide. Unlike 529 college savings plans where investor money is directly tied to stock market fluctuations, states frequently assume the risk in state-run prepaid plans. The exception is Texas, which places the risk on colleges themselves. The nation’s sole independent prepaid program — the Private College 529 Plan — offers prepaid contracts through more than 270 private colleges throughout the U.S. and puts the risk on the colleges, too.

Regardless of how the market performs or how much tuition increases, a college credit purchased today in a prepaid plan will still be redeemable for the same value in 10, 15 or even 20 years.

“(Prepaid plans) take market volatility out of the equation,” says Nancy Farmer, president and CEO of the Private College 529. “You don’t have to watch the market. It’s done. College is paid for.”

Should students choose a school that’s outside of the plan’s coverage area, parents can roll the funds over to another sibling attending college or they can withdraw the principal they invested. Some states, such as Massachusetts, provide a small amount of interest, but it’s usually at or below 3 percent.

“You’d be able to get the money you invested back, but you would have lost out (on the earnings) you thought you were locking in,” says Tim Higgins, author of “Pay For College Without Sacrificing Your Retirement.”

“(Families) really need to ask how the (prepaid) plan is going to keep up with 7 (percent) or 8 percent of tuition inflation each year,” says Higgins.

Morand adds that families can research the safety of a prepaid plan by requesting several years’ worth of the plan’s financial audits — some states offer this information online — and having a CPA review the plan’s available assets versus the amount it has to pay out each year.

“If it looks apparent that the (plan) funds were growing at 6 (percent), 7 (percent or) 8 percent, but yet (tuition) prices were going up by 10 (percent) or 14 percent every year, you can’t do that for very long,” Morand says.

Before enrolling in a prepaid 529 plan, Morand encourages families to research a plan’s security, whether it’s backed by a guarantee and to ask plan administrators about what happens if the plan starts to lose money while you hold an account.

“Families have to make sure that a prepaid plan is going to be around when the student needs it,” he says.