A long time ago in a galaxy far, far away, Han Solo famously said he wasn’t interested in standing up for a cause. “I’m in it for the money,” he told Princess Leia in the original “Star Wars.” That might make him a scoundrel, but his true financial style runs deeper than his words.

In fact, these classic characters all exhibit traits any fan of the franchise can use to learn what to do — and what to avoid — when it comes to money management.

We asked some financial Jedi to examine 6 classic “Star Wars” characters and identify their corresponding money habits. Which character are you?

Are you constantly under financial pressure, like Han? Decisive and commanding, like Darth Vader? Or maybe you relish extravagance and instant gratification, like Jabba the Hutt? 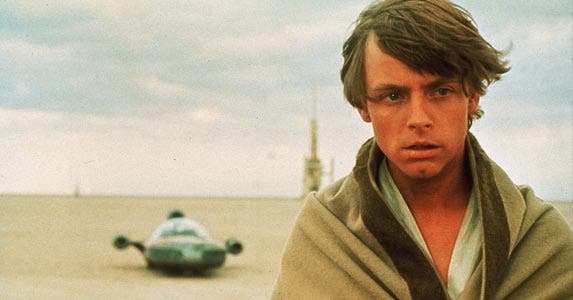 Money doesn’t mean much to Luke. It’s all about the Force.

At the same time, growing up a poor farm boy on a desert planet, he knows how to recycle, reuse and make a few bucks — or “credits.”

Money savvy: “He’s definitely a saver, not a spender,” says Mark Foster, director of education and marketing for Credit Counseling of Arkansas.

“He should be a lesson to all of us,” Foster says.

Luke’s biggest expenditures: a couple of used droids and a mountain of hospital bills after that penultimate battle with Dad.

His biggest challenge: resisting the call of the Dark Side.

If this sounds like you: You’re already financially conservative, and you know how to stretch a buck.

So go ahead and solicit advice from trusted friends or advisers, Foster says. “But ultimately, you need to make sure you’re making the right decision for you, and not what you feel the other people in your life want you to do.” 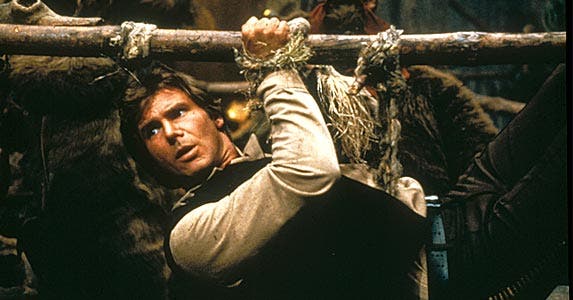 Han Solo goes from crisis to crisis without much of a plan. But he’s definitely one guy you want on your side or watching your back in a fight.

Money savvy: While he’s smart, street-wise and self-reliant, Han’s money skills are hit and miss. He thrives on risk, such as by winning the Millennium Falcon in a card game. He’s also so deep in debt that Jabba the Hutt sicked bounty hunters on him.

In an epic battle, Han’s a hero. But when it comes to finances, let’s hope Princess Leia keeps the books at their house.

If this sounds like you: That “act first, think later” philosophy leads “into a sea of red ink,” says Bruce McClary, vice president of public relations for the National Foundation for Credit Counseling.

“It’s a toxic approach to money management,” he says. Instead, make a plan, and stick to it.

Another thing that helped Han: being part of a team.

“In situations where (Han was) with others who were more level-headed, they tended to guide him back on course,” McClary says.

So if debt is menacing your financial galaxy, it could be time to reach out for some guidance, he says. 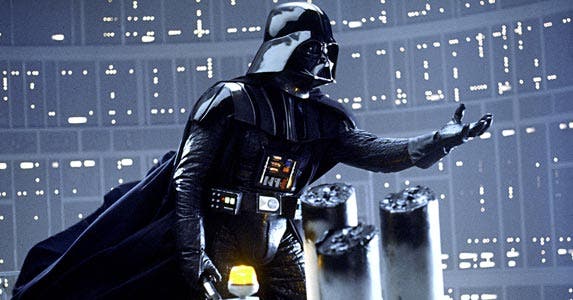 As money managers go, the Dark Lord of the Sith has done all right for himself.

Born to a single mother from a poor background, he’s worked his way into the upper echelons of executive management. And he has aspirations to take over and run the whole show.

Money savvy: This is a guy who’s definitely got a 5-year plan and a healthy portfolio.

Vader is all about thinking 3 moves ahead. So even though he’s living large (most of it on the Empire’s expense account), you know he also has more than enough put aside for a rainy day. Or enough to regroup in case those plans of universal domination hit a small snag.

Vader’s not the type to entertain other opinions, Foster says. And that can be a problem with shared household finances.

“You have to take into consideration the other person’s decisions and what they may want,” he says. “It helps to talk to people, like your significant other.”

Another problem for Darth Vader: A brash, decisive approach could blind you to the potential downsides of a money move or investment strategy. And that can be dangerous to your financial universe. 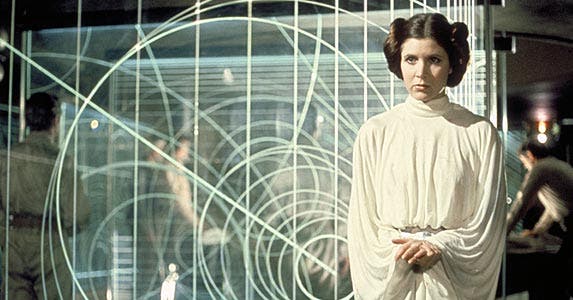 More dame than damsel, this is one princess who’s definitely not waiting around to be rescued.

Smart, independent, organized and responsible, Leia also knows the value of asking for help. (Which is why she reaches out to Obi-Wan Kenobi in the first place.)

And this is one lady who’s likely dotted all the i’s and crossed all the t’s in her financial life — especially where her obligations to others are concerned, Long says.

Like a lot of women, “She’s the glue that holds (everything) together,” Long says.

If this sounds like you: If Leia is like many of her professional sisters, she might actually be too conservative in her investing strategy by keeping too much in cash, she says.

“Give yourself some credit if you have the foundations in place,” Long says. And also make sure you’re not sacrificing your own happiness or financial health for the sake of everyone else’s needs. 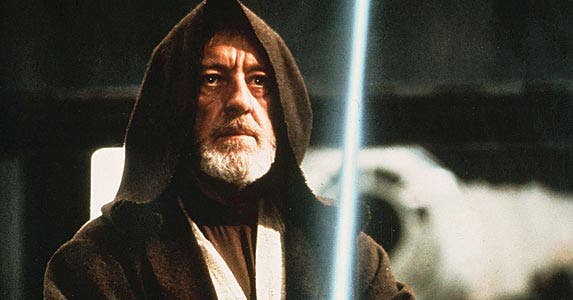 While he doesn’t have a ton of money, his needs are simple, and he makes do.

He relocated to a hot, dry climate where living is less expensive. While Tatooine’s no Miami Beach, at least it’s conveniently close to his onetime mentee — Luke.

Money savvy: Wise in the ways of the Force, Obi-Wan is also smart with his money. He has a modest home and no debts. But while Ben was saving the galaxy during the Clone Wars, he probably should have been putting away a little more for his golden years.

Then again, with Darth Vader and the emperor as enemies, he probably didn’t expect to live long enough to retire.

On the plus side, “Decades of frugal retirement have taught him to negotiate for a better deal,” as he proves when he haggles with Han and mesmerizes the stormtroopers, says Opperman.

If this sounds like you: Even living simply, you’ll still have unplanned emergencies, so salt away a few dollars. That way, if you need to travel unexpectedly, your godson won’t have to sell his landspeeder. 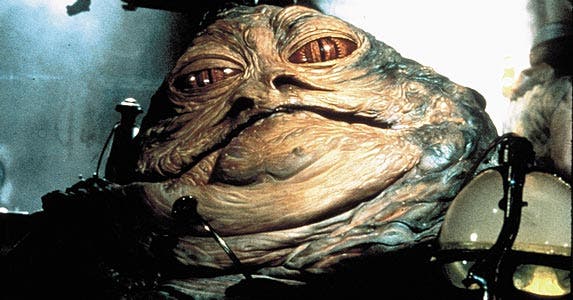 Jabba the Hutt is the ultimate example of conspicuous consumption.

From the dancing girls and constant feasting to the ultralavish abodes with henchmen and bounty hunters at his disposal, this is a guy who has everything, he says.

And it’s literally killing him.

Money savvy: A successful crime lord who’s convinced that more is always better and that the money will never stop rolling in, Jabba probably doesn’t have much of an emergency fund, Foster says.

Then again, there’s no telling what that carbonite Han Solo art piece would bring at the local pawn shop.

If this sounds like you: For the love of the Force, stop. Just stop. 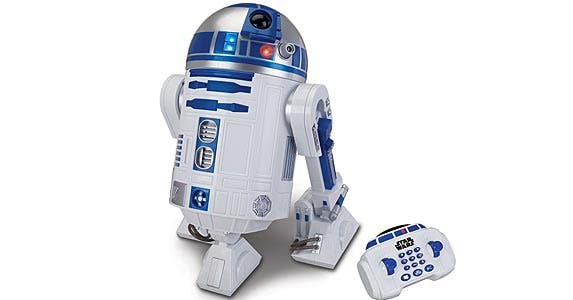 Want to win an interactive R2-D2 or other “Star Wars” action figures from Thinkway Toys? Take our quiz to determine which “Star Wars” character you are, then Tweet your results using #BRGiveaway for a chance to win one of 6 toys.