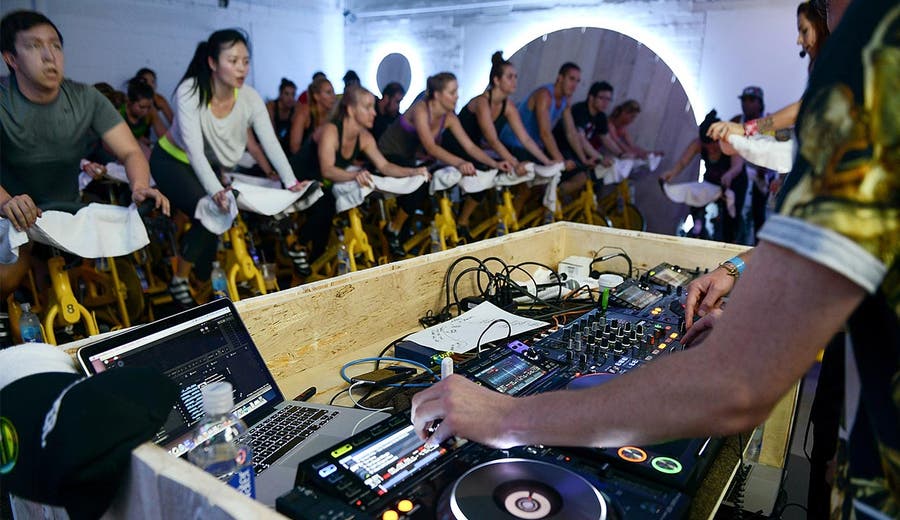 Would joining the most expensive gym in town strong-arm you into actually working out? Or would a no-contract, pay-per-visit approach produce a more favorable waistline-to-wallet-size outcome?

While we ponder this question over a bowl of Ben & Jerry’s, teams of behavioral economists across the country have been inching closer to what motivates us (or not) to stay fit and healthy.

There’s little doubt that exercise can save you money in health care costs. According to a recent study in the Journal of the American Heart Association, patients with heart disease who met certain exercise guidelines saved more than $2,500 a year on medical costs versus their sedentary peers. Healthy people with just one cardiovascular risk factor saved about $500 on average. So, getting a gym membership would seem to be an opportunity to enhance both fiscal and physical health.

That said, while the choice between Chunky Monkey flavored ice cream and 10 bench press reps might seem pretty straightforward, the circuitous route we take to arrive at our fit-versus-flab decision is anything but.

The menu of challenges

Further complicating the subject is something behavioral scientists call “time inconsistency.” Justin Sydnor, an associate professor at the University of Wisconsin’s School of Business, who has been studying gym motivation for years, explains how our mind works out the kinks.

How we fool our “selves”

“Think of yourself as having different selves — your morning self and your evening self, your today self and tomorrow self — and those selves disagree about what the best plan of action is. My today self makes a plan to go to the gym starting tomorrow, and my tomorrow self disagrees and decides to put it off a day,” he says. “When you have that type of behavior, you end up with patterns of procrastination and other self-control problems, to where you always have a plan but you never follow through with it.”

So, would joining that high-priced gym yield a healthier you? Here’s what behavioral scientists have deduced so far.

Commitment in the moment

A 2006 study by economists Stefano DellaVigna and Ulrike Malmendier examined gym attendance by contract choice at three U.S. health clubs. To their surprise, they found that those who chose a contract with a flat monthly fee of $70 or more attended 4.3 times per month on average, at a per-visit cost of about $17, when they could have paid much less — $10 per visit, on the 10-visit pass.

We tend toward overconfidence, both in the gym visits we’ll make, as well as our commitment to a membership.

Dr. Brad Klontz, a financial psychologist and author of “Mind Over Money” and “Wired for Wealth,” isn’t surprised.

“We’re making a commitment in the moment, so we’re very motivated and invested in that moment. But research shows that we have a tendency to make a New Year’s resolution five or six years in a row before it actually sticks,” he says. “Where we get into trouble is where we encounter the gym’s savvy salesperson who is going to try to lock you into a monthly reoccurring fee or contract, where otherwise you would have just gone to the gym a few times and then stopped.”

Overconfidence popped up again in the findings of a 2015 study that Sydnor co-wrote with Heather Royer and Mark Stehr. It explored the attendance of 1,000 employees of a Fortune 500 company who were offered $10 per visit to hit the gym for a month as an incentive. If they continued after the initial month, they could put up money ($58 was the average), which they would get back after two months of continued attendance; otherwise their voluntary financial incentive would go to charity.

Although the incentive alone had little lasting effect on employee behavior and faded after two months, there was some lasting effect of making the money commitment and participation was strongest among those who were “(over)confident about their future behavior.”

“Sometimes, overconfidence definitely has a negative connotation because it’s basically about being unwilling to listen to new and relevant information,” says Sydnor. “But when we’re talking about understanding our own behavior, a little bit of overconfidence in what we’re going to achieve can help us get part of the way there.”

“Investing in an annual subscription is influenced by a psychological approach that makes one feel confident and at peace with their goals without considering the financial implications,” he says. “Many people underestimate this aspect and do not realize their biases affect their financial decisions. What divides us from our dreams is not what we do not know, but what we think we know.”

If you’re entertaining a membership to the elite gym in town, all three of our experts agree: Take it slow and pay per visit, first.

“I’m a little skeptical that by paying more, you’ll be able to motivate yourself,” says Sydnor. “While it may occasionally work for some people, we have a lot of evidence of people spending substantial sums of money, both at gyms but also for home exercise equipment, and then not using them. The dominate evidence we have is that, for most people, that’s not by itself going to be a very effective tool.”