7 financial lessons from ‘Game of Thrones’ 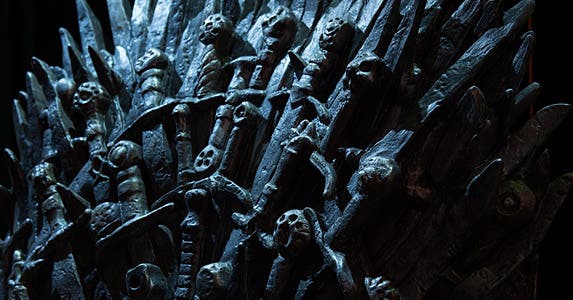 “Thronies,” the fans who would rather endure a Cersei-style naked walk of shame than miss an episode of “Game of Thrones,” will tell you that the show’s mix of sex, savagery and political intrigue have made HBO’s epic fantasy series a huge hit.

But the show, which has shattered Emmy award records in the drama category and is based on author George R.R. Martin’s book series “A Song of Ice and Fire,” also offers some valuable money lessons, says Matthew McCaffrey, an academic who has written about the financial themes.

“Both ‘Game of Thrones’ (and the books) have more to teach us about economic and social life than we might think,” says McCaffrey, a postdoctoral fellow who teaches economics at the University of Illinois at Springfield.

“Money and finance are closely tied to the rise and fall of the great houses of Westeros (on ‘Game of Thrones’), just as they are to our houses in the real world,” he says.

Beware of spoilers (and weddings!) as we present these things your household can learn from House Stark, House Lannister and the others. 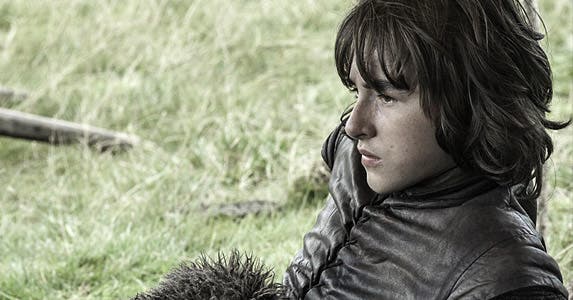 “Winter Is Coming” is the title of the series’ very first episode and could be a tagline for the entire series.

When House Stark head Ned Stark first utters the line, it’s after his wife Catelyn expresses concern that their son Bran is too young to have just witnessed an execution.

On a literal level, it’s a reference to the weather, which grows colder as the series progresses. But the line also can be read as a declaration that it’s time for Bran, and just about everyone else, to start acting like grownups and get ready for an uncertain, and possibly very difficult, future.

Financial lesson: It’s never too soon to prepare for what’s ahead. That’s good advice for most people, especially when you consider that surveys have found that as many as half of Americans aren’t saving for retirement at all, and that most who are saving aren’t putting enough aside.

A great way to prepare for your future is to begin saving early. Starting in your 20s gives you at least 40 years to grow your money. 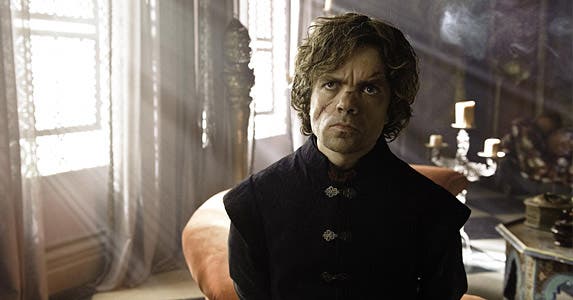 If credit reporting agencies were to exist in medieval Westeros, you can bet that members of House Lannister would have lofty credit scores. That’s because “a Lannister always pays his debts,” as every Lannister is fond of saying.

Perhaps that’s what makes Tyrion Lannister a good choice when he is named “Master of Coin” in season 3, akin to finance minister for Westeros.

“Master of Coin is a vital player because he can manipulate taxation, borrowing and even the value of money,” says McCaffrey.

Financial lesson: Paying your debts promptly is always wise advice. Even better is to make sure you don’t incur more debt than you can pay.

But that’s a challenge for many. The Federal Reserve Bank of New York reports that outstanding household debt has been growing, though more modestly, and student loan delinquencies remain elevated.

While some borrowing, like a mortgage, can be considered good debt, higher-interest credit cards and other loans can put you in financial danger.

RATE SEARCH: If you carry too much debt, pay it down with a personal loan. Compare offers at Bankrate now. 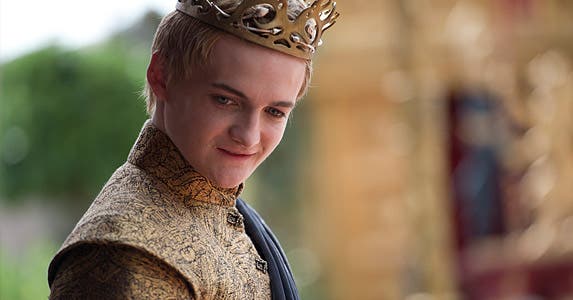 As you might expect, any show that features recurring storylines about royals is bound to get caught up in questions of succession. And, as “Game of Thrones” fans know all too well, those who wear the crown aren’t always the best candidates for the job.

When the series begins, we see a world still dealing with the fallout from the killing of a monarch known as the “Mad King” because of his unpredictable temper. But even worse is the cruel boy-king Joffrey Baratheon, who later assumes the Iron Throne and displays a lust for blood. His successor, his younger brother Tommen, seems emotionally ill-equipped to be monarch.

Financial lesson: The show demonstrates — in extreme terms — how badly things can go when you don’t designate heirs.

The lesson for the average American household is that a little estate planning can go a long way.

Though the cost of preparing a will is relatively low, studies show most Americans don’t have a will or an estate plan. That’s as bad as not having your dragons or your magic coin to rely on in the world of “Game of Thrones.” 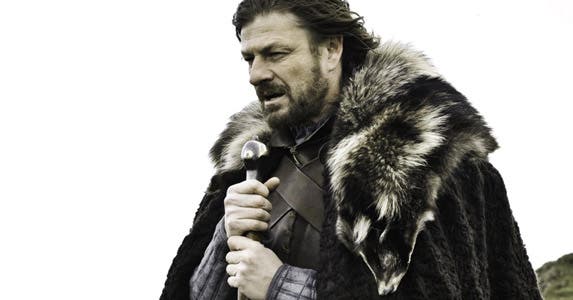 Be certain your trust is well-placed

The typical “Game of Thrones” episode features characters plotting the betrayal of others, finding out they themselves have been betrayed, then trying to flee with their lives.

Betrayal is a major theme, and no character, no matter how powerful, is immune from a good double-cross. Indeed, it’s the betrayal of Ned Stark that sets in motion much of the show’s story.

Financial lesson: The constant backstabbing on “Game of Thrones” makes a viewer wonder about the challenge of thriving in a world where trust is in short supply.

Even in our world — without the threat of epic betrayals — we face our own trust questions, especially when it comes to financial matters. Can you put your faith in your financial adviser? What about your real estate or insurance agent? Fortunately for you, the real world offers tools and resources to verify and keep tabs on the experts you entrust with your money. 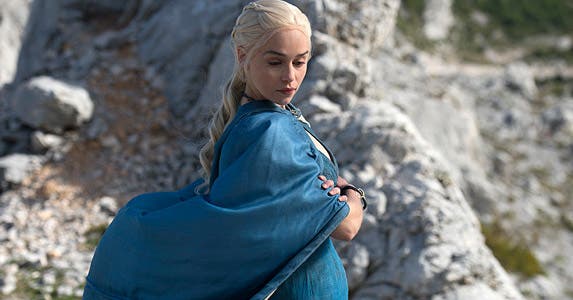 Thronies know well that the map of the world seen in the “Game of Thrones” opening credits keeps expanding to include additional territories as the series has progressed.

In fact, the world is so big that 2 of the major threats to the show’s 7 Kingdoms — the white walkers (think zombies from the Arctic) and Daenerys Targaryen’s dragons — have remained largely unseen by many of the characters in the series. Out of sight, out of mind. For now.

Financial lesson: Like the characters in “Game of Thrones,” we live in a big world. But unlike those characters, we have ways of staying informed about the faraway forces that impact our lives and wallets — whether it’s a European debt crisis or economic pressures from China.

So if there’s a financial takeaway from the sprawling geography of “Game of Thrones,” it’s this: We literally can’t afford to ignore the rest of the world. 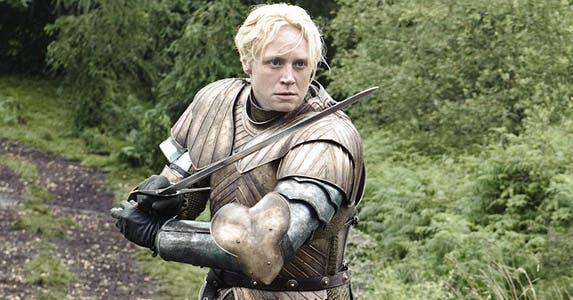 A woman can achieve wealth and power in the world of “Game of Thrones.” But respect doesn’t necessarily come easily to a woman in Westeros, particularly when she dons armor and picks up a sword.

Viewers have seen only one female knight: Brienne of Tarth. While she’s as strong and dutiful as any male knight, few people take Brienne’s martial skills seriously. Indeed, in season 2, other soldiers laugh uncontrollably when they hear that Brienne is a knight.

Tomboy Arya Stark is underestimated in similar fashion, despite her impressive way with a sword.

Financial lesson: Though women have achieved positions of power and wealth in our society, challenges remain, just as Brienne and Arya have found.

Consider that in today’s workforce women still earn, on average, 79 cents for every dollar earned by men, according to the Institute for Women’s Policy Research. The group predicts that women won’t achieve equal pay until 2059. 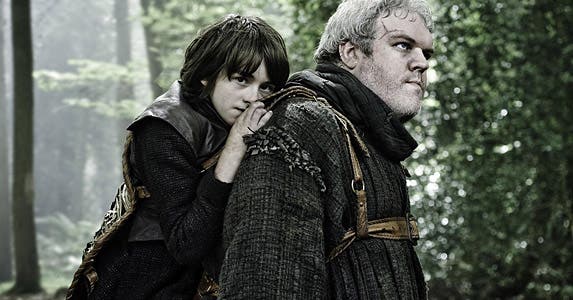 Modern-day insurance products don’t exist in “Game of Thrones,” which is unfortunate for young Bran Stark. He narrowly survives a fall from a great height and then lingers in a coma. He eventually regains consciousness and learns he’ll never walk again.

From that point on, Bran is dependent on his caregiver, a slow-witted giant with the name “Hodor” (also the only word in his vocabulary), who is strong enough to carry Bran on his back.

Financial lesson: Having good health insurance is one thing, but even the best policies cover only your immediate medical care. If you’re unable to work because of a disability, you need a financial Hodor to carry you.

While you may be able to obtain some assistance from your state (depending on where you live) or the federal government, many of us rely on disability coverage through work.

According to the trade group the Insurance Information Institute, about half of all large and midsize U.S. employers offer coverage that would provide income during a long-term disability. However, those group policies often don’t go far enough and need to be supplemented with private disability insurance.

RATE SEARCH: Start building an emergency fund. Get some interest on your savings starting today by shopping money market accounts.